1 in 5 Tenants in LA Has Struggled with Rent During Pandemic, Study Finds 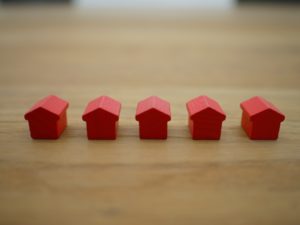 Many angelenos are struggling to pay rent amid the pandemic-driven recession. Credit: Tierra Mallorca, Unsplash.

A UCLA-USC study of census data shows thousands of L.A. renters are at risk of eviction when the California eviction moratorium expires on Tuesday, Sept. 1; tens of thousands more are in deep financial trouble.

Twenty-two percent of Los Angeles County tenants paid rent late at least once from April to July, while between May and July, about 7% did not pay any rent at least once, according to a joint UCLA-USC report released today as a statewide eviction moratorium is set to expire.

The report documents the hardships faced by tenants during the COVID-19 pandemic, and it traces those hardships overwhelmingly to lost work and wages as a result of the economic shutdown.

Among households in the county that did not pay rent, either in full or partially, about 98,000 tenants have been threatened with an eviction, while an additional 40,000 report that their landlord has already begun eviction proceedings against them. California’s moratorium on evictions is scheduled to end Sept. 1, but lawmakers are currently considering a bill that would extend certain protections through Jan. 31, 2021.

Researchers at the UCLA Lewis Center for Regional Policy Studies and the USC Lusk Center for Real Estate analyzed data from the U.S. Census, as well as data from an original survey conducted in July 2020 of 1,000 Los Angeles County renter households. The survey, in particular, gave researchers new insights into the circumstances facing L.A. renters. The study was authored by Michael Manville, Paavo Monkkonen and Michael Lens, all with the UCLA Luskin School of Public Affairs, and Richard Green, director of the USC Lusk Center.

“I think everyone understood, early on, that renters might be in trouble as a result of COVID-19 and its economic fallout, but conventional sources of data don’t give us a good window into whether renters are paying or not, and into how they are paying if they do pay,” said lead author Manville, an associate professor of urban planning. “We were able, by using data from a special census survey, and especially our own original survey of renters, to get a direct sense of these questions.”

The researchers first analyzed the U.S. Census Bureau’s Household Pulse Survey, a weekly survey that asked if renters have paid rent on time and if they think they will be able to pay the next month’s rent on time. This data was augmented by the UCLA Luskin–USC Lusk survey, which asked not only if renters paid on time but if they paid in full and if they were threatened with an eviction or had eviction proceedings initiated against them.

The study found that tenants have been facing unprecedented hardships during the COVID-19 crisis, substantially more so than homeowners. Overall, the study also found that most tenants are still paying their rent during the pandemic but are often doing so by relying on unconventional funding sources. The majority who pay late or not at all have either lost their work, gotten sick with COVID-19 or both.

This crisis is particularly acute in the Los Angeles region and other high-cost cities, where an existing affordable housing crisis and an economic slowdown resulting from mitigation efforts to curb the pandemic intersect to threaten the stability of many households.

“Even before the pandemic, L.A. renters, especially low-income renters, were struggling,” said Lens, associate faculty director of the UCLA Lewis Center. And while most renters who miss rent have entered into some type of repayment plan, they’re not out of the woods yet.

“Nonpayment occurs disproportionately among the lowest-income renter households, so repaying back rent could be a tremendous burden for them,” Lens said.

The study also found that renters were suffering disproportionately from anxiety, depression and food scarcity, and they are relying much more than in the past on credit cards, family and friends, and payday loans to cover their expenses. One-third of households with problems paying rent relied on credit card debt and about 40% used emergency payday loans.

The prevalence of these non-conventional forms of payment, along with the incidence of job loss among tenants, suggests the importance of direct income assistance to renter households.

Co-author Green, director of the USC Lusk Center for Real Estate, said that although data show that most renters have been paying their rent, government policies can help strengthen the ability to do so.

“One of the main concerns among landlords at the beginning of the pandemic was that tenants weren’t going to pay their rent if they knew they weren’t going to be evicted,” Green said. “Not only have we not seen any evidence of this, but getting money in renters’ hands through unemployment insurance or rental assistance helps a lot.”

Helping renters now will not only stave off looming evictions next month but “also prevent cumulative money problems that are no less serious, such as renters struggling to pay back credit card debt, struggling to manage a repayment plan or emerging from the pandemic with little savings left,” he said.

Across the state, most evictions were halted in April by the California Judicial Council, the state’s court policymaking body.

The eviction moratorium was set to expire in June, but it has been postponed to Sept. 1 to allow local and state lawmakers more time to develop further protections, including the bill currently under consideration. Given the unconventional means renters reported using to pay rent, the new study says that policies that provide funds to renters could help mitigate a swath of evictions and homelessness that had been predicted by previous reports by researchers at UCLA and elsewhere.