A computer algorithm called ‘Eva’ may have saved lives in Greece 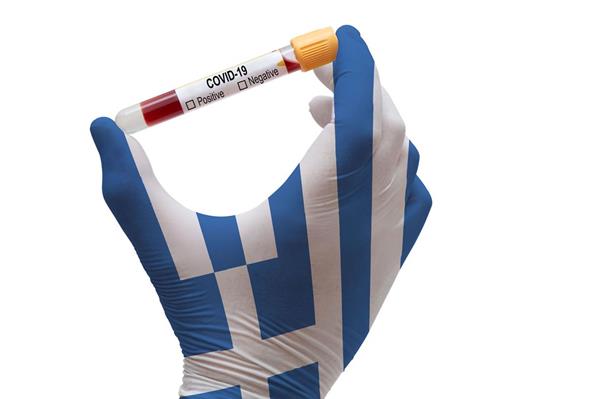 USC and University of Pennsylvania’s Wharton School of Business researchers collaborated with Greek researchers and a private company CEO to help Greece do more with less and curb COVID-19’s spread when the country reopened, a study shows. It’s one of the latest examples of how USC researchers deploy artificial intelligence for public good.

A prescriptive computer program developed by the USC Marshall School of Business and Wharton School of Business of the University of Pennsylvania for Greece to identify asymptomatic, infected travelers may have slowed COVID-19’s spread through its borders, a new study in the journal Nature indicates.

“It was a very high-impact artificial intelligence project, and I believe we saved lives by developing a cutting edge, novel system for targeted testing during the pandemic,” said Kimon Drakopoulos, a USC Marshall assistant professor of Data Sciences and Operations and one of the study’s authors.

In July 2020, Greece largely reopened its borders to spare its tourism-dependent economy from the devastating impact of long-term shutdowns amid the pandemic.

Greece collaborated with USC Marshall and Wharton to create “Eva,” an artificial intelligence algorithm that uses real-time data to identify high-risk visitors for testing. Evidence shows the algorithm caught nearly twice as many asymptomatic infected travelers as would have been caught if Greece had relied on only travel restrictions and randomized COVID testing.

The joint study, made possible by a public-private partnership, was published Wednesday in the journal Nature.

The Eva project began in summer 2020 when Drakopoulos, curious about Greece’s announcement that it was reopening its borders, sent an email to Prime Minister Kyriakos Mitsotakis asking questions about the country’s plan and volunteering his help.

Within a few hours, Drakopoulos said, he received a reply directly from Mitsotakis inviting him to a meeting.

Then, USC Marshall and Wharton School researchers, along with AgentRisk founder and CEO Jon Vlachogiannis formed a partnership with Greece to develop Eva for health monitoring in the tourism-dependent country. The country had a limited supply of COVID testing supplies — an experienced shared across the globe due to supply chain issues — yet had to identify likely infected travelers who came through any of the 40 different entries on its borders.

After months of design, development and testing with the Greek COVID-19 scientific task force, the researchers launched Eva.

Eva helped Greek authorities sort through massive amounts of data provided by tourists, such as where they planned to stay and visit, as well as the demographics of each traveler. Researchers programmed Eva to sift through the information and develop profiles of the travelers who were likely infected but asymptomatic and needed testing.

“At the beginning of the cycle, travelers interested in going to Greece fill out a form online,” said Gupta. “They share information like where they’ve been before, demographic information, and their travel  itinerary. Based on that information, we — and Eva — were able to recommend who should be tested.”

The design of Eva

Throughout the summer of 2020, certain cities and regions were experiencing spikes while others were not. Eva took these demographic differences and the traveler’s disclosed information into account. Then, it pointed Greek health authorities to the travelers with the highest potential of infection for testing.

To prevent blind spots, the system also pointed authorities to test travelers for which they had limited data. This was critical for reinforcing Eva’s accuracy, which improved over time, the research showed.

With Eva, Greece tested about 17% of the estimated 41,830 households arriving in or passing through the country every day and nearly doubled the number of infections that a typical randomized testing approach would have captured.

“Given that randomized testing requires a large testing supply, Eva offers an impressive alternative,” said Drakopoulos. (Click on the video for further explanation.)

Drakopoulos said he was inspired to reach out to Greece given his prior data research on epidemics. Some of the main ideas of Eva’s underlying model are similar to ones used by digital advertisers to place ads on social media, he said.

A series of videos featuring in-depth Q&As by USC Marshall Dean Geoff Garrett with researchers Drakopoulos and Gupta are online.

Funding for the study came in part from grants to Gupta by the National Science Foundation (CMMI-1661732)  and the Institute for Outlier Research in Business.