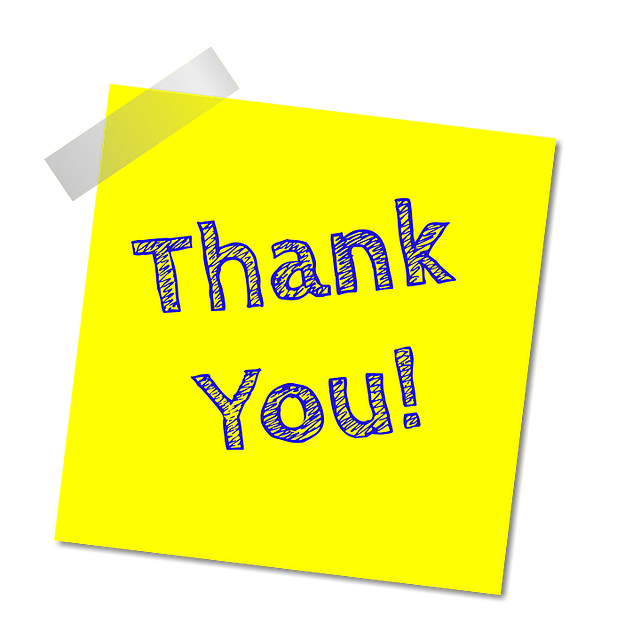 The study also showed that most workers — regardless of age, gender or other demographic — would prefer to receive written thank-you’s and find them more meaningful than public praise.

A new USC study finds many workers across various job sectors feel underappreciated, especially by their bosses, and roughly half of employees say they are thanked less than once per week by their supervisors.

The authors say their study generally shows that the workplace is full of missed opportunities for thanking others.

Researchers with the USC Marshall School of Business also found employees value written thanks over spoken expressions of gratitude and prefer their managers to deliver the message one-on-one instead of in front of larger groups.

The study showed employees value expressions of thanks in writing because of the time and effort it takes, the specificity of the gratitude expressions and the ability to use it as a record of their performance.

Another top-ranked reason is that employees enjoy re-reading thank-you notes when they need a morale boost, said study author Peter Cardon, professor of clinical business communication and academic director for the MBA for Professionals & Managers program at USC Marshall.

“We wondered if handwritten thanks had gone out of style, but for one-quarter to a third of our respondents, handwritten thanks were right at the top of the list,” he said. Within the group that participated in the one month of gratitude journaling, respondents described in great detail handwritten notes they’d received years earlier: “They described pulling them out on a rainy day, and the handwritten form really made a big difference.”

Cardon and study co-authors Janna Wong and Cole Christie were surprised that this preference for handwritten thanks was consistent across age groups, with millennials enjoying handwritten notes as much as those from older generations.

Prior research overwhelmingly shows that when employees feel appreciated and thanked, they are happier, more engaged with their work and more committed to their colleagues and organizations, the researchers noted.

Based on the new study, the authors suggest that managers should learn to give thanks more often and in a variety of forms. They should also understand that one-on-one expressions of thanks to their employees are often preferred to an expression of gratitude in front of others.

“During Thanksgiving and the holidays, managers and leaders are likely to send out mass emails or other digital messages to thank employees for their efforts. It’s really a missed opportunity,” Cardon said. “Our research really shows managers need to focus on personalized, individual thank-you expressions.”

Other key findings of the study:

The study authors point out that management consultants often suggest that leaders and other professionals should express thanks more often in the workplace, but that research about gratitude in the workplace is limited. With millions of Americans working from home due to the COVID-19 pandemic, many are yearning for connection and the feeling of being appreciated, Cardon noted.

“We’re learning from public polling that people are more grateful for what they have in their personal lives, but at the same time there’s a lot of anxiety in their professional lives,” he said. “That’s when hearing that ‘thanks’ could be particularly meaningful.”