Aided by stem cells, a lizard regenerates a perfect tail for the first time in 250 million years 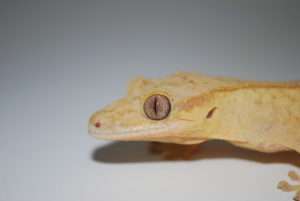 The USC-led experiment has implications for improvements in human wound-healing.

Lizards can regrow severed tails, making them the closest relative to humans that can regenerate a lost appendage. But in lieu of the original tail, which includes a spinal column and nerves, the replacement structure is an imperfect cartilage tube. Now, for the first time, a USC-led study in Nature Communications describes how stem cells can help lizards regenerate better tails.

“This is one of the only cases where the regeneration of an appendage has been significantly improved through stem cell-based therapy in any reptile, bird or mammal, and it informs efforts to improve wound healing in humans,” said the study’s corresponding author Thomas Lozito, an assistant professor of orthopaedic surgery and stem cell biology and regenerative medicine at the Keck School of Medicine of USC.

These new and improved lizard tails exhibit what is known as “dorsoventral patterning” — meaning they have skeletal and nerve tissue on the upper or dorsal side and cartilage tissue on the lower or ventral side.

“Lizards have been around for more than 250 million years, and in all that time no lizard has ever regrown a tail with dorsoventral patterning, until now,” Lozito said. “My lab has created the first regenerated lizard tails with patterned skeletons.”

To achieve this, the team of scientists from the medical schools at USC and the University of Pittsburgh analyzed how lizard tails form during adult regeneration, compared to embryonic development. In both cases, neural stem cells or NSCs — the stem cells that build the nervous system — play a central role.

Adult NSCs produce a molecular signal that blocks skeletal and nerve formation and encourages cartilage growth, effectively “ventralizing” both sides of the tail. This results in the cartilage tube typical of regenerated tails.

Even in the absence of this ventralizing signal, adult NSCs are incapable of generating new nerve tissue for the dorsal side of the tail.

In contrast, embryonic NSCs produce this “ventralizing” signal only in the cartilage region that becomes the lower or ventral side of the tail. Meanwhile, in the absence of this signal, the upper or dorsal side develops skeletal and nerve tissue. Thus, the tail acquires the intricate dorsoventral patterning characteristic of original embryonic appendages.

However, if embryonic NSCs are implanted into adult tail stumps, they respond to the ventralizing signal and fail to develop into dorsal structures.

To overcome these obstacles, Lozito’s team used gene-editing tools to make embryonic NSCs unresponsive to the ventralizing signal and surgically implanted these cells into adult tail stumps — leading to the regeneration of perfect tails.

“This study has provided us with essential practice on how to improve an organism’s regenerative potential,” Lozito said. “Perfecting the imperfect regenerated lizard tail provides us with a blueprint for improving healing in wounds that don’t naturally regenerate, such as severed human limbs and spinal cords. In this way, we hope our lizard research will lead to medical breakthroughs for treating hard-to-heal injuries.”

Additional co-authors include Ricardo Londono and Aaron X. Sun from the University of Pittsburgh School of Medicine and Megan L. Hudnall from USC.

Top photo caption: A lizard species known as a mourning gecko can regenerate its tail, but the replacement is an imperfect copy of the original. Stem cells fix that.