Researchers investigate why certain brains are more vulnerable to addiction 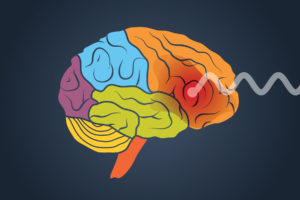 In a report published today, researchers in neuroscience, addiction and behavioral health laid out the latest research into what makes individuals vulnerable to substance abuse and dependency, along with new discoveries that may hold the key for successful prevention and treatment for those addicted to opioids and other drugs.

The authors noted that, although use of psychoactive drugs has occurred in almost every society in human history, fatalities from the more recent wave of opioid use is unprecedented, with more Americans dying from overdoses than from car accidents.

Their study, published in Psychological Science in the Public Interest, makes the case that understanding the neurobiological mechanisms underlying drug-seeking behaviors is critical, as is finding evidence-based prevention strategies for opioid abuse in particular and substance abuse in general.

“Addiction is a disease of decision-making,” said lead author Antoine Bechara, a professor of psychology at the USC Dornsife College of Letters, Arts & Sciences and an expert in the neuroscience of decision-making, addiction and substance abuse. “The majority of people have intact brain mechanisms of decision-making that keep them resilient to succumbing to an addiction. The question is, who is more vulnerable and how do we best determine that?”

Bechara and his colleagues believe advancements in brain science can help identify those vulnerable individuals before they’re exposed to addictive substances, as well as determine how to treat anyone who has become addicted.

The role of the prefrontal cortex in addiction

The authors observed that, during more than three decades of research on drug use, little attention was paid to the importance of the prefrontal cortex — which is key for self-regulation, long-term goal-setting, impulse control and the ability to predict consequences of behavior — in deciding to take drugs in the first place. As such, they’ve brought together evidence showing the most vulnerable have abnormal functioning in neurocognitive systems.

“There are several factors that create the situation where the prefrontal cortex is suboptimal or weak, and the decision-making capacity doesn’t develop normally,” said Bechara. “These are people who become more susceptible to becoming addicted not just to opioids but other drugs they have access to.”

Bechara argues that, in response to the opioid crisis, two extreme positions have been taken.

“First, the pharmaceutical companies sold the idea that opioid medications will only be used by people in pain and people won’t become addicted,” he explained. “That’s not true, because you have no way of telling who is susceptible to becoming addicted and who is not.”

“The overreaction by doctors is another extreme; because of the fear that everyone is going to be addicted to opioids, they are not prescribing them to people in chronic pain who may need them,” he continued. “There are a lot of people who could benefit from controlled administration of those medications, which work very well to treat pain.”

The authors expressed the need for a clinical test to screen and sort out those who are more likely to misuse and abuse opioid drugs, such as those with prefrontal cortex dysfunction. For those who are already addicted, they presented research into behavioral approaches — including training designed to increase working memory capacity — that can boost the functions of the prefrontal cortex.

The researchers also proposed use of procedures like transcranial magnetic stimulation, a noninvasive brain-stimulation technique allowing selective neural stimulation or inhibition. The technique, when used to stimulate the executive decision system of the prefrontal cortex, has been shown to reduce craving or consumption of cocaine, cigarettes and alcohol in prior studies.

The authors acknowledged that more research is needed to better understand those therapies and which will be the most effective.

Additional study authors include Kent C. Berridge, a professor of psychology and neuroscience at the University of Michigan; Warren K. Bickel, a behavioral health research professor, and assistant professor Jeffrey S. Stein, both at Fralin Biomedical Research Institute at Virginia Tech Carilion, and Jose A. Morόn, a professor of anesthesiology, neuroscience and psychiatry, and postdoctoral fellow Sidney B. Williams, both at Washington University in St. Louis.