Business closures, partial reopenings due to COVID may cost the US $3-$5 trillion in GDP over 2 years, USC study finds 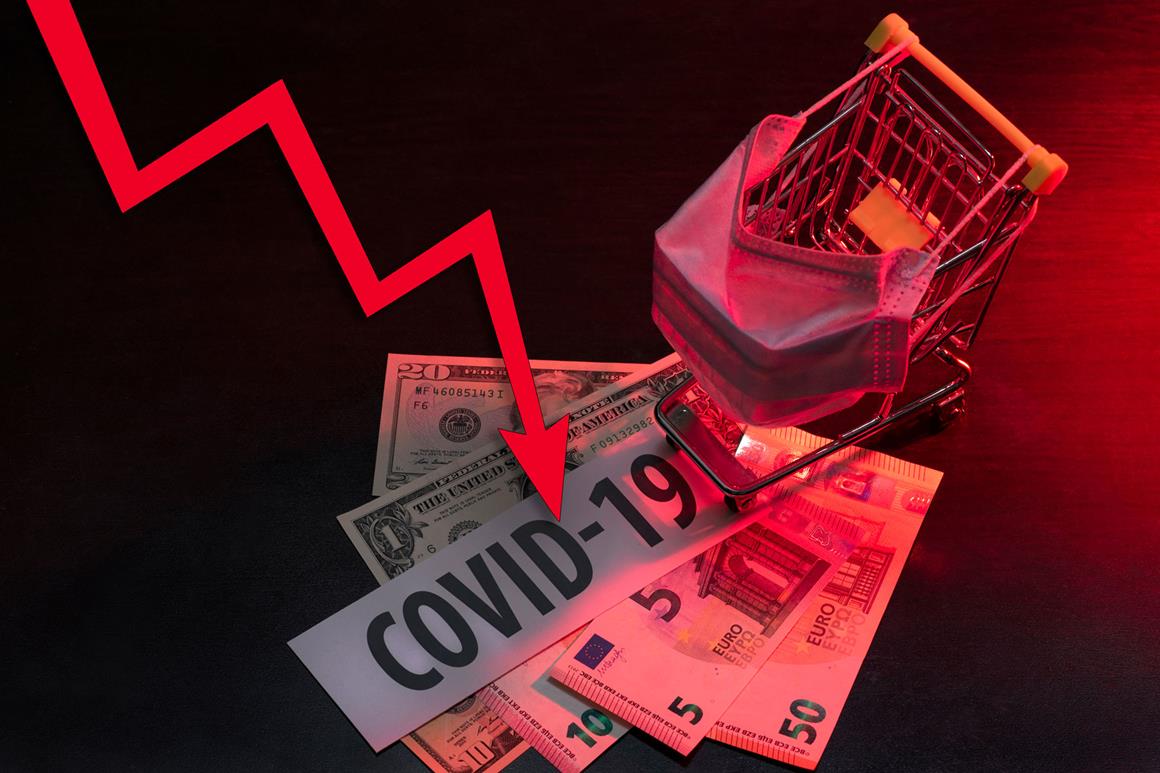 USC economists project that a best-case scenario for the United States hinges on whether the initial mandatory closures and social distancing measures were sufficient to control the rise in coronavirus cases. In a worst-case scenario, infections would ramp up considerably after businesses reopen; thus, forcing another round of closures. The study comes just as many states and counties have announced new closures and restrictions amid a worsening wave of infections.

The COVID-19 pandemic could result in net losses from $3.2 trillion and up to $4.8 trillion in U.S. Real Gross Domestic Product (GDP) over the course of two years, a new USC study finds.

The pandemic’s economic impact depends on factors such as the duration and extent of the business closures, the gradual reopening process, infection rates and fatalities, avoiding public places, and pent-up consumer demand, according to the research by the USC Center for Risk and Economic Analysis of Terrorism Events (CREATE).

Real GDP is a measure, adjusted for inflation, that reflects the value and the quantity of final goods and services produced by a nation’s economy in a given year.

“In a best-case scenario, we would see containment measures, such as masks and social distancing become more widespread, and possibly even a vaccine by next year, and then businesses and institutions would be able to reopen at an accelerated pace,” said Adam Rose, the study team leader who is the director of USC CREATE and a research professor at the USC Price School of Public Policy.

“But in a worst-case scenario, these countermeasures wouldn’t materialize, and reopenings would happen slowly, particularly because we would continue to see waves of infection,” he said. “Then, more people would likely lose their jobs, and the impacts of this disaster would continue to mount.”

The researchers found that the mandatory closures and partial reopenings alone could result in a 22% loss of U.S. GDP in just one year and an even greater loss of GDP over two years. Other key factors, though, will influence how disastrous the losses may be, they noted.

The research team noted that China has not sustained such losses due to aggressive containment measures resulting in a shorter lockdown period. They project that in a worst-case scenario, the U.S. GDP loss due to COVID will more than quadruple that of China.

The study was published on Nov. 30, 2020, in the journal Economics of Disasters and Climate Change.

In early March, several states responded to a rise in COVID-19 cases by ordering the closures of non-essential businesses such as restaurants, bars, salons and retail stores. Many also halted or reduced public services to limit the spread.

Researchers at CREATE who are experts on modeling economic consequences of disasters analyzed the potential economic impact in three scenarios ranging from moderate to disastrous.

Using a computerized economic model, the researchers accounted for these other factors in the three scenarios. They varied the decline in the workforce due to workers becoming sick with or dying of the virus, workers adopting new behaviors like staying home to avoid infection, increased demand for COVID healthcare, potential resilience through telework, increased demand for communication services, and increased pent-up consumer demand.

The researchers conducted a synthesis of the literature of projections on the severity and possible duration of the pandemic.

For the scenarios, which span from March 2020 through February 2022, this compilation of findings indicated that the number of COVID-related deaths in the United States could range from more than 300,000 to, in a worst-case scenario, 1.75 million.

Anywhere from 365,000 to as many as 2.5 million COVID patients could end up in the ICU, while another 860,000 to nearly 6 million patients may be hospitalized but not treated in the ICU. The projected number of people who will be treated for COVID as outpatients may vary from about 2.6 million to 18 million.

Losses due to illness, medical costs

Among other highlights of the study, the researchers projected:

While the researchers have found that the mandatory closures and re-openings are the most influential factor in the U.S. economy’s decline, consumer avoidance behavior also has a significant effect.

For the study, the researchers assumed that various people avoided work, did not attend in-person classes at schools, and stopped going to restaurants, activities and social gatherings to reduce their risk of infection.

“Because people have had to avoid activities, this has had a significant impact on economic losses,” said Dan Wei, a CREATE research fellow and research associate professor at the USC Price School for Public Policy. “Based on our model, we estimate that avoidance behavior can result in nearly $900 billion losses in U.S. GDP in the worst-case scenario. Because consumers in places like California can’t engage in many activities like eating inside a restaurant, they are saving their money.”

The economic losses from closures and avoidance behavior could be partly offset by increased consumer spending after reopening, the researchers said.

“Pent-up demand is one of the most influential factors for the economy in this pandemic. While the mandatory closures and partial reopenings drive most of the economic decline, the extent to which pent-up demand leads to an increase in consumption after reopening, can be crucial to the economic recovery,” said Terrie Walmsley, a USC CREATE research fellow and an adjunct assistant professor of practice in economics at the USC Dornsife College of Letters, Arts and Sciences.

“The key question is: When will we see a complete reopening across this country? We simply cannot predict that, especially in light of the fact that we have not gained control of the spread of the disease,” Rose said.

The work was supported by a U.S. Department of Homeland Security Center for Accelerating Operational Efficiency (CAOE) research contract.

USC CREATE, which is affiliated with the USC Price School for Public Policy and the USC Viterbi School of Engineering, was the first of several research centers in various academic disciplines that the U.S. Department of Homeland Security helped establish in the wake of the terrorist attacks on Sept. 11, 2001.