Candidates, celebrities and secretive groups spend big to win in 2018 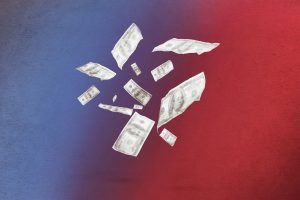 The 2018 midterm elections are already the most expensive midterms in U.S. history, with spending by candidates, political parties and interest groups exceeding the $3.8 billion spent in 2014. The sources behind most of the money raised by candidates and political groups are publicly disclosed, but a sizable amount is from undisclosed, hard-to-trace sources and is known as “dark money.” USC experts are available to share insights on campaign spending, the influence of dark money and the role of Hollywood.

“Before government regulators or lawmakers can shut the door on dark money, we will experience a tidal wave of advocacy and persuasion from unknown sources with hidden agendas. Let the voter beware!

“2018 offers a keen view into dark money spending habits. First, Brett Kavanaugh’s historic Supreme Court confirmation battle sucked in millions of dollars for a type of judicial campaign which has always been replete with advocacy spending in the shadows, and provides examples of expansive activism and issue ads. Second, new groups are following the template of Russian influencers spending dark money in the 2016 campaign by targeting voters and using social media. Third, the digital economy and digital assets provide a type of purchasing power that both attracts fluid currency from dark sources and can avoid detection.’’

Dora Kingsley Vertenten is a professor at the USC Price School of Public Policy.

“Scholars have regularly demonstrated that the more a challenger is able to raise against an incumbent or in an open-seat election, the better that person fares in the general election. Given that House Democratic challengers have done surprisingly well in raising funds this year compared to other years, I would expect to see Democrats make gains in the U.S. House.

“In addition, the role of dark money and other campaign finance fundraising and spending that is harder to track has the potential to cloud the ability for the public to know exactly who is spending what and on whom.’’

Christian Grose is academic director of the USC Schwarzenegger Institute and an associate professor of political science and public policy at the USC Dornsife College of Letters, Arts and Sciences.

“In an era of such bitter divide, and instant backlash against celebrities by Republicans, the top Hollywood celebrities, mostly progressives, are giving money rather than putting themselves center stage. There are discrete events rather than the normal lavish ones to donate to causes and campaigns leading up to the midterms.”

Mary Murphy is an associate professor at the USC Annenberg School for Communication and Journalism.

Small donors give Democrats the edge

“Both parties are raising money at unprecedented levels, but it’s clear that the Democrats’ enthusiasm advantage has fueled their fundraising to an even greater extent. The amount of money from small donors to Democratic congressional candidates is unprecedented. It not only will give them a significant cash advantage in the closing weeks of the campaign, but also points to an even more significant edge in voter turnout.

“Democrats have historically been less successful in motivating their base in non-presidential years, but these small donor fundraising numbers are yet another indicator that 2018 could be different.”

Dan Schnur is an adjunct instructor at the USC Annenberg School for Communication and Journalism and the USC Marshall School of Business.