As races heat up, issues raised on the campaign trail become more pointed and ever more important to analyze. This curated list of USC professors and researchers are following the current election, and are ready to lend their academic expertise for added insight and context on a range of topics.

Voting in an uncertain age: staying safe and feeling counted

Like all things 2020, in-person voting will be different this year. Never before have U.S. voters navigated a pandemic and the potentially disruptive forces of a heated and divided political climate. While early and mail-in voting have reached unprecedented levels, many will show up at polling locations to cast ballots in the traditional way on […]

Follow our experts on Twitter and interact with them on Election Day for analysis and insights as the results roll in. Click to see our recent Midterm Election 2018 source alerts: Hacking the elections Campaign spending & dark money ‘Year of the Woman?’ Millennial voters Blue wave Contact: Jenesse Miller at (213) 810-8554 or jenessem@usc.edu […]

Will next week’s midterm elections be hacked?

With the 2018 midterm elections just one week away, social media companies are stepping up efforts to identify and stop viral deception campaigns. Facebook recently announced a new “war room” to detect and counter hate speech, voter suppression efforts and fake social media accounts due to Russian meddling in the 2016 presidential election and the […]

Candidates, celebrities and secretive groups spend big to win in 2018

The 2018 midterm elections are already the most expensive midterms in U.S. history, with spending by candidates, political parties and interest groups exceeding the $3.8 billion spent in 2014. The sources behind most of the money raised by candidates and political groups are publicly disclosed, but a sizable amount is from undisclosed, hard-to-trace sources and is […] 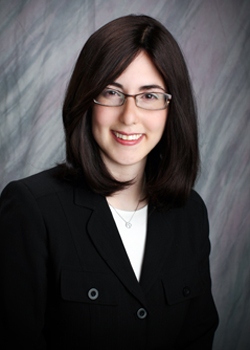 Expert in managerial and organizational decision-making

Expert in presidential elections, and political advertising and policy

Expert in constitutional law and the U.S. Supreme Court

Expert on health policy and the Affordable Care Act