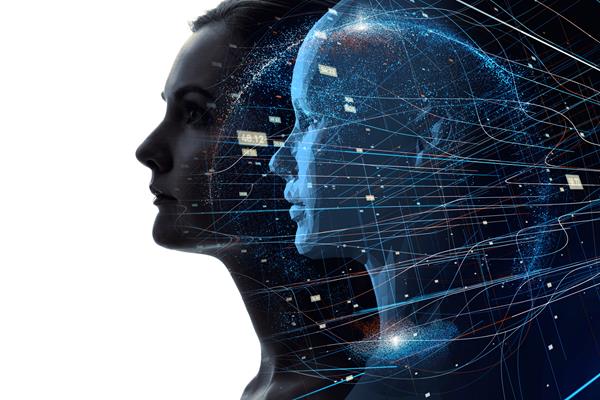 Though algorithms are increasingly being deployed in all facets of life, a new USC study has found that they fail basic tests as truth detectors

Most algorithms have probably never heard the Eagles’ song, “Lyin’ Eyes.” Otherwise, they’d do a better job of recognizing duplicity.

Computers aren’t very good at discerning misrepresentation, and that’s a problem as the technologies are increasingly deployed in society to render decisions that shape public policy, business and people’s lives.

Turns out that algorithms fail basic tests as truth detectors, according to researchers who study theoretical factors of expression and the complexities of reading emotions at the USC Institute for Creative Technologies (ICT). The research team completed a pair of studies using science that undermines popular psychology and AI expression understanding techniques, both of which assume facial expressions reveal what people are thinking.

“Both people and so-called ‘emotion reading’ algorithms rely on a folk wisdom that our emotions are written on our face,” said Jonathan Gratch, director for virtual human research at ICT and a professor of computer science at the USC Viterbi School of Engineering. “This is far from the truth. People smile when they are angry or upset, they mask their true feelings, and many expressions have nothing to do with inner feelings, but reflect conversational or cultural conventions.”

Gratch and colleagues presented their findings today at the 8th International Conference on Affective Computing and Intelligent Interaction in Cambridge, England.

Yet, algorithms aren’t so good at catching duplicity, even as machines are increasingly deployed to read human emotions and inform life-changing decisions. For example, the Department of Homeland Security invests in such algorithms to predict potential threats. Some nations use mass surveillance to monitor communications data. Algorithms are used in focus groups, marketing campaigns, to screen loan applicants or hire people for jobs.

“We’re trying to undermine the folk psychology view that people have that if we could recognize people’s facial expressions, we could tell what they’re thinking,” said Gratch, who is also a professor of psychology. “Think about how people used polygraphs back in the day to see if people were lying. There were misuses of the technology then, just like misuses of facial expression technology today. We’re using naïve assumptions about these techniques because there’s no association between expressions and what people are really feeling based on these tests.”

To prove it, Gratch and fellow researchers Su Lei and Rens Hoegen at ICT, along with Brian Parkinson and Danielle Shore at the University of Oxford, examined spontaneous facial expressions in social situations.

In one study, they developed a game that 700 people played for money and then captured how people’s expressions impacted their decisions and how much they earned. Next, they allowed subjects to review their behavior and provide insights into how they were using expressions to gain advantage and if their expressions matched their feelings.

Using several novel approaches, the team examined the relationships between spontaneous facial expressions and key events during the game. They adopted a technique from psychophysiology called “event-related potentials” to address the extreme variability in facial expressions and used computer vision techniques to analyze those expressions. To represent facial movements, they used a recently proposed method called facial factors, which captures many nuances of facial expressions without the difficulties modern analysis techniques provide.

The scientists found that smiles were the only expressions consistently provoked, regardless of the reward or fairness of outcomes. Additionally, participants were fairly inaccurate in perceiving facial emotion and particularly poor at recognizing when expressions were regulated. The findings show people smile for lots of reasons, not just happiness, a context important in the evaluation of facial expressions.

“These discoveries emphasize the limits of technology use to predict feelings and intentions,” Gratch said. “When companies and governments claim these capabilities, the buyer should beware because often these techniques have simplistic assumptions built into them that have not been tested scientifically.”

When attempting to read emotions, context is king

Prior research shows that people will make conclusions about other’s intentions and likely actions simply based off of the other’s expressions. While past studies exist using automatic expression analysis to make inferences, such as boredom, depression and rapport, less is known about the extent to which perceptions of expression are accurate. These recent findings highlight the importance of contextual information when reading other’s emotions and support the view that facial expressions communicate more than we might believe.

The research papers were funded by the U.S Army and a grant (#FA9550-18-1-0060) from the European Office of Aerospace Research and Development.