Every 66 seconds, someone in the U.S. develops Alzheimer’s

More than 70 USC researchers from across disciplines are dedicated to the prevention, treatment and potential cure of Alzheimer’s disease, which kills more than breast cancer and prostate cancer combined. 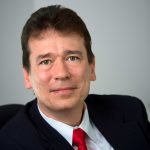 “A revolution in our understanding of brain aging will come as the global scientific community works together to discover factors that protect us as we age. We have already discovered a range of hotspots in our DNA that boost or impair our brains as we age. By pooling DNA and brain scans from over 30,000 people across the world, we are beginning to crack the brain’s genetic code — including the remarkable code that shapes the brain’s memory system, the hippocampus.”

Paul Thompson directs the ENIGMA consortium (Enhancing Neuro Imaging Genetics Through Meta Analysis), which unites over 700 scientists from 35 countries, utilizing their talents and resources in the quest for factors that protect us as we age.

Thompson can discuss brain mapping, autism, Alzheimer’s disease, HIV/AIDs and traumatic brain injury. He is associate director of the USC Mark and Mary Stevens Neuroimaging and Informatics Institute at the Keck School of Medicine of USC. 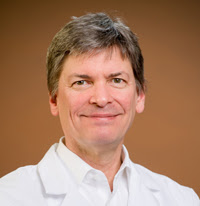 “To prevent the onset of Alzheimer’s, we will use an amyloid vaccine in people who carry the high-risk gene but do not have symptoms. We are just starting this unique, multicenter clinical trial.”

Lon Schneider can discuss Alzheimer’s disease diagnosis and treatment, the effects of drugs on mental processes and behavior, and cognitive impairment and aging. He is a member of the Lancet dementia care commission, which will present its findings and recommendations for advancing care for people with dementia in July at the Alzheimer’s Association International Conference in London.

Essential, long-term studies Schneider is involved in include vascular risk programs, brain research observational studies, brain donation, the A4 study for preclinical Alzheimer’s, clinical trials of hormones and amyloid antibodies for people with symptoms, and treatment for people with dementia and difficult behaviors.

Schneider is director of the California Alzheimer’s Disease Center at USC, director of the clinical core of the Alzheimer Disease Research Center and a professor of psychiatry and the behavioral sciences at the Keck School of Medicine of USC. 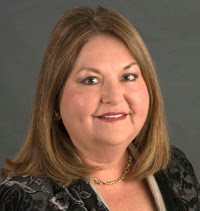 “Although serving as a caregiver to a family member with dementia can be meaningful, evidence suggests this type of caregiving can lead to early death or, in less extreme cases, be harmful mentally, emotionally and physically.

“We are currently testing The Savvy Caregiver Program, which is a training series designed to build health literacy, provide caregiving skills and develop a healthy caregiving outlook for family members. We hope to identify the components of the caregiver intervention program that are effective and that can be adopted by health and community-based organizations in the near future.”

Maria Aranda can discuss mental health and caregiver issues related to helping older adults with Alzheimer’s disease or dementia. She is also an expert in cultural diversity issues in health and mental health.

Aranda is a faculty member of the USC Edward R. Roybal Institute on Aging and an associate professor at the USC Suzanne Dworak-Peck School of Social Work. 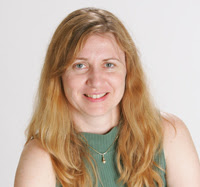 “Until Alzheimer’s is eradicated, humane care for patients with continuing loss of cognitive and physical functions will be a challenge. Personalized one-on-one socialization for these individuals that are aimed to reduce isolation, loneliness and depression often do not get addressed because of the already prohibitive costs of Alzheimer’s care.

Maja Matarić pioneered socially assistive robotics with the goal of improving life span health for numerous special needs populations, including individuals with autism, Alzheimer’s and stroke survivors. She can discuss how robots can adapt, learn and provide supplemental care.

Matarić is the founding director of the USC Robotics and Autonomous Systems Center and a professor of computer science, neuroscience and pediatrics at the USC Viterbi School of Engineering. 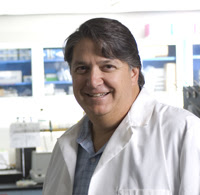 “Risk for Alzheimer’s disease is affected by lifestyle factors such as obesity. Our recent research indicates that obesity increases the risk of Alzheimer’s disease in mice with certain genes. Understanding how genes and environment interact to affect the development of Alzheimer’s is essential for identifying high-risk populations and for developing targeted interventions.”

Christian Pike can discuss brain aging, Alzheimer’s disease and hormone therapy. He is a professor at the USC Leonard Davis School of Gerontology. 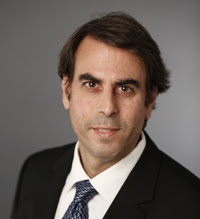 “Much like how doctors treat high cholesterol to reduce the risk of heart attacks and stroke, we may be able to intervene in Alzheimer’s disease before the disease becomes advanced in two of our clinical studies, the A4 and EARLY studies.

“There has been a fundamental shift in our understanding of AD. It is now understood that brain changes related to AD are occurring decades before any symptoms are present. As we move forward, ATRI will work with academic, industry and philanthropic partners to develop new methods to accelerate drug development for AD by establishing trial-ready cohorts to conduct new and innovative studies in the earliest stages of AD.”

Michael Rafii can discuss Alzheimer’s disease, increased risk of Alzheimer’s for people with Down syndrome and clinical trials. He is clinical director of the USC Alzheimer’s Therapeutic Research Institute (ATRI) and an associate professor of clinical neurology at the Keck School of Medicine.

Identifying the beginnings of Alzheimer’s 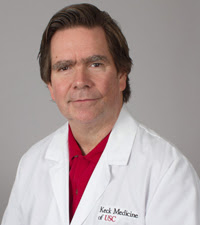 “We now know Alzheimer’s changes the brain 15 to 20 years before symptoms begin to show. In a small number of highly genetic Alzheimer’s cases, 1 in 2 children of affected persons may inherit the gene and be destined to develop the disease, typically at a relatively young age.

“We can study these individuals while they are still presymptomatic, allowing us to identify early changes occurring in the brain. We have been studying members of these unique families for almost 20 years and are testing medications to prevent Alzheimer’s in this population.”

John Ringman can discuss neurologic disorders combined with cognitive, emotional or behavioral problems, neurodegenerative diseases, cognitive disorders and Alzheimer’s and dementia. He is the Helene and Lou Galen Professor of Clinical Neurology at the Keck School of Medicine.

ALZHEIMER’S AND AGING
As a research institution devoted to promoting life span health, USC has more than 70 researchers dedicated to the prevention, treatment and potential cure of Alzheimer’s disease. The memory-erasing illness is one of the greatest health challenges of the century, affecting 1 in 3 seniors and costing $236 billion a year in health care services. USC researchers across a range of disciplines are examining the health, societal and political effects and implications of the disease.

In the past decade, the National Institute on Aging has nearly doubled its investment in USC research. The investments include an Alzheimer Disease Research Center.