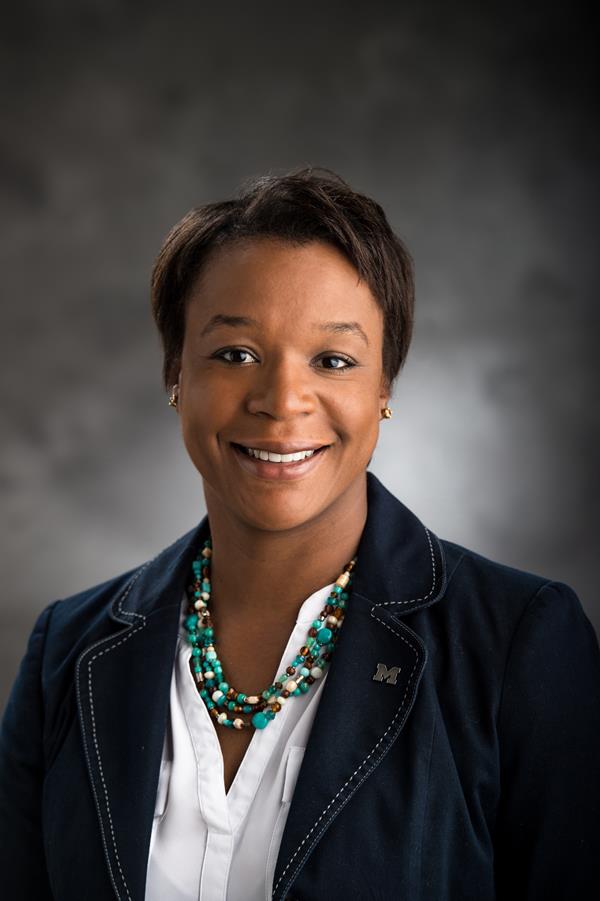 Ishop brings decades of higher education expertise to her new role as vice president for enrollment management at USC.

Ishop joins USC from the University of Michigan, where she oversaw undergraduate admissions, financial aid, new student programs and other student services as vice provost for enrollment management.

“Kedra Ishop is a national leader in admissions whose talents are a welcome addition to our leadership team,” USC President Carol L. Folt said. “Her knowledge in the areas of diversity, affordability and access will be critical to helping USC continue to attract the best and brightest students from all backgrounds.”

Ishop will guide admissions, financial aid and registration functions at USC, among other responsibilities, beginning August 1. She will also promote student success and retention through efforts that ensure students have opportunities to achieve their personal and professional goals in an engaging and rewarding environment.

“There’s such a great, well-functioning team already there doing great work,” Ishop said. “My role is to come in and unite and propel and prioritize the goals of the institution, particularly around access, equity and affordability.”

She has served with national and international organizations focused on diversity, affordability and assessment in admissions and enrollment. She is a founding member of the College Board Access & Diversity Collaborative, a resource and advocacy group that provides information and tools to higher education institutions as they create policies and practices in support of educational diversity and access.

Ishop also has ties to USC. She has taught in the USC Rossier School of Education’s online master’s program in enrollment management and policy and attended conferences held by the school’s Center for Enrollment Research, Policy and Practice.

She holds three degrees from University of Texas at Austin: a bachelor’s in sociology, a master’s in higher education administration and a doctorate in educational administration.

“Throughout her career, Kedra has embraced policies and practices that support diversity, access and equality in the admissions and enrollment process,” USC Provost Charles F. Zukoski said. “We are excited to collaborate with her as we further strengthen our application process and make a USC education even more accessible. The qualities she brings will be ever more important as we move into the post-COVID environment. She will play a crucial role, and I look forward to working with her.”

Ishop replaces Katharine Harrington, who announced in October 2019 that she would step down at the end of the fiscal year after 15 years in leadership roles focused on admissions and financial aid at USC — most recently as vice president of admissions and planning. After a sabbatical, Harrington will return to the USC Marshall School of Business, where she is a professor of clinical management and organization.

New enrollment leader to build on legacy of access, diversity at USC

In her new role, Ishop will strengthen ongoing efforts to increase affordability and access at USC. The university relies on its need-blind admissions process to ensure it admits top students, regardless of their ability to pay. Nearly two-thirds of all USC students receive some form of financial aid, and the university recently announced a major expansion of financial aid to support low- and middle-income families.

USC’s undergraduate student body is also increasingly diverse, Zukoski said, noting that nearly 30% of current students are underrepresented minorities. In addition, 21% are eligible for Pell Grants, a common measure of students from low-income households. About 15% are in the first generation of their family to attend college.

Ishop said she is encouraged to see that USC prioritizes diversity and inclusion in admissions and enrollment.

“That’s part of why I’m excited to come to USC and work with Dr. Folt and Dr. Zukoski, to follow in that tradition of those being the tenets of the institution,” she said. “You can’t be excellent without diversity, equity and inclusion. You have to start there and build up.”

In addition to strengthening those priorities, Ishop emphasized ongoing efforts to safeguard the security and fairness of the admissions process.

“Everyone wants to feel like they have a fair shake at being able to achieve their goals,” she said. “The process has to be built to support them and what they can bring to the university. Transparency in our admissions process, strategies that support those who have less access and enable them to compete, and systems that ensure our colleagues are protected from influence are all essential.”

Lessons in equity started at a young age for Texas native

Ishop grew up in a small town an hour from Houston, Texas, her childhood characterized by “cowboy boots, barbeque and breakfast tacos.” Her mother taught English; her father worked in civil service after a military career. Both emphasized the importance of education.

“They also grounded within me the importance of equity and justice and the pursuit of both through administrative processes,” Ishop said. “From the time I could walk and talk, they had me alongside them in their activism as they sought to correct wrongs, promote equity and provide opportunity in my community.”

As a student at the University of Texas at Austin, Ishop volunteered in the admissions office and soon took charge of various student programs. Upon graduating in 1998, she became an admissions counselor at the university and steadily rose through the ranks. She helped manage the university’s admissions offices in Dallas and Houston before becoming associate director of admissions in 2003. Five years later, she completed her doctorate and became vice provost and director of the Office of Undergraduate and International Admissions. Through it all, she found rewards in her daily interactions with students, families and colleagues.

“It’s such a fulfilling area, to be able to change lives through the students you engage with, the staff you mentor and the way you can change the direction of an institution and how it engages with the community,” she said.

Ishop noted that her eldest son just graduated from high school. Viewing the college application and enrollment process from the other side was a valuable reminder of how meaningful it is for countless families around the nation.

“It’s always the first and most important experience of these young people’s lives as they take this next step in their journey,” she said. “Navigating that with them and creating processes that satisfy their hopes and dreams has been tremendously rewarding. Educational administration was a calling I didn’t imagine before I started this work in college, and it’s where I’m meant to be.”