This morning, as expected, the Supreme Court of the United States announced its opinion overturning Roe v. Wade, sending the decision on abortion’s legality to state governments. This decision stands to have a far-ranging ripple effect, well beyond women seeking to terminate a pregnancy. The rollback of abortion rights may impact voter turnout, the training of doctors, the health of the economy, as well as family stability. 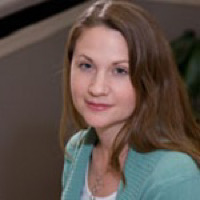 “When we use partisan shortcuts and demonize one side or the other, we lose sight of the truly crucial features of policy: What are the current outcomes that we see in the world and find unacceptable; what are the possible changes we could make to improve that situation; how can we enact that change?

“Abortion policies and the choices of women of reproductive age and their families should not simply be a flag for political parties to wave.”

Pamela McCann is an associate professor at the USC Sol Price School of Public Policy. Her recent work addresses the impact of the interaction of state and national political institutions on political choices and policy outcomes. 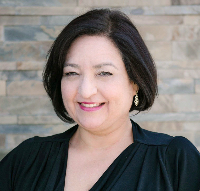 “The stripping away of patients’ rights always has a greater impact on the most vulnerable. In the U.S., there are 13 trigger states that are going to ban abortion as soon as Roe is overturned. By contrast, in California proposed legislation SB 1375 would increase access to high-quality care including first-trimester abortion care by nurse practitioners, which increases access for all Californians.”

Cynthia Sanchez is a clinical assistant professor of nursing at the USC Suzanne Dworak-Peck School of Social Work. She is an expert on women’s health, working with underserved populations, health equity and health promotion. 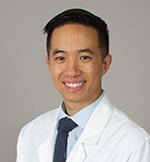 “Restrictions to abortion access will have a profound effect on the education of ob/gyns and the care of women nationwide. Doctors who are well-trained in the provision of both medical and surgical abortion are better able to provide the full range of options to women who not only want to terminate but who are dealing with miscarriage and stillbirth. Therefore, restrictions to abortion will have a greater negative impact on women beyond those who are desiring to terminate a pregnancy alone.

“Many of the legislated restrictions on women’s access to abortion don’t acknowledge that more individuals than women are impacted by abortion, including their male partners, their families, their children. Abortion is not a decision made by women alone, it’s often made as part of a couple. If more men were aware of the importance of speaking out about abortion, abortion would not be so stigmatized.

“Men can and should be involved in sexual and reproductive health care. Even if men do not undergo abortion procedures, they still experience an abortion. We estimate that approximately one in five men have been involved in an abortion, and that’s likely an underestimate because some men are unaware, or they misreport because of stigma. In a survey of men whose partners had an abortion, about half of the men said they desired the abortion so they could focus on the children they already have.”

Brian T. Nguyen is an assistant professor of obstetrics and gynecology at the Keck School of Medicine of USC who researches men’s role in reproductive health care.

For voters, abortion is ‘highly mobilizing’ 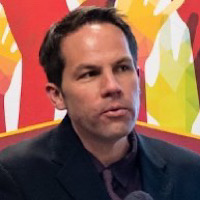 “In past midterm elections, social issues have motivated voters both on the right and the left to turn out. When the economy is bad, political parties have used social issues like abortion to motivate their base.

“This has recently been an effective tactic of Republican candidates. However, this time the issue of abortion very well may help Democrats and it is highly mobilizing to their base of voters in what could be a Republican year.”

Christian Grose is an expert in U.S. politics and government, especially the politics of the policy-making process. He is an associate professor at the USC Dornsife College of Letters, Arts and Sciences and academic director of the USC Schwarzenegger Institute for State and Global Policy.

A court no longer ‘above politics’? 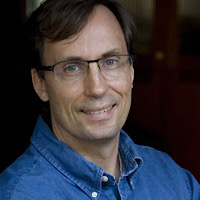 “The unprecedented leaking of a draft decision in a major case, the drumbeat of media coverage about the politicization of the Court, the bitter partisan fights over confirmation and very public calls for major judicial reforms like term limits and court-packing all seem to be contributing to a sense that the Court is no longer above politics but mired in them.”

Jeb Barnes is a professor of political science at the USC Dornsife College of Letters, Arts and Sciences. His research analyzes bias in media coverage of litigation, lawyers’ ethical duties to confront misleading press accounts of the legal system and how the filing of lawsuits influences attitudes toward claimants and their underlying claims.

Ariela Gross is the John B. and Alice R. Sharp Professor of Law and History at the USC Gould School of Law. She is a legal historian whose research and writing focus on race, racism and slavery in the Americas. She is a founder and co-director of the Center for Law, History, and Culture and teaches “Race and Gender in the Law.”

Ange-Marie Hancock Alfaro is a Dean’s Professor of Gender Studies and professor of political science and gender and sexuality studies at USC Dornsife College of Letters, Arts and Sciences. She is an expert in intersections of categories of difference like race, gender, class, sexuality and citizenship and their impact on policy.

Dora Kingsley Vertenten is a professor at the USC Price School of Public Policy. She is an expert in political consulting, election campaigns and social media.

John Matsusaka is the Charles F. Sexton Chair in American Enterprise and a professor of finance and business economics at the USC Marshall School of Business. He is an expert on direct democracy and corporate organization who publishes in economics, finance, law, and political science.

Nicole Mitchell is an OB/GYN with Keck Medicine of USC. She is an expert in addressing healthcare disparities that exist among Ob/Gyn, including among African American, LatinX, and the transgender patient population.

Emily Nix is an assistant professor of finance and business economics at the USC Marshall School of Business. She is a labor economist who has researched the impact of children and abortions on women’s careers.

Dima Qato is Hygeia Centennial Chair and associate professor in the Titus Family Department of Clinical Pharmacy in the USC School of Pharmacy. She is an expert on drug utilization and access to medicines and pharmaceutical policy in the United States and globally.

Alison Dundes Renteln is a professor of political science at the USC Dornsife College of Letters, Arts and Sciences. She is an expert in cultural issues, constitutional rights and American politics.

Rev. Dr. Najuma Smith-Pollard is the assistant director of public and community engagement at the USC Center for Religion and Civil Culture. She is an expert on sexual violence awareness and training and in the roles community and faith leaders play in the work of social change.

Kirk Snyder is the chair of the USC Marshall School of Business’ Business Communication department and professor of clinical business communication. He is a nationally recognized expert on the contemporary workplace and emphasizes that national issues and discord play a role in the process of work and should not be discounted in the well-being of employees.

Franita Tolson is the George T. and Harriet E. Pfleger Chair in Law at the USC Gould School of Law. She is an expert in election and constitutional law.