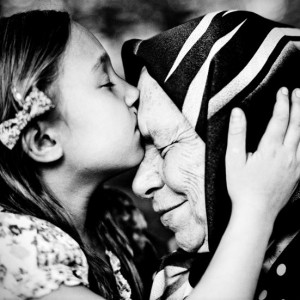 The survivors’ stories of receiving life-saving gifts, recorded and maintained by the USC Shoah Foundation, enabled researchers at the Brain and Creativity Institute at USC to craft scenarios that stimulate gratitude.

Neuroscientists have mapped how the human brain experiences gratitude with help from an unexpected resource: Holocaust survivors’ testimonies.

“In the midst of this awful tragedy, there were many acts of bravery and life-saving aid,” said lead author Glenn Fox, a post-doctoral researcher at the Brain and Creativity Institute at USC who led the study. “With the Holocaust, we only typically associate the awful things. But when you listen to the survivors, you also hear stories of incredible virtue, and gratitude for the help they received.”

The research sheds new light on a very under-studied subject, said the study’s senior author Antonio Damasio, director of the BCI and Dornsife Neuroimaging Institute at USC, and professor of psychology and neurology at USC Dornsife College of Letters, Arts and Sciences.

“There has not been much attention given to the emotion of gratitude, and yet it is extremely important in social behavior,” Damasio said. “Gratitude rewards generosity and maintains the cycle of healthy social behavior.”

Using multiple recordings of testimony from the vast archives of the USC Shoah Foundation, the team of researchers designed a brain-scan study to test and track gratitude in 23 study subjects, most of them in their 20s, who had no personal connections to the Holocaust.

Stimulating feelings of gratitude like the survivors had felt required some preparation for the study subjects. To immerse them in the history of the Holocaust, researchers showed brief documentaries that explained the chronology of the Holocaust: the rise of Nazism and persecution; internment; the Final Solution; the final months and the Liberation. This approach mimicked the visitor experience of the U.S. Holocaust Museum.

The researchers also developed second-person scenarios based on the survivors’ stories about someone giving them something – such as a place to hide or a pair of shoes – that saved their lives.

After showing the documentaries, researchers posed the transcribed stories to the subjects, such as: “You have been sick for weeks. A prisoner who is a doctor finds medicine and saves your life.” The participants rated the depth of their gratitude in 50 such scenarios. With the MRI scanner, the researchers were able to map gratitude’s circuitry in the brain.

“They had an experience of gratitude as they imagined themselves in the situation,” Fox said.

Fox said he and the other researchers found that when the brain feels gratitude, it activates areas responsible for feelings of reward, moral cognition, subjective value judgments, fairness, economic decision-making and self-reference. These areas include the ventral- and dorsal- medial pre-frontal cortex, as well as the anterior cingulate cortex.

In addition to the findings, the subjects reported another benefit of the study: They had, as a result, a much better understanding about the Holocaust and greater empathy for the survivors.

“When they gave testimony to USC Shoah Foundation many Holocaust survivors told us that they found reason to be grateful, whether it was because of a stranger offering a bit of food or a neighbor providing a place to hide,” said USC Shoah Foundation Executive Director Stephen Smith. “These small acts of generosity helped them hold on to their humanity. That Glenn has been able to use testimonies in his incredible research on gratitude shows why it is so important to preserve the voices of people who lived through these dark times.”

Prior studies, as well as ancient philosophers, have implied that gratitude is beneficial for health, wellbeing and relationships. Fox said he is exploring those effects.

The study was funded by the Oskar Schindler Humanities Foundation, the USC Shoah Foundation, and a dissertation research award from the Greater Good Science Center’s Expanding the Science and Practice of Gratitude Initiative.