This year’s theme, Celebrating the Creatives, commemorates the artists, architects, builders, animators and design leaders who embrace the complexities of social, environmental and political concerns. “It’s a privilege to acknowledge these honorees for their passion, dedication and tireless efforts towards creating unique and impactful solutions for some of our world’s most pressing societal issues,” said Willow Bay, interim dean of USC School of Architecture. “They—along with the builders, planners, disruptors, influencers and investors—create and make spaces in the world for dynamic, diverse communities to thrive.” 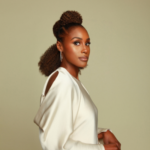 Issa Rae is the recipient of the Citizen Architect Award. “Issa Rae, whose work transcends traditional artistic boundaries, embodies the true spirit of the Citizen Architect,” said Dean Bay. “The USC Architectural Guild and USC School of Architecture honors her efforts to accelerate creative change in communities by developing local talent and businesses, and expanding the entertainment industry’s footprint in South Los Angeles.”

With her own unique flare and infectious sense of humor, Rae first received attention for her award-winning web series and the accompanying New York Times best-seller, “The Misadventures of Awkward Black Girl.” She has since garnered multiple Emmy® and Golden Globe® nominations and made her mark on the big screen. In 2020 Rae formed HOORAE, a multi-faceted media company that develops content across mediums in an effort to break boundaries in storytelling and representation.

Rae’s commitment to South LA is evident in both her personal and professional pursuits. After planting roots near her childhood home, Issa decided to set up the HOORAE headquarters in the heart of South LA. Her participation in the non-profit organization Destination Crenshaw furthers her mission of celebrating Black Angelenos and her ownership in Hilltop Cafe + Kitchen provides much-needed jobs and opportunities for local residents as well as a space for creatives to unlock their potential. 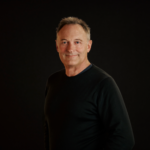 Mark Rios, FAIA, FASLA, ’78, is being honored with the Lifetime Achievement Award for his exemplary accomplishments spanning four decades in redefining the boundaries of design and community. “We proudly recognize Mark’s service to USC Architecture as chair of the landscape architecture division, along with his extensive and unparalleled body of work in complex spaces spanning the commercial, civic, hospitality, institutional and residential sectors,” stated Dean Bay.

After its founding in 1985, Rios Associates built an international reputation for its groundbreaking multidisciplinary approach. In 2020, the firm was renamed RIOS to acknowledge its focus on collaboration across design disciplines. “I have always been fascinated by the intersections between people and places, which has formed a continuous thread in my desire to create memorable environments. My experience at USC inspired me to think beyond disciplines. Today, our approach to transdisciplinary practice has become a mainstay of the profession. I am honored and humbled to accept the Lifetime Achievement Award,” Rios said.

As a deft and eloquent design firm, RIOS is now a local and global leader in diversity, design, sustainability and practice. Since being the recipient of the 2009 USC Architecture Distinguished Alumnus Award, Rios has continued to redefine the boundaries of design, deserving of a lifetime recognition. 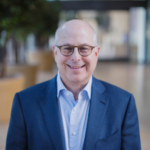 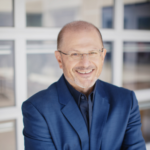 Receiving the Distinguished Business Leadership Award are Hackman Capital Partners, Michael Hackman and Reza Safavi ’84. The Award honors those whose industry acumen, influence and impact are leaving an indelible mark on our local and global economies.

Through decades of leadership and ingenuity, Hackman Capital Partners has brought transformational change to real estate, content creation and the future of the entertainment industry and beyond. “USC Architecture applauds Hackman Capital Partners for working to meet the demands of creative industries,” said Dean Bay. “With world-renowned tenants such as Amazon Studios, Apple, Netflix, HBO, CBS, ABC, Disney, Marvel, Showtime, Sony, Columbia Pictures and Warner Brothers, they are a world leader in providing environments for creatives and innovators to convene, collaborate, be impactful and be inspired.”

Hackman is founder and CEO of Hackman Capital Partners, which he founded in 1986. Under his leadership, the company has become a global real estate investor, operator and developer. “Architecture is at the cornerstone of our business, and we celebrate its power to inspire creativity and transform entire communities,” Hackman said. “To be honored by the Guild with the Distinguished Business Leadership Award is an extraordinary tribute, for which we are sincerely grateful—and we are thrilled to stand among such impressive honorees, current and past.”

“It is an honor to receive this award from the USC Architectural Guild,” said Safavi, who serves as Hackman Capital Partners’ Managing Principal, Real Estate Development. “We applaud the Guild’s mission, not only to support the school, but to forge a significant link between it and the professional community. Because of my long-standing affiliation with the Guild, I have seen firsthand the impact it’s had on the lives of students and the design/build industry at large. The Guild is truly fostering the next generation of architectural leaders, and we are humbled to be recognized by such an important and prestigious group.” 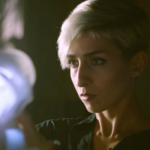 The recipient of the NextGen Award is Behnaz Farahi ’12, an award-winning designer, creative technologist and critical maker. The inaugural NextGen Award was created to recognize individuals under the age of 40 who have emerged as distinguished contributors to architecture and performative design practices. “Behnaz Farahi is a trailblazer whose unique explorations at the intersection of digital and interactive design, architecture, and fashion embody the spirit of this new award category; a direction the School is thrilled to advance and celebrate,” said Dean Bay.

Trained as an architect, Farahi is an award-winning designer based in Los Angeles. She holds a Ph.D. in Interdisciplinary Media Arts and Practice from USC School of Cinematic Arts and a Master in Architecture from USC School of Architecture. Currently, she is an assistant professor at the department of design at California State University, Long Beach. Using computational systems to explore the relationship between the human body and the space around it, her work addresses critical issues such as feminism, emotion, perception and social interaction.

“I am truly honored to be given this award and having my work recognized by the USC NextGen Award for what I am truly passionate about,” Farahi said. “And I am delighted to be recognized by the very institution where I was able to explore ideas about the future of design and technology across many scales from architecture to fashion during my formative years.” 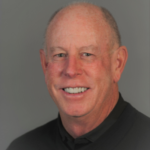 Jim House, FAIA ’81, has been nominated for the Distinguished Alumni Award in recognition of his significant achievement in architecture and service to the professional and academic community. With a strong commitment to the University of Southern California over the decades — serving on the School of Architecture’s Board of Councilors, a former Architectural Guild board member, a visiting lecturer in the Master of Real Estate Development program, and generous supporter of student scholarships — House is an exemplary Trojan. “USC Architecture honors Jim’s contributions in architecture and practice, his outstanding level of service giving back to USC School of Architecture, and his leadership in working to create a more diverse, equitable and inclusive world,” said Dean Bay.

“I’m incredibly honored to be selected as the School of Architecture Distinguished Alumnus,” House said. “I see this recognition is a testament to both the great training I received at USC and to all the remarkable Trojan architects who have mentored and supported me over the years; it inspires me to redouble my commitment to passing my knowledge on to the next generation of architects and the larger design community.”

House has focused his career on the technical development of projects in ambitious architectural collaborations, working with over a hundred different design firms. Launched with partner Doug Robertson in 1996, House & Robertson Architects has remained focused exclusively on collaborations with noteworthy design firms and has grown to encompass over sixty architects in three offices. An AIA member since 1985, Jim was elevated to the AIA College of Fellows in 2018 based on his contributions to the advancement of the practice of architecture via his firm’s groundbreaking approach to architectural collaborations.

About the USC Architectural Guild

The USC Architectural Guild, founded in 1958, is a diverse group of industry leaders who support the School of Architecture by forging a unique link between students, alumni and faculty with the professional community. For over six decades, the Guild has contributed countless volunteer hours and significant fundraising support to benefit students and academic programs.

For more information, please contact Kirsten Peterson Johansen, Assistant Dean for Advancement for the USC School of Architecture at ArchAdv@usc.edu.