Honoring MLK Jr. during a moment of racial reckoning

The holiday honoring Martin Luther King Jr.’s life and legacy will take place on Monday, Jan. 18th and is the only federal holiday designated as a national day of service – a “day on, not a day off.” USC experts offer their thoughts on the civil rights leader’s legacy during an extraordinary moment of racial reckoning in the United States and historic election outcomes in Georgia, the birthplace of Dr. King. 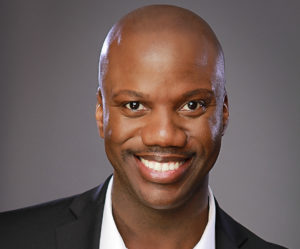 Shaun Harper is Provost Professor of Management and Organization at the USC Marshall School of Business and the Rossier School of Education, the Clifford and Betty Allen Chair in Urban Leadership and executive director of the USC Race and Equity Center.

“In his brilliant letter from a Birmingham Jail, Dr. King penned a critique of what he termed, ‘Do Nothingism.’ He argued that complacency is indeed complicity,” he said.

“The best way to honor King’s legacy is to do something — all we can, in fact — to end racial injustice, white supremacy, white nationalism, hate and evil. The inescapable racial realities of the tragic events at the U.S. Capitol on January 6, 2021 make painstakingly clear that King’s dream for the U.S. remains unfulfilled. ‘Do Somethingism’ is required in these times.”

Civil rights leader was mindful of the power of the press 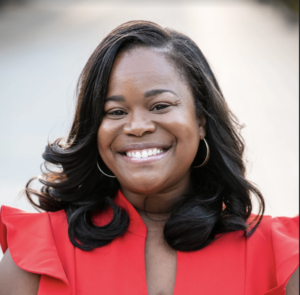 “When I think of Martin Luther King Jr.’s influence, I remain inspired by his skillful use of photojournalism to humanize the Black struggle,” she said. “He was masterful at wooing the press to cover his marches, sit-ins and speeches. Many people may not know that he and his contemporaries — like the late Rep. John Lewis or C.T. Vivian — timed many of their demonstrations to coincide with the 15-minute evening news broadcasts. We did not have 24-hour news cycles back then, so these leaders only had a small window of time to communicate their discontents visually.

“In so many ways, Dr. King was one of the original titans of multimedia, in pursuit of peace. I think he would be proud of today’s citizen journalists who put their bodies in harm’s way to capture injustice and continue his work.”

King’s legacy can be seen in energized voters and leaders 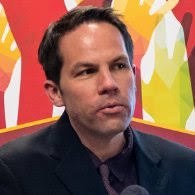 Christian Grose is academic director of the USC Schwarzenegger Institute and an associate professor of political science and public policy at the USC Dornsife College of Letters, Arts and Sciences.

“Martin Luther King’s legacy is seen clearly in the results of the most recent U.S. Senate elections in Georgia,” he said. “Raphael Warnock is the first Black U.S. Senator in the history of Georgia, minister at the same church as King and only the second Black Senator elected in the South since Reconstruction. This would not have been possible without civil rights activists and King fighting for the right to vote.

“Yet this historic change that has roots in King’s legacy also belies restrictions to voter access in a number of counties in the South and beyond that exist today. Since 2013’s Shelby v. Holder Supreme Court decision, it has become easier for counties to make decisions such as closing polling places or changing electoral practices that impact voting rights for communities of color. What will be interesting to watch this MLK Day is whether Congress will choose to pass a new preclearance formula for the Voting Rights Act to reverse this Supreme Court decision.”

Backlash to racial progress has roots in history

Ariela Gross is the John B. and Alice R. Sharp Professor of Law and History at the USC Gould School of Law. Her research and writing focus on race and slavery in the United States, and she is the author of Becoming Free, Becoming Black: Race, Freedom and Law in Cuba, Virginia and Louisiana.

“The legacy of Martin Luther King Jr. and others like Congressman John Lewis, who was a mentor to Raphael Warnock and Jon Ossoff, is part of a long freedom struggle that in law school is often referred to as the second Reconstruction. It was a struggle to give meaning to the 15th Amendment promise of voting rights and the 14th Amendment promise of protection under the law for all persons, which came to fruition in the 1960s. There was also an enormous backlash and people like MLK Jr. were in grave physical danger and even assassinated.

“I hope this current moment of racial reckoning and marching for racial justice taking place over the summer in cities and towns throughout the U.S. means that we might be seeing the beginning of the third Reconstruction, and this insurrection at the Capitol is the last gasp of the white supremacists and a moment when a broader coalition of Americans are saying they recognize that Black Lives Matter.”

Georgia election results should not be eclipsed

Manuel Pastor is a professor of sociology and American studies & ethnicity and director of the USC Equity Research Institute at the USC Dornsife College.

“And then came the storming of the U.S. Capitol. The deeply embedded ills of racism were evident: This was white privilege on the rampage, with police standing down in ways that never occur when there is a protest to protect Black lives or secure immigrant rights.

“The key lessons to take forward are at the intersections of movement politics and electoral politics. We saw how grassroots community organizers, catalyzed by racial justice movements, brought us this new administration and a new political calculus in Congress. The unity required of us now must focus on ending white supremacy and on centering Black, Indigenous, Latinx, Asian American and Pacific Islander, and other people of color’s voices in public policy made at the local, state and national levels. What Georgia taught us cannot be eclipsed by the horror in D.C. or even our hopes about a new administration: change comes from the grassroots.”

Chaos at the Capitol is evidence of need for more progress 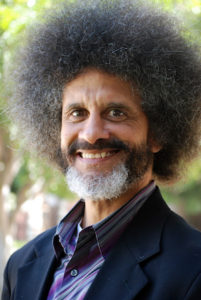 Jody Armour is the Roy P. Crocker Professor of Law at the USC Gould School of Law and an expert on the relationship between racial justice, criminal justice and the rule of law. He is the author of N*gga Theory: Race, Language, Unequal Justice and the Law.

“That King’s dream of racial equality has proven so elusive shows how strong and deep anti-Black bias runs in America,” he said. “The appeal of Trump’s brand of ethno-nationalist demagoguery to many Americans highlights how far this nation still has to go in racial justice matters.

“The rise of white nationalism and recent chaos in the Capitol cast doubt on the story of racial justice progress we like to tell ourselves since King’s assassination. At the same time, the energy and efficacy of the George Floyd protests over the summer affirm the hope and promise of change associated with King’s legacy.”