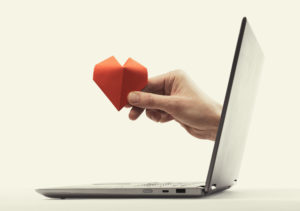 USC researchers report that people affected by COVID-19 show more goodwill to humans and to human-like autonomous machines. The findings suggest that the coronavirus crisis helped close the gap between people and technology.

People are not very nice to machines. The disdain goes beyond the slot machine that emptied your wallet, a dispenser that failed to deliver a Coke or a navigation system that took you on an unwanted detour.

Yet USC researchers report that people affected by COVID-19 are showing more goodwill — to humans and to human-like autonomous machines.

“The new discovery here is that when people are distracted by something distressing, they treat machines socially like they would treat other people. We found greater faith in technology due to the pandemic and a closing of the gap between humans and machines,” said Jonathan Gratch, senior author of the study and director for virtual humans research at the USC Institute for Creative Technologies.

The findings, which appeared recently in the journal iScience, come from researchers at USC, George Mason University and the U.S. Department of Defense.

The scientists noted that, in general, people mostly dispense with social norms of human interaction and treat machines differently. The behavior holds even as machines become more humanlike; think Alexa, the persona in your vehicle navigation system or other virtual assistants. This is because human default behavior is often driven by heuristic thinking — the snap judgments people use to navigate complex daily interactions.

In studying human-machine interactions, the researchers noted that people impacted by COVID-19 also displayed more altruism both toward other people and to machines.

They showed this using the simple “dictator game,” which has been used in other studies as an established method to measure altruism. The scientists selected people who had been adversely affected by COVID-19, based on measurements of stress, and then enrolled them in the roleplaying game – with a twist. In addition to engaging other people in the exercise, the subjects also engaged computers.

Unexpectedly, the people affected by COVID-19 showed the same altruism toward computers and human partners. As the participants were increasingly distracted with coronavirus concerns, they became more compassionate toward machines.

“Our findings show that as people interacted more via machines during the past year, perceptions about the value of technology increased, which led to more favorable responses to machines,” Gratch said.

Also, scientific breakthroughs that produced coronavirus vaccines in record time may have renewed faith in technology. The COVID-19 vaccines were developed in less than a year by leading universities and pharma companies worldwide. Such breakthroughs can affect how people respond to technology in general, Gratch explained.

The study findings are consistent with previous research that shows disasters often bring out compassion in people who feel compelled to help. During the COVID-19 pandemic, people grew more dependent on machines to purchase products online, work remotely from home, take classes or gain manufactured personal protective equipment. The results indicate that it is possible to encourage goodwill toward machines in other ways, perhaps including machines that express emotions or cultural cues.

But the study also raises concerns. For example, nefarious programmers could design machines to look and sound more human to gain people’s trust and then defraud them.

In addition to Gratch, the study authors are Celso M. de Melo of the U.S. Army Research Laboratory and Frank Krueger of George Mason University in Virginia.