As America grapples with racism and extremism, the Juneteenth celebration of the end of slavery has taken on new significance. This week, Congress established June 19 as a federal holiday commemorating the abolition of slavery 156 years ago.

USC experts are available to discuss the significance of Juneteenth and current issues surrounding race. Join the USC Facebook Live on this topic today at 11 am.

In addition, USC will host a Juneteenth celebration this Saturday, June 19, complete with student tributes, artistic performances and speakers.

Progress on racism is inevitably followed by backlash 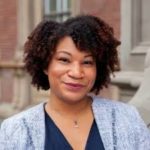 “I often think about the jubilant self-congratulation and definitive declarations that slavery had ended from politicians at the end of the Civil War when all the while an entire population of Black Americans continued to toil in bondage. Has that dynamic really changed?

“Since the 1960s, we’ve had successive waves of legislation meant to prevent racial discrimination in housing, in employment, in education and in barriers to political participation. And likewise, to the present day, we’ve had successive waves of backlash. The election of 2020 saw a record number of Black people not only come out to vote but be able to cast their ballots. Since then, states like Georgia and Arizona have enacted legislation not to make it easier to vote but to make it more difficult for people, especially poor and Black people, to do so.

“This unwillingness to attack structural racism at its source — and indeed, the erection of new barriers to making equal citizens — is part of slavery’s enduring legacy and seems, unfortunately, as American as apple pie.”

Alaina Morgan is assistant professor of history at the USC Dornsife College of Letters, Arts and Sciences. Trained as a historian of the African Diaspora, Morgan’s research focuses on the historic utility of religion, in particular Islam, in racial liberation and anti-colonial movements of the mid- to late-20th century Atlantic world.

Juneteenth: ‘The hope and promise of a more inclusive us’ 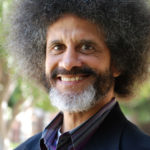 “On Juneteenth we celebrate the deliverance of Black bodies from bondage. When I think of Black bodies in bondage, I think of my own father, a Black veteran of the second World War and proud marine. Our nation showed its gratitude to his service by falsely incarcerating him for the alleged sale of marijuana.

“In time, I came to see his patriotic devotion to the American flag as a profoundly political act, one intimately wedded to Juneteenth. My dad knew that the flag he bled for once stood for slavery and Jim Crow. But he also knew that meanings are not fixed. The hope and promise of a more inclusive us is what my dad saluted in the American flag and celebrated on the Fourth of July, and it’s that same promise that moves me to celebrate Juneteenth as well as the Fourth of July.”

Jody Armour studies the intersection of race and legal decision making as well as torts and tort reform movements as the Roy P. Crocker Professor of Law at the USC Gould School of Law.

Freedom wasn’t given, but a hard-won struggle

“As a historian who has studied the multiple ways enslaved people claimed and seized freedom for themselves, I believe Juneteenth is an opportunity to celebrate freedom as it was taken, not given.

“Enslaved people during the Civil War rushed to Union camps in such numbers that they forced Union leaders to deal with them; Black participation in the Union Army turned the tide against the Confederacy. Freedom was not a gift from Abraham Lincoln or white emancipators; it was a hard-won struggle over centuries. And Juneteenth did not bring an end to that struggle either. The struggle for full freedom and citizenship continued after the war, and continues to the present day.”

Ariela Gross is a professor of law and history at the USC Gould School of Law. Her research focuses on race and slavery in the United States, and she is the author, with Alejandro de la Fuente of Harvard University, of Becoming Free, Becoming Black: Race, Freedom, and Law in Cuba, Virginia, and Louisiana.

What history teaches us about voting rights 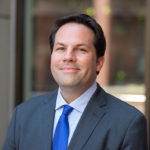 “As we head into Juneteenth 2021, voting rights are central to our national discussion. Access to the ballot box was increased in 2020 to voters of color across the U.S. through the ingenuity of local election administrators using dropboxes, early voting, vote-by-mail and Election Day voting.

“But what does our history teach us about whether these innovations will persist? We know that, following emancipation, Reconstruction provided full voting rights to African American men. Yet the Jim Crow era severely restricted Black voting rights until the passage of the 1965 Voting Rights Act. Today, a number of states have passed or are attempting to pass restrictive voting legislation. As we remember Juneteenth, we should also remember that the right to vote has frequently been expanded and then curtailed in our American democracy.”

Christian Grose is an expert in U.S. politics and government, especially the role of race in the political process. He is an associate professor at the USC Dornsife College of Letters, Arts and Sciences and the USC Price School of Public Policy and academic director of the USC Schwarzenegger Institute for State and Global Policy.