Kyle Henley, a veteran communications leader with decades of academic and corporate experience, has been named USC senior vice president of communications. 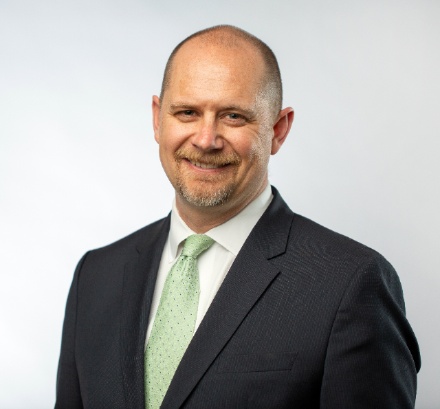 Henley will report directly to USC President Carol L. Folt and serve as part of her senior leadership team, effective March 15. He will provide strategic direction on communicating USC’s academic vision and its community and global impact.

He joins USC from the University of Oregon, where he has served as vice president for university communications since 2015.

“I’m excited to have Kyle join our team and build on our communications efforts,” USC President Carol L. Folt said. “He understands how to advance awareness of the important role of a major research university like USC. And he shares our student-centered approach and our values and passion for outreach, collaboration and making a difference in people’s lives.”

Henley is eager to join the university, noting Folt’s enthusiasm and direction for the institution. “USC is at a key point in its history,” Henley said. “It has a president that has a real vision for the future and how this institution can serve the region, the state of California and the world.”

At the same time, Glenn Osaki, who has served as senior vice president of communications since June 2019, will transition to a full-time role as senior adviser to the president for international marketing and communications. Osaki and Chief Communications Strategist Teri Everett have overseen the university’s communications efforts throughout the ongoing COVID-19 pandemic.

Henley brings a wealth of experience from the University of Oregon, where he oversaw digital, marketing and public affairs communications. He previously served as assistant vice president for strategic communications at Colorado State University.

Henley, who began his career as a journalist, said he is eager to demonstrate the reach of higher education — from the benefits of a college degree to a single graduate to the global impact of major scientific discoveries.

“For somebody like me, who believes that higher education and institutions like USC transform people’s lives, the opportunity to come to USC and to tell those stories — to support President Folt’s vision — it was a perfect fit,” he said.

The move is a homecoming of sorts for Henley, who grew up in Southern California and went to high school in Newbury Park. He has fond memories of watching the USC band in the Tournament of Roses and even swimming at what was then the McDonald’s Swim Stadium on the USC University Park Campus.

The new post “combines my personal past in Los Angeles with what I love to do as a communicator,” he said. “That doesn’t happen often. And it’s pretty exciting.”

He also pointed out the unique circumstance of colleges and universities in society, and the responsibility universities have to their students.

“We care for their intellectual growth, their emotional growth and their physical growth,” he said. “It’s a very different model than any other kind of enterprise you can think of.”

Another priority: building on the university’s already strong communications operations.

“We have an incredible foundation,” Henley said — one that can benefit from increasing the university’s presence on social media and exploring tools like artificial intelligence, virtual reality and augmented reality. He’d like to see USC’s communications operations become a model for other universities.

“That’s absolutely the goal,” he said. “I think we can be and should be the very best in the country.”

Henley, an avid mountain biker and skier, earned a bachelor’s degree in journalism and communications at Northern Colorado University. He and his family — his wife, Jessica, a marketing consultant, and daughters Sydney, 17, and Darcie, 13 — will be relocating to Southern California next month.