This Friday, the world will remember the unspeakable tragedy of the Holocaust on International Holocaust Remembrance Day. The day, which marks the 78th anniversary of the liberation of the Nazi concentration camp Auschwitz-Birkenau, was established in 2005 by the United Nations General Assembly. The day commemorates the 6 million Jewish victims, as well as slave and Sinti-Roma victims, whose lives were unjustly snuffed out by the Nazi regime during World War II.

The day has taken on additional significance as antisemitism and acts of violence against Jewish people are on the rise across the nation, fueled by social media disinformation, extremist celebrities and athletes, and politicians. Experts speculate whether the 2017 neo-Nazi rally in Charlottesville, Va., served to normalize antisemitic behavior.

USC experts are available to discuss International Holocaust Remembrance Day and the recent rise in antisemitism. 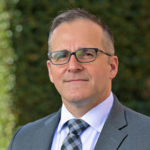 To counter antisemitism, we must challenge hateful belief systems

“We know that Holocaust denial and distortion are particular forms of disinformation that provide a gateway to antisemitism and other forms of extremism. The work of USC Shoah Foundation to bring authentic voices of survivors to scholars, to students and to professional audiences can help minimize Holocaust distortion and open awareness to antisemitism and its consequences.

“Antisemitism, Holocaust denial and Holocaust distortion threaten our core institutions, our shared international beliefs and our democratic way of life. However, antisemitism is a belief system. Like any belief, it can be challenged and changed over time through rigorous research, engaged learning and open dialogue.

“Contrary to popular belief, antisemitism is not unique to any one religion, any single country or any particular culture. It has multiple influences, and it manifests in many ways. This makes identifying antisemitism difficult, but also necessary.

“In the U.S., we used to believe we were immune from the types of violent antisemitism that have characterized much of European history. No more, I am sad to say. Now, we have become witnesses to a growing number of violent attacks on Jewish communities across the U.S.

“We need to engage with the issue of antisemitism, and in doing so ensure that ethics, civics and democratic values are a part of our research and our learning. Doing so will ensure that we help create what some call a ‘grammar of ethical and social imagination’ that will minimize antisemitism and erode the barriers that separate communities.”

Robert J. Williams is the Finci-Viterbi Executive Director Chair of USC Shoah Foundation In addition, .he is the adviser to the International Holocaust Remembrance Alliance (IHRA), where he previously served as a senior member of the U.S delegation and chaired the Committee on Antisemitism and Holocaust Denial and several other bodies. He has played several leadership roles in international initiatives focused on Holocaust and antisemitism issues, and regularly advises international organizations and governments on these matters. His research specialties include German history, U.S. and Russian foreign policy, propaganda and disinformation, and contemporary antisemitism. Williams’ next book is the co-edited The Routledge History of Antisemitism, which will be released in July 2023. He is currently preparing a separate monograph on the political and cultural rehabilitation of Holocaust perpetrators.

A video version containing several of Williams’ remarks can be viewed here. 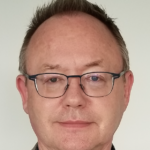 “Advancing knowledge of the complex history of Nazi crimes is an important condition in order to fight Holocaust denial and the concerning rise of antisemitism and racism. International Holocaust Remembrance Day serves as a reminder of the horrific Nazi policies. The day is also an opportunity to honor the victims who lost their lives and those who survived, especially since many of the survivors are no longer with us.

“To honor the persecuted and document the crimes, I am currently working on a new multi-institutional research and educational project focused on visual evidence. The #LastSeen Project is dedicated to collecting and analyzing all known — and searching for unknown — pictures of the Nazi mass deportations in and from Germany between 1938 and 1945. The project aims at recovering the stories of the people — Jews as well as Roma and Sinti — depicted in the images of the Nazi transports.

“The project makes an important contribution to the visual documentation of the Shoah and the Porajmos. The different motifs and locations of these photos illustrate how the participation of a wide variety of actors and institutions, including neighbors, enabled persecution and mass murder.

“Upon completion the project will be a freely accessible digital edition (photo atlas) of all known images of the deportations within the territory of Nazi Germany. The pedagogical examination of these images promotes historical knowledge and digital literacy and uses the close reading of photos as the starting point for explorative learning as a base for the fight against antisemitism and racism.”

Wolf Gruner is the director of the USC Dornsife Center for Advanced Genocide Research, a professor of history, and the Shapell-Guerin Chair in Jewish Studies at the USC Dornsife College of Letters, Arts and Sciences. Originally from Germany, he is a historian and specialist regarding Holocaust and German-Jewish history. He has authored 10 books, coedited four volumes and published over 80 articles and book chapters on this subject. Gruner recently published a prizewinning book on the Holocaust in Bohemia and Moravia. After a decade of research, he has authored a forthcoming book regarding Jewish resistance during the Holocaust. He is also a member of the Academic Committee of the US Holocaust Memorial Museum in Washington, D.C., and co-founder of the Consortium of Higher Education Centers for Holocaust, Genocide and Human Rights Studies.