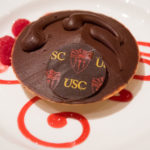 For nearly three decades, the USC Leslie and William McMorrow Neighborhood Academic Initiative, or NAI, has prepared students from South Los Angeles and the city’s Eastside for college success. NAI will celebrate its 24th graduation with 83 students, their families and the people who’ve made NAI a nationally recognized, free college preparatory program.

WHERE: Virtual; a link will be provided upon RSVP

Since its first graduating class in 1997, the USC McMorrow Neighborhood Academic Initiative has provided rigorous academic programming, vital mentoring and academic advisement services, as well as skills development and mental health support, to over 1,300 NAI scholars and their families. The initiative serves 900 sixth to 12th grade students annually and over 250 undergraduates in college. Here are a few highlights from 2021: