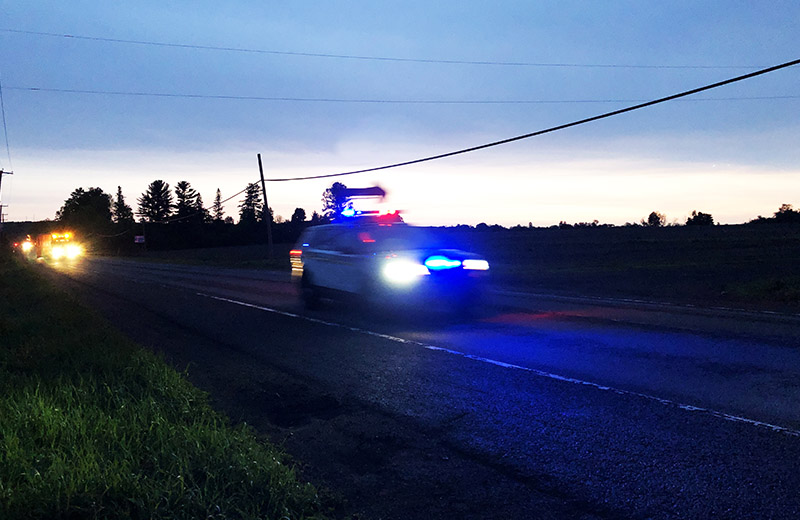 The National Officer Involved Homicide Database (NOIHD), developed by researchers at the USC Dornsife Center for Economic and Social Research, includes data from more than a dozen sources regarding factors that may be associated with officer-involved homicides.

The dozens of sources for the database, developed to determine the factors related to officer-involved homicides nationally and in cities and towns, include the U.S. Census, the American Community Survey and the FBI’s Uniform Crime Reports.

Some preliminary analyses, not yet peer-reviewed, indicate:

The new National Officer-Involved Homicide Database (NOIHD), developed by the USC Dornsife Center for Economic and Social Research (CESR) and available to researchers and the public, is providing fresh insight regarding fatal encounters with police.

“Most research regarding police homicides is based on data aggregated from a state or county,” said Brian Finch, a researcher with CESR who led development of the database for more than three years. “We built the NOIHD to better understand the factors that may be related to deadly police incidents, such as the education and training requirements of officers, at a more micro level.”

NOIHD data also includes whether the deceased was armed or not, the department that autopsied the deceased, municipal debt, and officers killed on duty. Sources of the data include police departments, the FBI, U.S. census data and state governments.

The NOIHD supplements publicly available data available from the Fatal Encounters website, the most comprehensive online database of officer-involved homicides. Developed and managed by journalist D. Brian Burghart, who is now a research associate with CESR, Fatal Encounters includes the location of the homicide, cause of death, the poverty level of the area in which the killing took place, and the race and age of the decedent, as well as a brief description of the deadly incident, if available.

Finch, a professor of sociology and spatial sciences at USC Dornsife College of Letters, Arts and Sciences, says some preliminary findings (that have not yet undergone peer review) were unsurprising. “For example, departments that require officers to have more training and higher levels of education tend to have lower levels of homicide,” he said.

What was surprising to Finch is that officer-involved homicides seem to be increasing faster in suburban and rural areas than in cities. His research also indicates that deadly incidents with the police seem to be less likely to show up in official sources if the medical examiner or coroner was overseen by the sheriff’s department rather than another county department.

“In fact, two coroners in San Joaquin County resigned because they said the sheriff’s department pressured them to report deaths as not being unrelated to law enforcement, when they clearly were,” Finch says.

Finch is familiar with research that shows that when there’s municipal debt, police officers become more active in policing poorer areas, imposing more frequent traffic and other fines. He plans to investigate whether there’s a correlation between municipal debt and officer-involved homicides, which may result from over-policing. He and his colleagues are also exploring the effects of neighborhood gentrification on officer-involved homicides.

Another public database developed and maintained by USC researchers is the Law Enforcement Work Inquiry System (LEWIS) Registry, which includes the names of all police officers who were terminated or resigned due to misconduct.

“When police officers are terminated, they often go to another department,” said Erroll G. Southers, USC Associate Senior Vice President of Safety and Risk Assurance. “When they’re fired, they need to be removed from the profession.”

Southers co-developed the database, launched last year, while serving as director of the Safe Communities Institute at the USC Price School of Public Policy