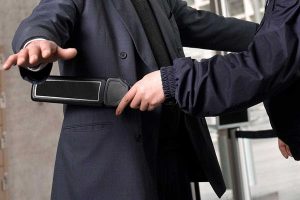 The USC study on air travelers also found that women were more willing than men to wait longer and to pay more for airport security in exchange for equitable treatment during selective secondary screenings, which are based on age and other such characteristics.

What would U.S. air travelers pay to ensure everyone is treated equally in aviation security screenings?

Not much, according to a USC study.

About half the respondents said they would be willing to pay up to $15 in fees to make screenings more equitable, and half said they would tolerate allowing up to two contraband-toting passengers per 100 to board a flight.

Overall, 60 to 80 percent of the respondents asked about random screenings did not want to trade off any convenience or wait any longer than five minutes more than usual to ensure equal treatment. Approximately 20 percent said they were willing to make significant sacrifices for equitable screenings, and 10 percent consider equal protection a sacred value, meaning that they would go to great lengths to ensure it.

The largely lukewarm response for equitable treatment surprised the USC scientists who had anticipated that public concern for safety would have eased since the United States has not experienced a terrorist attack on an airline in more than 15 years.

“As we can see by the public’s strong reaction to the recent travel bans, we know that the general traveling public has concerns about equity in screenings,” said Kenneth Nguyen, the study’s lead author and a doctoral candidate of psychology at the USC Dornsife College of Letters, Arts and Sciences. “This observation suggests that a sizable portion of travelers would give up a lot to protect the constitutional principle of equal protection. Yet, we found most respondents would concede very little in terms of money, time and convenience to avoid discriminatory screenings.”

The study by the was published on April 24 by the Society for Risk Analysis in its flagship journal, Risk Analysis.

The research was conducted by CREATE at USC, a joint research center of the USC Price School of Public Policy and USC Viterbi School of Engineering that was founded in 2003 as a Homeland Security Center of Excellence by the U.S. Department of Homeland Security. Its mission is to improve national security through the development of advanced models and tools for the evaluation of the risks, costs and consequences of terrorism and to guide economically viable investments in homeland security.

The TSA screens an estimated 2 million passengers every day and more than 700 million every year, according to the agency’s statistics.

Security methods may vary from airport to airport. Current air passenger screening procedures rely largely on a two-stage process. Generally, all passengers go through an initial screening in which they present a government issued picture ID with boarding passes and then pass through a metal detector or backscatter machine that checks for illegal substances and items. Afterward, passengers may be selected for additional screenings, which may include a pat-down.

Some members of the public and advocacy groups have said that security screenings are discriminatory and violate the Fourteenth Amendment, which says no state shall deny to any person within its jurisdiction “the equal protection of the laws.”

Air travelers have demonstrated a willingness to pay more for convenience and shorter wait times. Since 2013, more than 2 million travelers have joined the TSA Pre-check program for expedited screenings. To qualify, they have completed an application, cleared a background check and paid a fee. TSA said the program reduces passengers’ security line wait times by at least five minutes.

“The biggest takeaway from our study is that we need to take a holistic approach to aviation security,” Nguyen said. “We know that travelers value both safety and equity, but what we did not know is how they reconcile these conflicting priorities.”

“Our research sheds light on how travelers make this trade-off, and perhaps more importantly, uncovers factors that influence this trade-off and suggests ways that stakeholders can incorporate those issues into security policy.”

Researchers in 2013 recruited 222 participants through Amazon Mechanical Turk and asked in an online survey what they were willing to give up in money, time, safety and convenience to ensure screenings are more equitable.

The study showed participants’ concerns about equitable treatment varied according to which screening mechanisms had triggered a secondary screening, said Richard John, a senior corresponding author for the study and an associate director for Center for Risk and Economic Analysis of Terrorism Events at USC.

“With random screening, people believe that the process is equitable, and they are not willing to make tradeoffs to increase equity,” said John, also an associate professor of psychology in the USC Dornsife College of Letters, Arts and Sciences. “But they do not like the idea of profiling, and in those cases, respondents were interested in sacrificing something to increase equity.”

Women vs. men on screenings

For all scenarios, women were 2.8 times more likely than men to support waiting for 15 minutes more than usual to improve equity. The odds that women would pay more for improving equitable treatment in screenings were also 1.7 times higher than for men. (Nearly 48 percent of the 222 study participants were women.)

“We did not explore the main differences underlying women’s’ responses, but it seems that women were significantly more sensitive than men to the issue of equal treatment,” said Heather Rosoff, a study co-author and research professor for CREATE and the USC Price School.

“We had thought that we would see a significant difference in how whites and non-whites perceive screenings and equitable treatment, but they were very similar in their responses, despite heightened public awareness of bias or discrimination,” Rosoff said. “We believe this can be attributed to our conceptualization of equity as a willingness to give up something to have a fair screening policy for all passengers, as opposed to a context in which the respondents would consider their ethnic demographic or their own personal experiences.”

“We have not had another airline attack since 9/11, and many believe that air passengers screenings provide an effective deterrent to would-be attackers,” he said.

The study by USC’s CREATE is one of a series funded by the U.S. Department of Homeland Security.