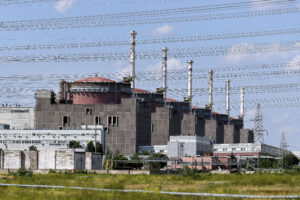 Good morning from USC Media Relations. We have experts on the threat of nuclear disaster in Ukraine, how abortion restrictions are impacting women with chronic disease and California’s phase-out of gas-fueled cars. A political science librarian discusses the Mar-a-Lago document seizure and a supply chain expert talks about how climate change will impact our food. Finally, two research scientists take a hard look at “soft quitting,” a.k.a. “quiet quitting.”

What could go wrong? The risk to a Ukrainian nuclear plant 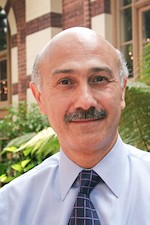 The Zaporizhzhia nuclear plant in Ukraine has been occupied by Russian forces since the early days of the war. A recent escalation of fighting in the area is fueling worries of another Chernobyl. Najmedin Meshkati is a professor of civil and environmental engineering at USC and was part of a committee appointed by the U.S. National Academy of Sciences to identify lessons from the 2011 nuclear disaster at Japan’s Fukushima nuclear plant.

“The Fukushima Daiichi disaster occurred after the earthquake and tsunami knocked down offsite powerlines, inundated emergency diesel generators and their support systems, and created a station blackout which practically rendered the plant’s cooling systems nonfunctional.  The confluence of these events triggered meltdowns in three of its reactors, hydrogen explosions, and the release of radioactive contamination from spent fuel pools.  At Ukraine’s plant, only one of four power lines that supply the cooling systems is currently intact. If we lose the last one, we are at the total mercy of finicky and unreliable emergency diesel generators.

“Besides high risks of shelling at the ZNPP, fatigue among personnel  increases the likelihood of human error. Fatigue and stress are, unfortunately, two big safety factors. The scope of a full-scale catastrophe at the Ukrainian plant would largely be determined by the weather; winds could spread radiological contamination across Europe and go as far as the Middle East.” 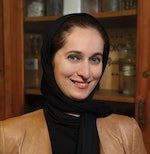 The reversal of Roe v. Wade is disrupting treatment for issues that have nothing to do with pregnancy. That’s because medicines that treat conditions from cancer to autoimmune diseases to ulcers can also end a pregnancy or cause birth defects. As a result, doctors and pharmacists in states with strict abortion restrictions must suddenly navigate whether and when they can legally order such drugs. Dima Qato of the USC School of Pharmacy is an expert on drug utilization, access to medicines and pharmaceutical policy.

“One of the unintended consequences of abortion restriction is its impact on access to essential medications used in the prevention and treatment of chronic conditions, including lupus, arthritis, cancer and ulcers, the management of miscarriages or spontaneous abortions.

“Women being treated with medications like misoprostol or methotrexate for these conditions – and not for inducing abortion – may encounter difficulties filling them in states, like Texas, that have laws banning the use of abortion pills.” 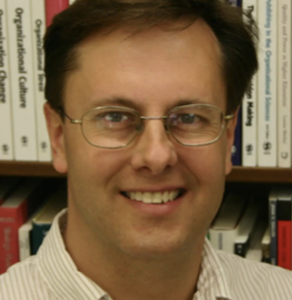 Friday’s release of a redacted affidavit reveals key details of the seizure of highly secure documents from former President Donald Trump’s Mar-a-Lago resort in Florida in early August. The search and seizure was prompted in part by concerns raised by the National Archives, responsible for the safe-keeping of presidential records. Robert Labaree, political science librarian for the USC Libraries’ Library for International & Public Affairs, is an expert on access to information as a human right. Here, he discusses the importance of preserving the historical record.

“The Presidential Records Act establishes the rules for retaining and preserving materials created within the Office of the President and Vice-President. However, for a librarian such as myself, the illegal storage of documents at Mar-a-Lago also represents an assault on the international rule of law codified in Article 19 of the United Nations Universal Declaration of Human Rights. In part, this article establishes access to information as a fundamental human right.

“While the creation of the Presidential Library System represents a commitment to understanding the presidency and, by extension, a key part of the American experience, this mission can only be achieved if leaders abide by the rules governing the retention, preservation and the expeditious transfer of the people’s documents to the National Archives. And I use the term people’s documents here deliberately because, in a democracy, the government is the people and the people must have access to information as part of their fundamental rights as citizens. In this instance, this basic human right had been denied.”

A triple threat to food: War, climate change and a broken supply chain 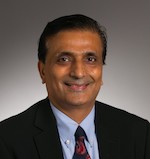 The global system that feeds the world has yet to recover from the pandemic. As efforts to rebuild the supply chain stall, fires and severe storm damage threaten prime agricultural land while Ukraine’s vital grain crop withers under a Russian siege that shows no sign of ending. High production and transportation costs aggravated by fuel prices also contribute to worldwide food insecurity. Nick Vyas is director of the Center for Global Supply Chain Management and assistant professor of clinical data sciences and operations at the USC Marshall School of Business.

“Climate change, in addition to COVID-19 and geopolitical issues such as the Russia-Ukraine conflict, poses a significant threat to our food supply chains.

“The responsibility to avert the crisis has become so critical that we must form a collaboration to focus on social corporate responsibility, and environmental, social, and governance initiatives must be taken seriously, with the right tools and thought leadership to ensure that our future practices are sustainable.

“We are at a tipping point, and we must act quickly to avoid something catastrophic. If COVID-19 demonstrates the importance of the supply chain, the climate crisis will overshadow the unimaginable consequences for humanity.” 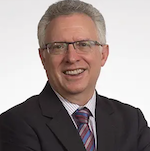 On Thursday, Aug. 24, the California Air Resources Board voted to ban the sale of gasoline- or diesel-fueled automobiles in the state by 2035. With more than 1 million electric vehicles already registered in California — 43% of all EVs owned in the U.S. — this latest measure furthers the state’s leadership in renewable energy and emissions reduction. Marlon Boarnet, director of the METRANS Transportation Consortium and professor at the USC Price School for Public Policy, has studied travel behavior and transportation planning and economics for 30 years. He is an expert in travel behavior and policies that aim to reduce greenhouse gas emissions.

“Building a more sustainable transportation system is a three-legged stool: We need to reduce driving and encourage alternative travel modes (walking, transit, bicycling); We need to improve vehicle technology; We need to move to lower carbon fuels. California’s move to eliminate the sale of new internal combustion vehicles is an ambitious and feasible move to the next stage of vehicle technologies. Coupled with the state’s leadership in renewable energy (the electric power “fuel” for the electric vehicles), this is the right move at the right time.

“In the near-term, we ought not expect travel changes from this new regulation, nor would there be near-term impacts on gas prices. The biggest impact will be to provide a strong signal to vehicle manufacturers, consumers, electric utilities, and providers of charging infrastructure that electric vehicles are here to stay. Currently, 16 percent of all new cars sold in California are zero emission electric. The California Air Resources Board, through this action, is continuing decades of California leadership in vehicle technology regulation.”

The term soft quitting, also known as quiet quitting, is working its way into workplace conversations and media. It’s all over TikTok. Definitions of the term vary slightly, but there’s a general consensus that workers are setting boundaries without confronting their employers. While the soft quitting conversation may be ephemeral, it could push employers to reconsider their expectations after decades of increasing productivity demands.

Alec Levenson: “The U.S. stock market and corporate profits have performed extremely well over the past 30 years, but at the expense of labor and compensation. Productivity and profits keep going up because a smaller and smaller share of the pie is going to the people. Quiet quitting is not a new phenomenon, and is a rational response by people who want to be treated better.

“There are essentially two classes of employees: those who have power (roles, responsibility and status) and those who do not. Frontline workers without the power have had their compensation kept down for over three decades, even as job demands kept increasing. For them, it’s been a no-win situation: keep your job, don’t get lots of pay raises (after accounting for inflation), but you have to work harder and harder.

“Those with power – the technical experts and management – have received much greater pay increases but also with increasing job demands. Corporate leadership’s attitude has been, if we pay you enough you will want to work extra hard to keep your job. But even though the people in those roles have the pay and status, it’s really a Faustian bargain. And many people are saying, enough is enough.”

Jennifer Deal: “People are weighing the value of opportunity compared to time. For years people have become increasingly concerned about how their lives are getting sucked into their work because the mobile phone means they are always on. They are reevaluating whether doing the extra work is actually worth the time cost to them.”

“Working endlessly involves what we call extra role behaviors; working extra hours, staying late, putting out fires. When people say ‘I’m going to do the job I was hired to do,’ a lot of executives get concerned because they’re used to being able to expect staff to take on extra work (without extra pay) so the organization doesn’t have to hire more people. I’ve called this management practice ‘supersizing jobs.’ Now, employees are right-sizing jobs. They’re saying ‘I’m going to do the work I was hired to do, and why are you complaining about that?’”