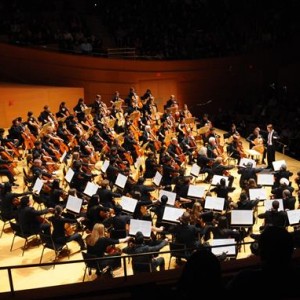 The USC Thornton School of Music and the Los Angeles Philharmonic, in partnership with the Los Angeles Chamber Orchestra, will present the 2016 Piatigorsky International Cello Festival in May 2016.

The Piatigorsky Festival is now established as a 10-day extravaganza open to the public that in 2016 will showcase 26 international artists representing 15 countries and four continents. Last held in March 2012, the upcoming festival will take place in Los Angeles May 13 through May 22, 2016.

Named after the great cellist Gregor Piatigorsky, who lived the latter part of his adult life in Los Angeles and taught for many years at USC Thornton, the festival focuses on the art of the cello, its music, and its musicians. The 26 visiting artists will perform solo and chamber music repertoire, in recitals and together with the Emerson and Calder Quartets, and concertos in collaboration with the Los Angeles Philharmonic Orchestra and the Los Angeles Chamber Orchestra.

One festival highlight will be an ensemble of more than 100 cellists performing at Walt Disney Concert Hall. Another highlight will be a gala concert featuring performances of all Beethoven’s works for cello and piano, including the sonatas and sets of variations.

The festival’s artistic director, Ralph Kirshbaum, together with invited artists, will select more than 40 young cello students from around the world to participate in a series of 12 master classes. These classes are open to the public, as are all festival events. For a partial list of events, please see the listing below.

Tickets will go on sale later this year.

The 2016 festival opens with three concerts with the LA Phil, featuring three distinguished soloists, and includes a “Super Sunday” beginning with the final LA Phil concert, followed by the opening concert at USC, and concluding with the Colburn Celebrity Recital given by Yo-Yo Ma and Kathryn Stott.

A series of six lunchtime (1:00 p.m.) concerts will feature a different master cellist on each day, performing works old and new.

The Los Angeles-based Calder Quartet (whose members are USC Thornton alumni) will perform in three Quintet+ concerts with Giovanni Sollima, Antonio Lysy and Frans Helmerson. The Quintet+ programs also will feature solo cello performances by Ronald Leonard, Lawrence Lesser and Jeffrey Solow. The world-renowned Emerson Quartet, together with festival artistic director Ralph Kirshbaum, will perform the Schubert Quintet at Walt Disney Concert Hall. The same concert will include a performance of Twelve Angry Men by Brett Dean, featuring an ensemble of 12 cellists, as well as the world premiere of a work written by Anna Clyne for mass cello ensemble—in this case, more than 100 cellists!

During three evenings, concertgoers will have the opportunity to hear two master cellists in recital: Frans Helmerson and Truls Mørk, Sol Gabetta and David Geringas, and Matt Haimovitz and Mischa Maisky. A fourth night will feature three unusual 20th-century works—Concerto for Cello and Wind Instruments (1925) by Jacques Ibert with soloist Rafael Wallfisch; Concerto for Cello and Wind Orchestra (1980) by Friedrich Gulda with soloist Li-Wei Qin; and Canticle of the Sun (1997) by Sofia Gubaidulina for cello, chamber choir and percussion, with soloist David Geringas, all led by conductor Uriel Segal.

The festival opens on its home campus, the University of Southern California, with a concert featuring Cello Duello from Germany (Jens Peter Maintz and Wolfgang Emanuel Schmidt), improvisation by Giovanni Sollima and the multi-media Te Amo, Argentina, the brainchild of cellist Antonio Lysy.

The grand finale of the 2016 Piatigorsky International Cello Festival comprises the complete works for cello and piano by Beethoven—five sonatas and three sets of variations, each performed by a different renowned cellist.

Master Classes, Workshops, and a Panel

Central to the ethos of the festival are the master classes, in which the artists/teachers work with individual cello students in a public forum. Audience members get to observe their teaching, and hear some of the best young cellists from around the world.

The 2016 festival includes a Young Cellists Workshop, coordinated by Antonio Lysy, and an improvisation workshop led by Giovanni Sollima.

Last, in honor of the festival’s namesake, a panel made up of Gregor Piatigorsky’s former students will discuss his teaching and his legacy.

About the USC Thornton School of Music

For more than 125 years, the University of Southern California Thornton School of Music has prepared students to excel as performers, composers, industry leaders and educators on stages and in studios around the world. Founded in 1884 and today the oldest continually operating cultural institution in Los Angeles, USC Thornton is internationally recognized as one of the finest conservatories and music schools in the U.S. By blending the rigors of a traditional conservatory-style education with the benefits of a leading research university, USC Thornton offers a curriculum designed to prepare students for successful careers in the 21st century.

About the Artistic Director

Kirshbaum was on the faculty of the Royal Northern College of Music in Manchester, England, for 38 years. He founded the RNCM Manchester International Cello Festival in 1988, and remained its artistic director through to its grand finale in 2007. In 2008 he accepted the Gregor Piatigorsky Endowed Chair in Violoncello at the University of Southern California’s Thornton School of Music.

In honor of the legendary cellist Gregor Piatigorsky, Kirshbaum led as artistic director the inaugural Piatigorsky International Cello Festival, held in Los Angeles in March 2012. He continues his annual association with the IMS and the London Master Classes, as well as an active schedule of performance and master class commitments throughout the world. His many recordings have included Tippett’s Triple Concerto for Philips, the Elgar and Walton Concertos for Chandos, the Ravel, Shostakovich and Brahms Trios for EMI, the complete Bach Suites for solo cello and Barber Concerto and Sonata for EMI/Virgin Classics, and the Brahms Double and Beethoven Triple concertos for RCA.

A Russian-born virtuoso cellist, Gregor Piatigorsky performed worldwide before settling in Los Angeles for the last 16 years of his life. He taught at the USC Thornton School of Music from 1962 until his death.

[Image: 100 cellists on the Walt Disney Concert Hall stage during the 2012 festival. Photo by Dan Avila/University of Southern California]