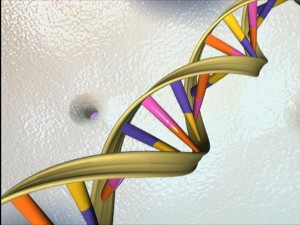 A USC co-author of the study says the genes that are correlated with educational attainment are expressed in the brain during prenatal development. Some of the genes also predict risk for Alzheimer’s disease, bipolar disorder and schizophrenia.

An international group of 253 scientists has conducted one of the largest genetic studies to date and identified 74 genetic variants that are associated with the years of formal education that an individual completes.

The study was published on May 11 by the journal Nature.

“This study builds on our earlier work in which we had studied 100,000 individuals and found three genetic variants linked to educational attainment,” said Daniel Benjamin, corresponding author and an associate professor of the Center for Economic and Social Research in the USC Dornsife College of Letters, Arts and Sciences. “This time, because of our much larger sample – almost 300,000 individuals – we were able to identify far more genetic variants that are associated with educational attainment.”

Benjamin said that genetic and environmental factors both account for variation in how much schooling a person receives. Genes only partially influence cognitive abilities and personality traits, such as persistence, that in turn affect the number of years one spends in school.

“Educational attainment is jointly influenced by genes and environment,” he said. “The genetic variants that we found account for a small fraction of the differences across individuals in education.”

Study details
The scientists combined results from 64 datasets comprising subjects in 15 different countries. The researchers identified the genetic variants associated with an individual’s total years of education. The analysis was restricted to people of European descent.

The total influence of the 74 identified genetic variants is small, explaining about 0.43 of 1 percent of the variation in educational attainment across individuals, the scientists wrote.

“For the variant with the largest effect, the difference between people with zero copies and those who have two copies of the variant predicts, on average, about nine more weeks of schooling,” Benjamin said.

The results suggest that the genetic influences on educational attainment are spread across thousands, if not millions, of genetic variants, most of which have not yet been identified, Benjamin said.

By combining their own results with data from previous studies, the researchers found that many of the genes associated with educational attainment are influential in brain development, even before birth. The scientists said these genes likely play a role in cognitive function and personality traits, such as grit, that matter for school performance.

“The tiny genetic differences we found may ultimately help to understand why some people are more susceptible to early cognitive decline than others,” said Peter Visscher, another senior author of the study and a professor at the Queensland Brain Institute.  Referring to the voluminous additional analyses contained in the paper’s 144 pages of supplementary material, Visscher said, “It is a rich vein of material which, when applied responsibly, adds to our understanding of the human condition.”

The interdisciplinary team – which included medical researchers and psychologists – also studied whether the genetic variants associated with educational attainment overlap with genetic variants linked to health-related outcomes. They found some of the genes also predict risk for Alzheimer’s disease, bipolar disorder and schizophrenia.

The study was led by the Social Science Genetic Association Consortium, which was co-founded by Benjamin, David Cesarini of New York University and Philipp Koellinger of the Vrije Universiteit Amsterdam. The consortium investigates the influence of genetics on human behavior, well-being and social science-related outcomes through large-scale studies of human genomes.

Funding for the study came from several sources: the Ragnar Soderberg Foundation, the Swedish Research Council, the Jan Wallander and Tom Hedelius Foundation, an ERC Consolidator Grant, the Pershing Square Fund of the Foundations of Human Behavior, and National Institute on Aging/National Institutes of Health grants. Scientists utilized the UK Biobank Resource to conduct the research.