SOURCE ALERT: Taxes on the Brain 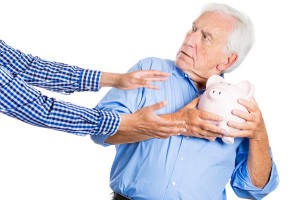 USC researchers have vast expertise on taxes: tips to motivate you to pay them on time and avoid scams, as well as the benefits of financial literacy for the brain, the ins and outs of tax shelters, and policy reforms and trends. Taxes are due in the mail by Monday, April 18.

Still Putting Off Your Tax Filings? Trick Your Mind.

Think of your deadline as hours and minutes away instead of days away.

“Our studies show that people feel as though the future that they are preparing for is closer when they think of it in smaller time units. In our research, thinking in days made people feel closer to their future self and less likely to feel that their current and future selves were really not the same person. This translated into a greater willingness to provide for that future self.”

Daphna Oyserman is the Dean’s Professor of Psychology and co-director of the Center for Mind and Society at the USC Dornsife College of Letters, Arts and Sciences. She studies how small changes in context can shift mindsets and lead to significant outcomes, such as health and academic performance.

“As if Tax Season were not enough of a headache, now consumers must be vigilant to protect themselves against sophisticated fraud schemes designed to scare them into paying thousands of dollars to fraudulent entities. The National Center on Elder Abuse would like to take this opportunity to warn you to protect all of your personal information. In these scams, victims are told they owe money to the IRS and it must be paid promptly through a pre-loaded debit card or wire transfer. If the victim refuses to cooperate, they are then threatened with arrest, deportation or suspension of a business or driver’s license. In many cases, the caller becomes hostile and insulting.”

Julie Schoen is the deputy director of the National Center on Elder Abuse at the Keck School of Medicine of USC and a member of the board of directors for the Elder Financial Protection Network. The NCEA is a resource for policy makers, social services and health care practitioners, the justice system, researchers, advocates, and families.

The organization offers these tips to avoid and report scams.

“Our research points to a significant link between financial literacy and brain characteristics even when considering education or cognitive ability. It is still unclear why financial literacy might convey increased functional connectivity or white matter integrity. One hypothesis is that to be financially literate, one needs to be good with numbers, to remember financial concepts and to have a self-awareness in the monetary value of things. Thus, multiple brain systems are involved in becoming financially literate.”

Duke Han is director of neuropsychology in family medicine and associate professor of family medicine, neurology, psychology and gerontology at the Keck School of Medicine of USC. He is interested in the study of factors that affect cognition and decision making in aging. He also has special interests in using novel neuroimaging and statistical approaches to better understand these factors.

The ‘Super-rich’ and Tax Shelters

“It is relatively easy for Americans to avoid paying most taxes. Hobos don’t pay much tax, but their lifestyle generally is not enviable. To the contrary are the lifestyles of the super-rich – those 500 families that hold over 20 percent of the household wealth in the United States.

“If the government were to tap into this perfectly legal pool of tax-sheltered income and wealth, tax revenue could be raised without raising tax rates on existing taxpayers. Can this be done?

“Recently, Connecticut passed a law to tax the unreasonable accumulation of income by a very wealthy charity, Yale University. (This approach is not novel: Family corporations have been the subject of a special tax like this since the Depression. Further, charities have long been taxed on their business income, if any.) The law likely will be challenged as violating the state constitution, but it seems rather reasonable on its face: Big charities which earn more than they need to finance their charitable purposes pay tax on the excess.”

John Karayan is a senior lecturer of accounting at USC Marshall’s Levanthal School of Accounting.

“Under the new Base Erosion and Profit Shifting (or BEPS) agreement signed by most countries, companies will no longer be able to avoid taxation in a country by claiming they lack a permanent establishment (or PE) in a country simply because they have no office in the country.

“Also, it used to be that a company with its location in one state would not have to pay taxes in another state unless it had ‘nexus.’ States have increasingly asserted nexus by the slightest of presence, including simply selling into a state or having a single business trip into it. Companies are increasingly getting tax bills covering previous years when they had no idea that nexus occurred. This has been a big deal for companies shipping goods into other states and potentially having to pay more sales taxes to states. Congress has been considering interventions.

“Finally, my research has shown that 70 percent of cities with populations of 40,000 or more have imposed some sort of business tax. And cities are increasingly asserting that businesses are subject to them. For example, if they determine that a business was at a trade show in their city, they may try to tax them even if the company has no office or operations in that state.”

Charles Swenson is a professor and Leventhal research fellow at USC Marshall’s Leventhal School of Accounting.