Source Alert: U.S. inches closer toward a rail strike, sparking concerns ahead of the holidays 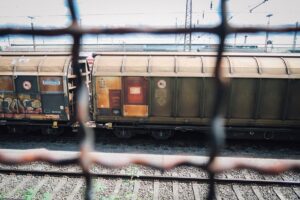 The U.S. comes one step closer to a national rail strike this week as labor unions representing freight rail workers struggle to negotiate a deal. USC experts are available to comment on what a rail strike ahead of the holidays could mean for the U.S. economy and global supply chains during one of the busiest times of year for consumers.

Disruptions to U.S. railways likely to cause spike in energy prices, gasoline shortages

“A rail strike could trigger an energy crisis in the United States, and the impact would be felt most strongly in the northeast. First, nearly all ethanol, which constitutes 10% of our gasoline blend, is produced in the Midwest and is transported via rail to the rest of the country. Due to EPA mandated blends, this could lead to a rapid spike in wholesale gasoline prices across the nation,” said Shon Hiatt, a global energy expert and associate professor of management and organization at USC Marshall.

“Second, the U.S. is running low on middle distillates (e.g., diesel, fuel oil, kerosene, jet fuel), and this shortage is severe in the eastern United States due to high European demand for these refined products. Consequently, not only is the spread of diesel price to gasoline the highest on record, but the nation’s heating oil reserves are at their lowest. Given that around 80% of residents in the northeast use heating oil as their home heating source, a rail strike could leave hundreds of thousands in the cold.”

A U.S. problem with global ramifications

“The U.S. is one of the largest consumers in the world and rail is a critical artery that supports the movement of goods. Any disruptions to U.S. railways will create a bottleneck and a ripple effect felt throughout the rest of the world,” said Nick Vyas, an assistant professor of clinical data sciences and operations at USC Marshall.