Greetings from USC Media Relations. The premiere of the latest comic book blockbuster, Black Panther: Wakanda Forever, revisits the Afrofuturistic world created by USC School of Cinematic Arts alumnus Ryan Coogler. The new film focuses in part on the Black scientists and engineers that develop the technology powering the highly-advanced fictional nation. USC faculty and scientists are available to comment on the impact of the Black Panther films in portraying Black men and women in STEM professions.

Whether fictional or real, representation in STEM fields inspiring for children of color 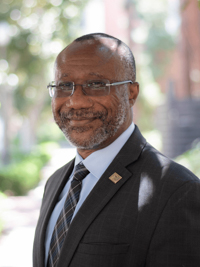 “Representation of people in color in STEM in the fictional world is almost as important as representation in the real world. When you tell young Black kids to imagine themselves as scientist or engineer, it helps when they see that other people have not only imagined it but have put it out there for the whole world to see. When I was growing up, my mom told me to pick real or fictional people as role models. This was important because there weren’t any Black people in STEM in my community. All I had was Rickety Rocket, a show where four Black teenagers built what was essentially an AI rocket that they used to solve mysteries.

“Six years ago, I attended an event named In Cracking the Code: Diversity, Hollywood & STEM: Marvel’s Agents of S.H.I.E.L.D., held at the Paley Center for Media. In that meeting with STEM providers and students, the panelists shared the importance of kids seeing people that look like them portrayed as STEM professionals. When media providers create Black scientist and engineers for mainstream movies, it sends the message to Black kids that, ‘Yes, we also think of you when we think of gifted scientist and engineers.’ It also helps combat anti-Black bias when non-Black people see Black people portrayed in a positive and brilliant light.”

Darin Gray is the co-director of the USC Viterbi K-12 STEM Center where he supervises STEM outreach to K-12 students and develops new partnerships with STEM organizations within and outside of the university.

Mainstream depictions of intelligent, strong Black women can inspire the next generation 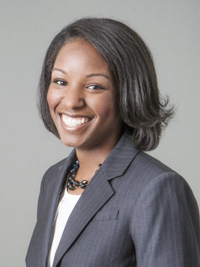 “Black women are intelligent, creative and strong. To see us portrayed as such in the mainstream media is very impactful – it affirms our presence and influence in American culture. It is especially empowering to see Black women in Wakanda Forever, starring in roles related to science and engineering. I believe these positive representations will inspire young Black girls to see themselves as beautiful, powerful scientists and engineers! It could truly change their view of what is possible.”

Stacey Finley is director of the Center for Computational Modeling for Cancer and an associate professor of biomedical engineering and biological sciences at the USC Viterbi School of Engineering. Her research focuses on developing computational models of biological process related to human disease. 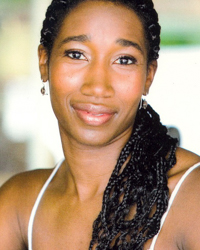 “W.E.B Du Bois, sociologist and cultural scholar, believed that ‘education must not simply teach work-it must teach Life.’ He believed that the legacy of excellence and knowledge production was built upon the ingenuity, skill, and intellect of people from the African Diaspora and those people have been chosen to be the thought leaders and missionaries of culture among their people.

“Black excellence is exhibited in the film by foregrounding black female scientists and innovators, who were chosen and needed to save the fate of their homeland, their community, and their survival from the jaws of colonization and an intra-cultural war over resources and territory. It is inspiring to see black female super-heroines using their education and values as a weapon of power to defeat and conquer ideological structures of systemic oppression.”

Anita Dashiell-Sparks is associate dean of Equity, Diversity & Inclusion and professor of theatre practice in acting at the USC School of Dramatic Arts.