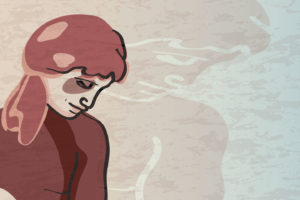 A new USC study demonstrates the high prevalence of African mothers who have ever experienced a child’s death. Using data from 20 sub-Saharan African countries spanning two decades, researchers found that more than half of 45- to 49-year-old mothers have experienced the death of a child under age five.

Experiencing the death of a child is seen as a violation of “the natural order.” And yet, despite global health gains, such deaths remain prevalent in many poor countries and regions around the world. But just how often do mothers suffer this almost unfathomable loss?

To quantify and better understand this bereavement burden, USC and University of Chicago sociologists propose new indicators to estimate how common it is for mothers to have experienced the death of a child. In contrast to traditional measures of infant and child mortality, their results capture the cumulative impact of child loss through a mother’s lifetime.

Published today in Proceedings of the National Academy of Sciences, their study demonstrates the persistently high prevalence of African mothers who have ever experienced a child’s death. Using data from 20 sub-Saharan African countries spanning two decades, the researchers found that more than half of 45- to 49-year-old mothers have experienced the death of a child under age five, and nearly two thirds have experienced the death of any child, irrespective of age.

“In the shadows of very high child mortality rates that the global health community typically focuses on are all these grieving parents that never receive any attention,” said study lead author Emily Smith-Greenaway, assistant professor of sociology at the USC Dornsife College of Letters, Arts and Sciences. “These results increase our recognition of bereavement as itself a public health threat — one that’s unfairly concentrated in low-income regions of the world.”

“These questions have not been asked or explored enough in this part of the world,” said study co-author Jenny Trinitapoli, associate professor of sociology at UChicago. “There isn’t just an inequality in the mortality burden but also in the knowledge base. The global health community has lacked a standard metric for capturing the inequality of the risk of losing a young child from the perspective of the parents — specifically of the mothers.”

Smith-Greenaway and Trinitapoli say their study grew out of the idea that parents everywhere suffer immensely when they outlive their children. While other researchers have examined similar outcomes in the United States and Europe, very few have quantified the loss felt by mothers in Africa.

“This study tells us the burden of bereavement is much greater than we knew and offers a new perspective on global inequality,” Smith-Greenaway said. “We believe these indicators can be used to improve current understandings of mortality change, bereavement as a public health threat and population dynamics.”

Sub-Saharan African countries have experienced some of the swiftest reduction in infant and under-five mortality rates. This progress is rightfully celebrated, noted the study authors, but also obscures the long-term trauma of child loss. High rates of childhood, adolescent and young adult mortality mean that mothers continue to experience bereavement in ways that aren’t recognized in the intensive focus on under-five mortality reductions.

“These are factors that we need to consider very carefully as we think about the consequences of stress and of aging,” Trinitapoli said. “Looking at child loss from the perspective of mothers gives us ideas about where interventions might be the most useful, both for improving child health and helping women.”

While research on bereavement in developing countries is sparse, studies in high-income settings demonstrate that the death of a family member is an underappreciated source of social inequality. Bereaved parents are at higher risk of psychological problems, deteriorating health and relationship strain.

Using data spanning more than two decades, the study authors calculated the prevalence for three categories: death of an infant, death of a child under five and the loss of any child for mothers in multiple age groups. They say the three different metrics all point to a much higher burden of loss than the story told by current indicators.

They based their calculations on demographic and health survey data funded by the U.S. Agency for International Development, which conducts surveys in 90 countries.

Smith-Greenaway said she was particularly struck by the fact that the majority of women alive today in some African countries have experienced the death of a child. Fewer young mothers than older mothers have experienced a child die, yet in many countries, up to one third have.

Although the study focuses on sub-Saharan Africa, the authors say these indicators can be used to measure and consider the bereavement burden anywhere with high child mortality. They anticipate these numbers would be just as high in many other low-income settings.

“As a demographer, I’m interested in tapping into a collective consciousness,” Smith-Greenaway said. “These premature deaths live on in the collective memory in such a way that could shape ideas about parenthood, loss and the risk for tomorrow’s generation of mothers.”

Smith-Greenaway and Trinitapoli point to research on negativity bias, which suggests survival of children in one’s social network is a forgettable event whereas a child’s death registers as memorable and influential — and can live on in the collective memory for decades.

“We have no reason to believe that the effect of these losses on mothers — the grief, sadness and disappointment — fades with time,” said Smith-Greenaway. “We can do better to shed light on the grief and trauma that is still very much alive in a population. Their bereavement matters, and until now, we haven’t had a mother-centered tool that quantified it.”