The Coolest College Acceptance Messages Ever 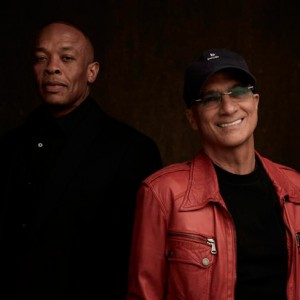 In keeping with its visionary outlook, the new USC Jimmy Iovine and Andre Young Academy for Arts, Technology and the Business of Innovation admitted its first students today in an unorthodox fashion. The program’s naming donors, entrepreneurs and music industry icons Jimmy Iovine and Andre “Dr. Dre” Young, filmed personalized congratulatory video messages to each student accepted into the program. Links to the video messages were emailed today, but the emails themselves were intentionally vague so as not to ruin the surprise.

Iovine and Young founded the Academy last year with a transformational $70 million dollar gift, and the desire to create a program unlike any other in the world. The program aims to nurture a new generation of creative thinkers in fields that span the arts and industry, commerce and culture. The Academy plans to enroll 25 students in its inaugural class starting this fall.

The gift is part of The Campaign for the University of Southern California, a multiyear effort to secure $6 billion or more in private philanthropy to advance USC’s academic priorities and expand its positive impact on the community and the world.

The personalized video idea came from USC Roski School of Art and Design dean, Erica Muhl, who is also the Academy’s executive director. Iovine and Young taped the messages in a studio in Santa Monica. Muhl said the messages will be “lifelong keepsakes for these students.”

USC’s video acceptances seemed an apt response to the dynamic video application process for the Academy. Each applicant submitted a video no longer than one minute, illustrating an original idea for an innovative product, service or system that solves a problem, addresses a need or provides an opportunity. Pitches included tech and fashion products, mobile apps and internet-based businesses and systems. Many were based on research stemming from extracurricular interests. Some pitches utilized sophisticated visual renderings, while others delved into social impact, mechanics and monetization strategies.

In discussing the admitted class, Muhl said, “We are all incredibly excited about the caliber of the students,” and described their academic achievements and life experiences as “remarkable.” Admitted students were selected from hundreds of applicants. They hail from 15 states and six countries, and include three National Merit Finalists.

Applicants were accepted based on a rigorous review process encompassing demonstrated academic excellence as well as proven ability for original thought. Students who complete a course of study in the Academy will graduate with a degree that recognizes each individual’s ability to engage and succeed in an educational experience that is constantly asking the question, “What if…?”

Iovine, chairman of Universal Music Group’s Interscope-Geffen-A&M Records, is one of the music industry’s most accomplished and respected leaders. Iovine began his four-decade career as a recording engineer, working with the likes of John Lennon and Bruce Springsteen. As record producer, he was instrumental in the career breakthroughs of artists such as Patti Smith, Tom Petty and the Heartbreakers, U2, Stevie Nicks, Dire Straits and The Pretenders.

Iovine co-founded Interscope Records in 1990, widely regarded as the home of music’s greatest artists, including Dr. Dre, Nine Inch Nails, Mary J. Blige, No Doubt and Lady Gaga, among others.

Born in Compton, Calif., hip-hop pioneer/producer Dre began his career as a member of the World Class Wreckin’ Crew. In 1986, he co-founded N.W.A. and won critical and commercial acclaim with the group’s 1988 landmark rap album Straight Outta Compton. In 1992, Dre released his solo debut, the G-funk masterpiece The Chronic, which Rolling Stone hailed as one of the greatest albums ever made.

With the launch of his own record company, Aftermath Entertainment, in 1996, Dre went on to discover and nurture such next-generation hip-hop superstars as 50 Cent, The Game, Kendrick Lamar and Eminem.

In 2006, Iovine and Dre co-founded Beats Electronics, a high-performance headphone and sound transmission company intent on recapturing the fidelity of the studio. The company has since expanded Beats by Dr. Dre into smartphones and car audio systems.