The Future Is Now: Reining in Procrastination

Thinking of deadlines in terms of days, not months or years, jump-starts motivation 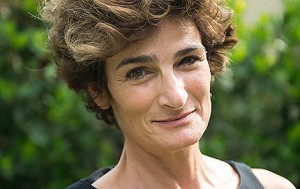 Procrastination is the thief of time that derails New Year’s resolutions and delays saving for college or retirement, but researchers have found a way to collar it.

The trick? Think of the future as now.

“The simplified message that we learned in these studies is if the future doesn’t feel imminent, then, even if it’s important, people won’t start working on their goals,” said Daphna Oyserman, lead researcher and co-director of the USC Dornsife Mind and Society Center.

Through a series of scenarios, Oyserman and co-author Neil Lewis Jr. of the University of Michigan found that study participants perceived that the future was much more imminent if they thought of their goals and deadlines in days, instead of months or years.

Oyserman said that through this shift in time metrics, people can motivate themselves to accomplish their goals.

“So when I think in a more granular way – when I use days rather than years – it makes me feel like the future is closer,” Oyserman said. “If you see it as ‘today’ rather than on your calendar for sometime in the future, you’re not going to put it off.”

Researchers found the participants planned to start saving four times sooner when they thought of the event in days instead of years.

Follow-up studies found that participants felt long-term saving was important, but those who were assigned to think of college or retirement starting in days rather than years felt more connected to their future selves and were more willing to save.

Oyserman said this could prompt them to set aside spending on present-day rewards in favor of long-term saving.

The study, published in the journal Psychological Science, is available online.