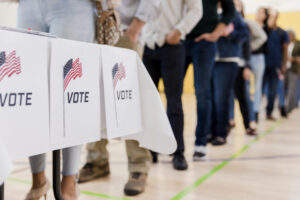 Tuesday, Sept. 20, is National Voter Registration Day. For its part, USC is providing registration and polling place information for USC students, faculty, staff and neighbors at #USCVotes. Less than two months from the 2022 midterms, voter rights and access are among the top concerns of experts who track the impact of various forms of friction on registration and actual voting. USC experts in voter psychology, electoral policy and elections law comment on what they’re focused on ahead of November.

External factors, or friction, have outsized role in voter participation 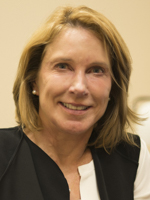 The effects of external factors like child care and transportation difficulties on diminishing voter turnout are often dismissed — instead, most people cite fulfilling their civic duty as why they get to the polls. However, recent research from Wendy Wood, psychology professor emerita of the USC Marshall School of Business and the USC Dornsife College of Letters, Arts and Sciences, found that only 12% of study participants mentioned external factors as determinants in whether or not they vote, and 91% who said their duty drove them to vote. Wood said that ignoring this disparity plays into the hands of those trying to reduce access to voting.

“People who overlooked friction thought that, if you are committed to vote, then you’ll go ahead and do so. That belief seemed to reduce sensitivity to the challenges of voting. If you overlook friction, you don’t see much need to make voting highly accessible.”

Election reform and voting restrictions: the battle over turnout 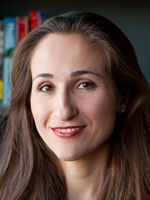 Even in a time of high-potency issues like abortion and immigration, voter turnout remains low in some communities. Mindy Romero, research assistant professor and the founder and director of the Center for Inclusive Democracy at the USC Sol Price School of Public Policy, studies electoral participation and voting rights.

“California has had great success with election reforms like vote-by-mail and automatic voter registration, which has meant more people registering and participating in elections, especially people of color. But even with voting access reforms, voter turnout in communities around the country remains dismally low, which means a small percentage of the population is making decisions for all.“We need to do more as a country to not only remove barriers to voting, but also rebuild trust and confidence in our electoral system. Misinformation about vote counting and accusations of voting fraud are exacerbating that problem and discouraging Americans from wanting to participate in elections at all.“Disparities in voter turnout rates by race, ethnicity, age, language and disability status are a disturbing reality entrenched in our electoral system, with no signs of changing. States enacting further barriers to voting, such as eliminating vote-by-mail or early in-person voting options can only make this worse. Now more than ever, we need to do more to engage voters, not discourage them.” 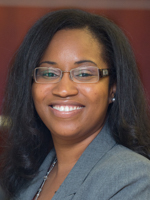 Twenty-seven secretary of state races are on the ballot this year, and many of those in the running question the legitimacy of President Biden’s 2020 win, according to an NPR analysis. Current and former election officials, as well as election experts, worry about what might happen to democracy if some or many of the candidates win. Franita Tolson, an election law expert at the USC Gould School of Law, says:

“The reasons why Trump’s attempt to overturn the 2020 election failed is because there were state officials who refused to substantiate his claims of fraud. These folks really are gatekeepers.”