This Week: Polarization as a political strategy; votes that support LGBTQ+ rights depend upon who you know; Americans’ views on controversial school topics 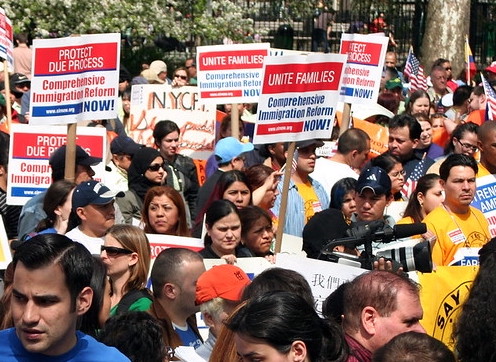 Good morning from USC Media Relations. With the midterms looming and speculation about the 2024 presidential election on the rise, put these four USC experts on your radar.

One developed a ‘polarization index’ which tracks what’s dividing us; another studies what motivates both conservatives and liberals to support gay rights, and finally, two researchers examined where Americans stand on critical race theory and teaching high schoolers about abortion, LGBTQ issues and guns. 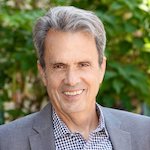 The latest Polarization Index from USC Annenberg School for Communication and Journalism reveals that immigration is America’s most polarizing issue in current social conversations. The quarterly index was developed by Fred Cook of USC Annenberg with PR firm Golin and real-time intelligence company Zignal Labs to measure the political schism dividing Americans.

“Immigration hadn’t been in the news much lately — until Florida Gov. Ron DeSantis spurred the coverage by delivering a plane load of unsuspecting immigrants on Martha’s Vineyard,” Cook says. “It was a pure publicity stunt to get his favorite topic back on TV, because he knows that it’s bait his base will devour. On the other hand, Democrats are betting heavily on abortion and the Jan. 6th Insurrection to engage their following.

“In the Polarization Index, these are the two issues that are the most polarizing on the left. Knowing that, Democrats are using them to hammer the Republican candidates who support more restrictive abortion laws or the ones who won’t disavow the Capitol insurgents, because they know these are the issues their most fervent supporters are passionate about. Demanding that Trump testify in the Jan. 6 investigation is a perfect example of fueling that fire.

Influencing decisions about LGTBQ+ issues at the ballot box 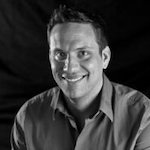 Governors, lawmakers and a conservative supermajority on the Supreme Court have threatened to push back advances made by LGBTQ+ advocates over the past half-century. ​​Theodore Burnes, professor of clinical education at the USC Rossier School of Education, has studied the reasons voters — including those who lean conservative — support gay rights.

“The research has highlighted several trends. The political climate around gay rights is one where individuals will vote by context. Who do they know? What experiences have they had? Most of the psychology literature tells us people are more likely to vote in LGBTQ+ positive ways if they’ve met gay people, worked with gay people, gone to the movies with gay people.

“There are real challenges for people who are in small, rural, religious communities. Their only link to community and affirmation is the internet. They have to turn off that computer at some point and go back to a world that doesn’t love and accept them.

“These days I hear a lot of ‘Given that marriage equality has passed, there are so many ways LGBT+ people have it easier.’ But there are a lot of people of color who are gay-identified who have to worry about being shot by police. You also have people who are transitioning genders who have big challenges in certain states that will not allow them the medical care they need.” 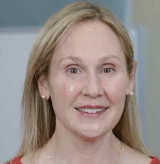 “The encouraging takeaway of our results is that U.S. adults want high school students to learn about a wide range of controversial issues including differing perspectives on among the most controversial, like second amendment rights/gun control, and pro-life and pro-choice,” said Anna Saavedra, a scientist at the USC Dornsife Center for Economic and Social Research who conducted the survey.  “Adults want the next generation of students to be informed, and not only about their own beliefs, meaning limiting legislation and loud voices are askew with public opinion.”

Morgan Polikoff, a researcher at the USC Rossier School of Education who collaborated on the study: “Our results show that despite the bluster, most Americans don’t know much about what’s being taught in schools. Even so, they have strong, and sometimes divergent opinions about what controversial topics should be taught and to whom.

“Regarding most topics, we found Americans are less conservative than would be inferred by the flurry of state legislation over the past two years designed to restrict education about racism, inequity, bias, and structural injustices. Some of this legislation bans educators from teaching anything that causes students ‘discomfort’ or ‘guilt’ due to their race or sex. We found that American adults overwhelmingly want students in high school to learn about controversial topics, including different sides of all the issues we asked about (e.g., pro-life and pro-choice; Second Amendment rights and gun control).”

Saavedra: “The exceptions to this bipartisanship were all related to LGBTQ issues: gay rights, sexual orientation, gender identity, and trans rights. For each of these four items, while 84% to 86% of Democrats supported students learning about these topics in high school, less than half as many Republicans (30-39%) were in support. Clearly, on LGBTQ issues there are very sharp partisan divides. In each of these cases, respondents not affiliated with either of the two major political parties (e.g., independents, Green Party, Libertarian) fell in between, with 59-66% support.” 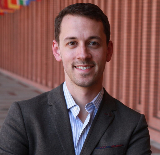 Polikoff: “We found Americans know very little about critical race theory (CRT). Almost half admit they’ve never heard of it, or they don’t know anything about it. Almost all score poorly on a knowledge quiz about CRT. Americans hold complicated views related to CRT tenets, with Democrats generally more likely to agree with CRT tenets such as the centrality of racism in American society, and Republicans more likely to oppose. But they overwhelmingly support a societal goal of treating all people the same without regard to the color of their skin, and, to a lesser extent, that America is meritocratic—both ideas CRT would contest.”