This Week: What will it take to fill the Russian energy gap in Europe? USC experts discuss the aftermath of Nord Stream 1 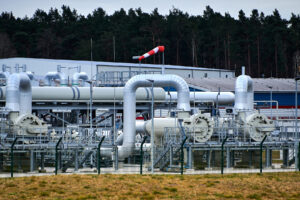 Greetings from USC Media Relations. As Europe scrambles to fill the Russian energy gap following the destruction of the Nord Stream 1 pipeline, world leaders look to alternative sources to keep the lights on and the heat running in the cold winter ahead. This week, USC experts share their take on how Europe will adapt to the ongoing energy shortage and whether sustainable alternatives are enough to make up the difference.

The pain Europe is feeling now may have been self-inflicted, experts explain. Steven Lamy, professor emeritus of political science, international relations, and spatial sciences at USC Dornsife, notes that Europe’s error lay in its preference for cheaper, short-term contracts with Russian energy suppliers over long-term investments in developing its own infrastructure and supply chain networks.

Lamy: “The European crisis was largely predictable. When it comes to energy, you want policy that is balanced and diversified; you don’t want vulnerability where someone controls your future in any particular policy sector. Europe made the mistake of relying on Russian natural resources and not maintaining a diverse network of suppliers. For example, they didn’t build ports for the import of liquefied natural gas (LNG), a natural gas that is cooled to a liquid state and used in areas too far for pipelines to reach. Europe relied on the Nord Stream pipelines instead. Now, countries like Germany that lack LNG terminals are going to spend billions storing the energy alternative on barges out at sea.”

Detlof von Winterfeldt, a professor of industrial and systems engineering and policy, planning, and development at USC Price, explains Germany’s precarious position in the global conflict.

von Winterfeldt: “Germany’s dependence on energy imports increased due to its decision in 2011 to phase out nuclear power by 2022. The result was more reliance on French electricity imports (mostly from nuclear power) and on Russian gas imports. The decision was supported by a large majority of Germany’s political parties, primarily in response to the Fukushima accident, yet it was done without any serious analysis of the consequences or of contingency scenarios.”

A leading expert in supply chain management and an associate professor of clinical data sciences and operations at USC Marshall, Nick Vyas argues that energy dependence is a symptom of a larger issue with the developing world’s appetite for commodities.

Vyas: “Europe always knew that a large percentage of energy flows through Russia. The noise was there over a year ago and prior to the invasion of Ukraine. But it isn’t just Europe that made this error. Companies across the world — multi-national, Fortune 500 companies – had an opportunity to understand their supply chain networks and dependencies. Over the past 40 years, we’ve become comfortable with getting cheaper goods and services – in this case, energy –  faster and faster. We put mitigation, risk analysis, and modeling on the back burner, hoping never to have to deal with the issues that are becoming part of our reality now.”

Impacts on the European economy

Shon Hiatt, a global energy expert and associate professor of management and organization at USC Marshall, takes a similar stance. Hiatt explores the economic ramifications of Russia’s move to cut off natural gas supplies to Europe.

Hiatt: “Cutting off Europe from cheap Russian gas has been economically disastrous for Europe, and Germany in particular, which is Europe’s manufacturing powerhouse. Prior to the Ukraine invasion, Germany purchased about twenty billion dollars’ worth of natural gas from Russia annually. That $20 billion of natural gas equaled $2 trillion worth of value-added output. That is hundred times leverage that, if not corrected soon, can permanently maim Germany’s manufacturing base.”

Are coal and nuclear power making a comeback?

Robert English, an expert on Russia-Ukraine and an associate professor of international relations at USC Dornsife, notes that the EU’s efforts to find alternative energy sources come at the expense of their goal to become climate-neutral by 2050.

English: “Europe is scrambling to find alternative sources. They are importing more from North Africa and other African countries. They’re also going back to using more coal, even though they’ve already phased out diry coal. And Germany has delayed shutting down its nuclear reactors. So they’re plugging the holes, but they’re doing it at the cost to their goals of getting off carbon fossil fuels.”

Najmedin Meshkati, a professor of engineering and international relations at USC Viterbi, explains why the answer to this question is nuanced. Meshkati is an award-winning expert in large-scale technological systems and has published dozens of articles on nuclear safety, including a recent letter in the New York Times and several pieces in The Conversation.

Meshkati: “Germany was supposed to shut down its three remaining nuclear reactors by December. The German Cabinet very reluctantly made the decision to extend the life of these reactors until the spring of 2023 just to get over the winter. However, they also passed a law that whatever fuel they have, they should use it, and they shouldn’t buy more nuclear fuel for the remaining reactors, essentially choking nuclear power.”

Rose: “You have a situation where several countries in Europe, especially the Czech Republic, Hungary, Italy, and Germany, are the most vulnerable. The Scandinavian countries have extensive gas resources. Interestingly, France is the least vulnerable because seventy percent of its electricity still comes from nuclear power. Countries have two ways out of this interdependence: find alternative sources or conserve.”

“The alternative sources are renewables for the most part. There’s been major momentum, but it’s still falling short of enough to really make up the difference when it comes to Russian energy. There are expectations that electricity prices in Europe could double as a result of the crisis. And decreasing dependency through renewables is going to take years, so the option we’re left with is to really cut back. We’re likely to see rolling blackouts and brownouts throughout Europe in the coming winter.”