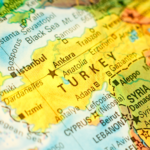 With unprecedented speed, President Donald Trump unleashed a Turkish military incursion that shattered a fragile order in the Middle East. As American troops leave former Kurdish allies behind, an edgy uncertainty is being felt from northern Syria to Washington, D.C., while the conflict stirs Russia and NATO. USC experts are ready to discuss the conflict, from its historic roots in the Ottoman Empire to its potential influence on impeachment and the 2020 presidential election.

“None of this will end well.” 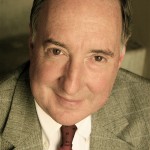 “The betrayal of the Kurds by the United States is a shameful act. More than 11,000 Kurds died fighting the Islamic State and other extremist groups, doing so at the behest of the U.S. government. The result of this betrayal will undoubtedly be a strengthening of America’s adversaries: the Islamic State, the Assad regime, Russia and Iran. President Trump has said he wants to extract the United States from the Middle East’s ‘endless wars,’ but he is sending several thousand U.S. troops to Saudi Arabia. None of this will end well.”

Philip Seib is a professor of journalism, public diplomacy and international relations and a faculty fellow at the USC Center on Public Diplomacy at the USC Annenberg School.

“Why would any ally trust us again?” 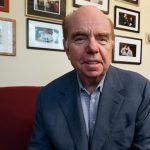 “This has been a non-stop national security and political train wreck. The president, who let loose the dogs of war, now wants credit for a fragile pause that lets the Turks crush our Kurdish allies and annex their land and leaves the Russians in a dominant position in Syria. Why would any ‘ally’ trust us again as long as Trump is in office? And very few in Congress, including many Republicans, regard this fiasco as anything but the capricious failure of a rudderless and increasingly dangerous president.”

Robert Shrum is director of the Center for the Political Future at the USC Dornsife College of Letters, Arts and Sciences. He’s an expert in presidential elections, political advertising and policy and a longtime Democratic political strategist. 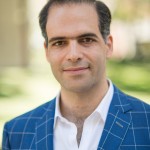 “Turkey’s most recent military intervention in Syria needs to be situated both in its immediate and historical context. Over the last several years, the ruling party has seen a major erosion of electoral support. This invasion is in many ways Erdoğan’s last resort in possibly consolidating a nationalist front and restoring his stature.

“This republic was born, not unlike the majority of the countries that make up the region of the geopolitical map that we now call the Middle East, from the remains of the Ottoman Empire. From this perspective, ISIS is only one of a number of actors that invoke antediluvian sources for their political legitimacy.”