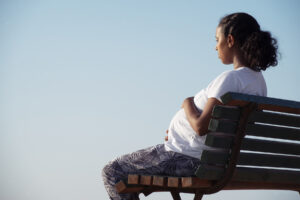 The U.S. Supreme Court’s draft majority opinion to strike down Roe v. Wade has brought to light the 1973 decision’s impact on maternal and women’s health. More than half of U.S. states have passed or are developing laws to outlaw abortion immediately if the court formally overturns Roe v. Wade after the high court’s session closes in June. Experts believe women seeking abortions or oral contraceptives such as Plan B will, if they can afford it, travel to California or other sanctuary states.  Projections show the number of women who come to California for abortions or contraception will increase by nearly 3,000%, from 46,000 to 1.4 million.

USC experts speak about the potential impact of the Supreme Court’s decision on maternal and women’s health.

“The stripping away of patients’ rights always has a greater impact on the most vulnerable. In the U.S., there are 13 trigger states that are going to ban abortion as soon as Roe is overturned. Women with resources will be able to seek care in other states that don’t have these repressive policies, meaning those that do not have the resources will be the most negatively impacted. By contrast, in California proposed legislation SB 1375 would increase access to high-quality care including first-trimester abortion care by nurse practitioners, which increases access for all Californians.”

Cynthia Sanchez is a clinical assistant professor of nursing at the USC Suzanne Dworak-Peck School of Social Work. She is an expert on women’s health, working with underserved populations, health equity and health promotion.

Sanctuary states should improve access to emergency and preventive contraception

“Expanding access to birth control — emergency and preventive contraception — at local pharmacies should also be prioritized. All pharmacies should be required to carry and mandated to dispense birth control to anyone that requests it with or without a prescription. Title X funding can be used to finance the costs for those seeking contraceptives at a pharmacy. More and more states, including California, permit pharmacists to prescribe birth control, yet findings from a study we conducted in Los Angeles found that only 1 in 10 pharmacies provide this service.”

Dima Qato is Hygeia Centennial Chair and associate professor in the Titus Family Department of Clinical Pharmacy at the USC School of Pharmacy. She is an expert on drug utilization and access to medicines and pharmaceutical policy in the United States and globally.

“There are few countries in the world that are going backward on abortion access. (We) find the United States in close company with Poland and Brazil. The World Health Organization — which is not a political organization, but a technical organization — just released their safe abortion guidelines in March. The guidelines, which are based on public health evidence, recommend full decriminalization of abortion for all countries. Criminalizing abortion doesn’t cause rates of abortion to go down; rather, it causes the rates of safe abortion to go down.

“The most devastating impacts, if this repeal takes place, will be on the poorest and most vulnerable people — people who don’t have the resources to cross state lines to obtain a safe and legal abortion. It is hard not to come to the conclusion that this is about using the bodies of people who become pregnant for political gain.”

Sofia Gruskin is director of the USC Institute on Inequalities in Global Health and professor of preventive medicine at the Keck School of Medicine of USC. She is an expert on the conceptual, methodological and empirical links between health and human rights.

“A severe cutback or elimination of abortion services would greatly jeopardize the health of many pregnant people, particularly people of color. Women of color are two to three times more likely to experience maternal mortality than other groups, which is likely linked to the documented barriers to health care they already face: lack of access to care, low socioeconomic status, etc.

“Providing abortion services to these women, many of whom live in rural communities or states with no abortion services at all, is imperative to reduce the risk of pregnancy complications and maternal mortality, and to protect their personal agency to decide what is best for their health and well-being.”

Nicole Mitchell is an OB/GYN with Keck Medicine of USC.