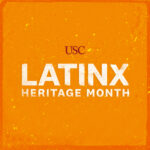 Nearly half of Los Angeles County’s population identifies as Latinx. Of those, nearly three out of four identify as Mexican. As a cultural architect, a political force, and a driver of California’s future, the Latinx population is yet to be fully recognized or understood. Latinx identity is also complex, with Afro-Latino heritage reemerging in the stories and images of Americans.

Throughout the 1800s, enslaved people in the South fled their plantations and made their way to Mexico. The Southbound Underground Railroad has been largely overlooked, mainly because it left so few traces in surviving records. USC historian Alice Baumgartner, author of South to Freedom: Runaway Slaves to Mexico and the Road to the Civil War, was researching violence on the U.S.-Mexico border when she stumbled upon records that led to her writing the first full-length book on the subject. Her work is featured in the current Smithsonian magazine.

“It really caught my attention, because I didn’t know that enslaved people were escaping into Mexico, and I never would have suspected that Mexican citizens and officials were protecting them.

“In 1821, Mexico passed these really radical antislavery laws, and Mexicans at all levels of society were serious about enforcing them. This was well known by enslaved people on the U.S. side of the border.

“We often think about mass migration into the United States, first from Mexico and now from Central America, as only going in one direction and the United States being this beacon for people to come to. I think it is a very important reminder that in the 19th century, it was the opposite for some people. Mexico was the destination that offered a kind of freedom that the United States didn’t.”

Latinas comprise almost 20% of the California population and 39% of all women in the state. The USC Dornsife College of Letters, Arts and Sciences’ Equity Research Institutepartnered with Hispanas Organized for Political Equality (HOPE) to examine areas where Latinas are making strong impacts. Their report, Leading with Hope: Supporting Latina Leaders for a Better California, looks at ways to strengthen Latina leadership in organizations throughout the state. Cynthia Moreno is a data analyst with the Equity Research Institute who studies the experiences of immigrant communities. Manuel Pastor, a Distinguished Professor of Sociology and American Studies and Ethnicity at USC, directs the Equity Research Institute.

Moreno: “Statewide census research shows that Latinas — both U.S. born and immigrants who have naturalized — are more likely to vote than their male counterparts. Not only are Latinas voting but they are pushing for changes in various areas. Their leadership ranges from serving on important commissions, to creating park access, to advocating for environmental justice. The women in this research paint a picture of Latina civic engagement that recognizes how issues need to be addressed with an equitable lens.”

Pastor: “This report shows that Latinas are leading in a way that addresses every concern — from education to our economy to the environment — and in a way that lifts up inclusion for every often-marginalized group in our society. So, while there is only one month with the official designation, every month is Latinx Heritage Month. In a state where Latinos are the single largest racial/ethnic group, the Latinx voice is important in areas ranging from climate change to economic justice, to community safety, to educational equity, to criminal justice reform.”

A reclamation of Afro-Latino identity

About six million U.S. adults identify as Afro-Latino, according to a study by the Pew Research Center. Yet Black identity is not always well-understood in the context of Latinx culture and identity. Associate Professor Reighan Gillam of the USC Dornsife School of Letters, Arts and Sciences researches the ways in which subjects experience, negotiate, and challenge stereotypical and controlling images. Her book, Visualizing Black Lives, looks at how Afro-Brazilians assert control over various means of representation in order to present a complex Black humanity.

“Brazil and Latin America received the bulk of the transatlantic slave trade — between five and six million. The United States received about 500,000. People are always shocked by the imbalance. Yet in Brazil today, people will tend to deny racism exists.

“In many Latin American countries, Blackness is erased from personal and collective identity. Black heritage can be seen in religious influences, food, and language. But it is thought to remain in the past. Now, there is more of a push to acknowledge Black people in the present. People in Latin America are identifying as Black in increasing numbers and social movements are insisting on acknowledging racial inequality.

“The story of Blackness in Latin America is being retold. People are constantly watching the media and movies and looking at how minoritized characters are represented. Some activists and thinkers take issue with the way that some of these stories are told. It’s a constant process of thinking about how to tell these stories in ways that don’t pigeonhole people and in ways that are not stereotypical or harmful.” 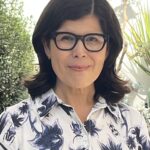 ‘Wealthification,’ culinary politics and the identity of the ‘under documented’ in Los Angeles

Fault lines running through Los Angeles are shaking the city along the divisions of culture and income. Natalia Molina, Distinguished Professor of American Studies and Ethnicity with the USC Dornsife College of Letters, Arts and Sciences, explores the intertwined histories of race, place, gender, culture, and citizenship. A historic L.A. restaurant once owned by her grandmother exemplified the places where immigrants who often lacked documentation defined the city through their work — and their cooking. Their history raises questions Molina is uniquely qualified to answer.

Can you define ‘authentic’ when it comes to Mexican cuisine?

“When it comes to ethnic cuisines, the word ‘authentic’ is vexed. Culture is permeable and changing, and dishes anywhere will eventually adapt — to new tastes, to available ingredients, to the market where they are sold, and to the pressures of adapting dishes to accommodate mainstream American palates.”

How is cooking a political act?

“Historically, a range of professionals, including teachers, social workers, and public health experts, advocated that immigrants should assimilate, the message being that their cultures were inferior to American ways. Americanization programs included training Latinx mothers and girls in hygiene, parenting skills, and food preparation. Within this context, cooking regionally-based dishes could be an act of defiance and a political act.”

Can you define and talk about under-documented Los Angeles?

“Working-class immigrant lives are often under documented, meaning that their own individual stories are not well served by printed records and/or archives. Being under-documented is not the same as being undocumented — a term used to describe an immigrant who is in a country without official permission — although the legally undocumented are often historically under-documented.”

Can you define and talk about under-documented Los Angeles?

“Working-class immigrant lives are often under documented, meaning that their own individual stories are not well served by printed records and/or archives. Being under-documented is not the same as being undocumented — a term used to describe an immigrant who is in a country without official permission — although the legally undocumented are often historically under-documented.”

Gentrification/wealthification are pitting Angelenos against each other, with some unfairly vilified. What is an under-discussed aspect of gentrification?

“Popular understandings of gentrification frame it as an economic issue, a fundamentally beneficial force that unfortunately displaces longtime residents but helps transform a ‘bad’ neighborhood into a ‘good’ one. A fairly unexplored dimension of gentrification is cultural gentrification. Gentrification does not just price out long-time residents. It threatens to erase the legacy of immigrant and minority place-makers. Ironically, it’s the diversity of the neighborhood, its ‘authenticity,’ that makes it attractive, and yet this is what is most threatened as those with higher incomes move in.”