USC, Google, and other partners aim to help get election info to voters 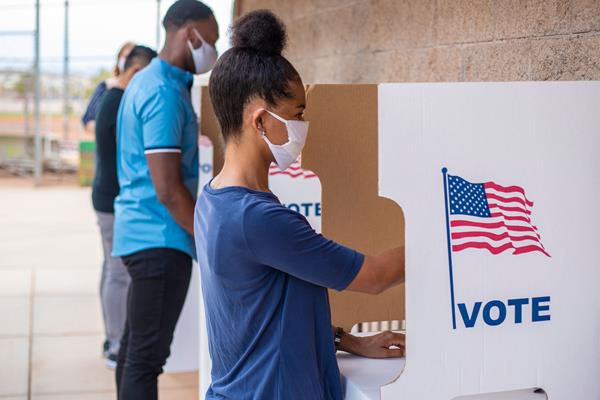 Leaders from government, technology and academia have launched a voter outreach effort to amplify accurate election information ahead of Election Day on Nov. 3.

USC has allied with Google, elected officials, and nonprofit leaders on a mission to help provide voters with important information about where, when, and how to vote in the 2020 elections — now just six weeks away.

The Voter Communications Task Force, supported by the USC Annenberg Center on Communication Leadership & Policy, is a nonpartisan initiative with a narrow focus: to identify and help others implement the best ways to communicate reliable election information to already-registered voters.

“In view of the difficulty that some citizens are having in trying to learn the rules for casting absentee ballots and in finding their voting locations during COVID-19, we felt that it was essential to help organizations to provide voters with accurate information from sources they can trust,” said Geoffrey Cowan, director of the USC Annenberg Center on Communication Leadership & Policy (CCLP) and former dean of the USC Annenberg School, that led the initiative. “We hope that this effort will help to create an informed electorate.”

“The work we’re doing is at the core of democracy,” Sandoval said. “All citizens need to have accurate information about when, where, and how to vote.”

“Google is very much interested in trying to provide good quality information about voting, especially during this 2020 election,” said Cerf, vice president and Chief Internet Evangelist for Google. “Accurate information is essential and must be available to the voting public.”

The task force has released a report that features a strategy for repeatedly pushing out information to registered voters through a variety of communication channels, including local news outlets, community and civic group outreach, digital messaging, push alerts, and paid or in-kind advertising.

The rules for elections vary from state to state and even from district to district. Due to the pandemic and other considerations, voting processes and locations may change at the last minute. The task force aims to help those organizations and groups already working on election issues to amplify accurate election information.