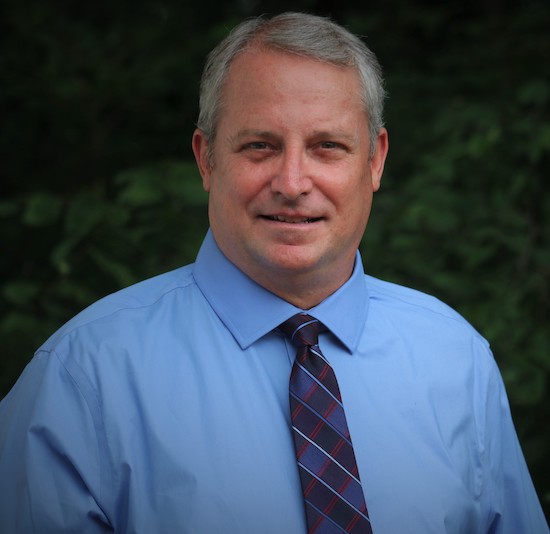 Mick Dalrymple fills a cornerstone role for the university aiming for zero-waste and carbon neutrality by 2028.

Dalrymple comes to USC from Arizona State University, where he served as the director of university sustainability practices for the past five years. He developed the department into ASU’s internal consulting service to empower the university in attaining ambitious sustainability goals, including achieving carbon neutrality in 2019 — six years ahead of schedule.

“Mick Dalrymple arrives as our sustainability efforts reach a critical juncture,” Folt said. “Many dynamic programs are in place, but the issues surrounding climate change are more urgent than ever and much more work needs to be done right now. It’s heartening, though, to see how the USC community — especially our students — are stepping up to tackle these complex issues with creativity and compassion. Mick will bring inspired leadership to our work.”

Dalrymple’s position as USC’s first chief sustainability officer comes with a charge of implementing a forthcoming 2028 sustainability plan that contains such goals as achieving carbon neutrality and zero waste.

Dalrymple will co-chair Folt’s Sustainability Coordinating Council and oversee the Office of Sustainability. He will begin Aug. 23 and report to David Wright, the senior vice president for administration.

“Mick Dalrymple’s experience at a large university and a complex organization positions him well to maximize and expand USC’s sustainability efforts,” Wright said. “This position is a cornerstone to advance President Folt’s sustainability vision and galvanize the campus into action.”

Since Folt arrived nearly two years ago, USC has done a hard pivot to incorporate sustainability into its curriculum, operations, research and facilities. In that time, the university has completed a laundry list of projects big and small. To name just a few, USC has aligned to support Los Angeles Mayor Eric Garcetti’s Green New Deal, installed solar arrays at two locations, expanded zero waste events and partnered with community groups to grow trees in vulnerable communities.

Among Folt’s aggressive initiatives to promote USC sustainability are:

“President Folt has high goals for sustainability, and USC has the potential to accelerate this work and quickly become a best practices example of sustainability for the community and the world,” Dalrymple said. “I jumped at the opportunity to take this on, apply lessons learned from my ASU experience and use them to help USC scale up fast. Climate change and sustainability demand an ‘all hands on deck’ approach.”

Dalrymple earned an MBA at ASU and a master’s degree at the Thunderbird School of Global Management in Arizona. His undergraduate degree is from the University of Arizona in Tucson. He’s also undertaken intensive Spanish language studies in Mexico and elsewhere.

While at ASU, he previously served as practice lead in an externally-facing sustainability consulting service and managed an urban-scale energy efficiency project in Phoenix. He also co-founded two Arizona businesses that provided green building construction materials and LEED consulting services.

On a personal level, Dalrymple strives to live sustainability values by driving an electric vehicle, which he bought used, “to advance transportation electrification and the circular economy.” He retrofitted his Arizona house to be highly energy efficient and then added solar water heating and 3 kilowatts of solar photovoltaic panels. His family practices composting, recycling and avoiding toxins in household products.

Dalrymple previously worked in L.A. in the film industry in the 1990s and marveled at how far the city has come with its cleaner skies and mass transit. Dalrymple said he and his wife, Alison, who runs her own real estate business, are looking forward to finding a green home near a Metro stop so he can ride the train to USC — an option unavailable when he last lived here.