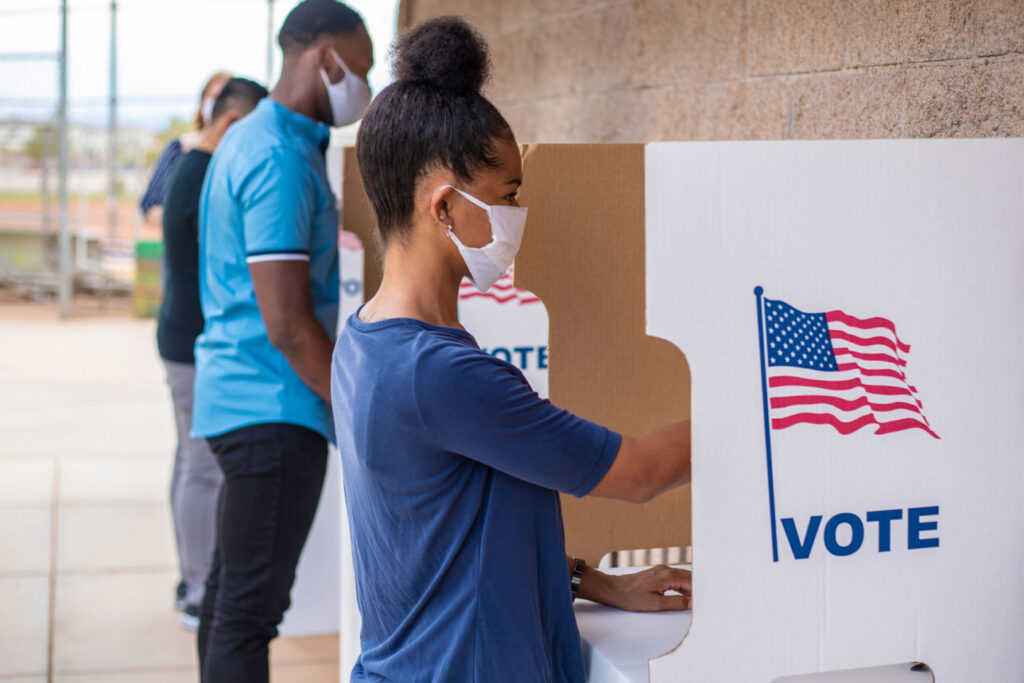 Los Angeles, May 26, 2022 – To help boost voter engagement and participation across Los Angeles County during the 2022 midterm elections, the Center for Inclusive Democracy (CID) at the USC Price School of Public Policy, in partnership with the Los Angeles County Registrar-Recorder/County Clerk (RR/CC), is rolling out an update of its digital Los Angeles County Voter Turnout Tool. The tool will provide voting advocacy groups, election officials, and the general public with unofficial counts of voters who have cast a ballot in Los Angeles County by mail, drop box and in-person, starting May 28 through the June 7 Primary Election.

unty RR/CC to create visualized data maps of registered voters who have cast their ballot by precinct and at Vote Center locations. The data provided by the RR/CC does not include a tally of votes cast as official election results cannot be tallied before 8 p.m. on Election Day. CID will provide updates daily during the early voting period that begins May 28, and hourly on Election Day showing the number of ballots returned (or cast) based on voter participation data from the RR/CC. In addition, the tool will enable users to map neighborhood demographic characteristics, as well as previous election turnout data to inform outreach and voter education efforts.

“Knowing which communities have high or low voter participation leading up to the election can be critical to getting out the vote,” said Mindy Romero, CID director, and assistant professor at USC Price. “This online Voter Turnout Tool will allow communities across Los Angeles County the opportunity to better track early voting, as well as plan targeted outreach neighborhood by neighborhood within the county.”

The Voter Turnout Tool was first introduced during the 2020 General Election. It is the second web-based application offered by CID to help both advocacy groups and election officials plan election-related decision-making and outreach. The other—the CID Voting Location Siting Tool—is a web-based interactive data mapping system that helps communities identify accessible Vote Centers and polling places likely to have the most success serving voters. Now available in 14 states, the Voting Location Siting Tool and its detailed data maps have been widely used to inform community-based voter outreach efforts across the country.

The Center for Inclusive Democracy (CID) is part of the USC Sol Price School of Public Policy and is based in Sacramento. CID conducts a range of national and multi-state research initiatives exploring voting behavior, civic engagement, electoral and economic research, the intersection of social justice and democracy, and more. Its data-driven research informs and empowers a wide range of policy and organizing efforts aimed at eliminating disparities in social and economic well-being.

Based at the University of Southern California, the Sol Price School of Public Policy provides education and research that promotes innovative solutions to the most critical issues facing society. For more than 90 years, USC Price has earned the public’s trust by creating path-breaking research and scholarship.