USC/Princeton Study: Adult Life Expectancy Falling for Those Without a Four-year College Degree 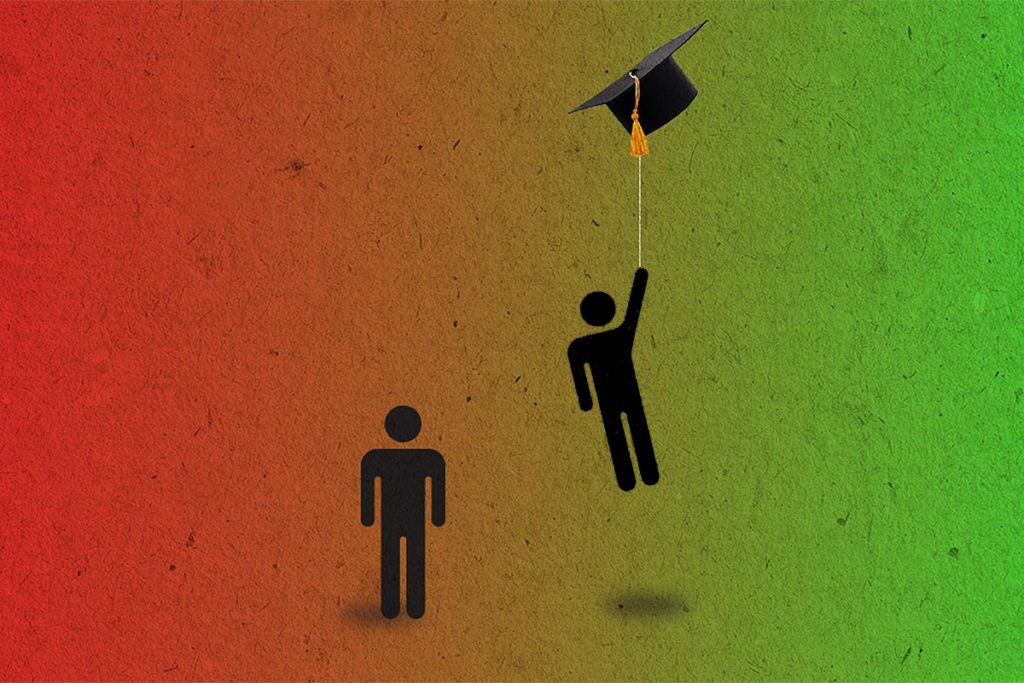 Before COVID-19 took a toll on overall life expectancy, adult life expectancy had already declined among the two-thirds of Americans who lack a bachelor’s degree. Researchers say those with a college degree increasingly live longer and more prosperous lives while those without face rising mortality and declining prospects.

American adults without a college degree have experienced greater reductions in life expectancy when compared to their more-educated counterparts, USC and Princeton researchers have found.

The study reveals that after nearly a century of declining mortality up to the late 1990s, the progress continued into the 21st century for more-educated Americans but stalled for the population as a whole and reversed for the two-thirds of Americans who do not have a college degree.

The study appeared Monday in the Proceedings of the National Academy of Sciences.

The researchers examined overall mortality in the United States using records spanning from 1990 to 2018. Assuming that mortality rates at each age remained constant at their level in each year, they then calculated how long a 25-year-old could expect to live up until the age of 75.

The age range (25-75 years old) coincides with increasing “deaths of despair” in the United States from the opioid epidemic, alcohol and suicide, as well as a slowing of progress on deaths from cardiovascular disease.

Study authors Anne Case and Sir Angus Deaton, who have previously documented the toll of deaths of despair on Americans, said their latest findings demonstrated the increasing influence of educational attainment on a person’s health and economic security in the U.S.

“The United States has this increasingly sharp societal division between people who have a college degree and those who don’t,” said Deaton, Presidential Professor of Economics at the USC Dornsife College of Letters, Arts and Sciences, Distinguished Fellow at the USC Schaeffer Center and the Dwight D. Eisenhower Professor of International Affairs, Emeritus, at Princeton. “If you don’t have a four-year degree, not only have your wages been falling for 50 years but our study shows your adult life expectancy is also decreasing.”

“America is the richest large country in the world, with frontier medical technology, yet we still see large declines for Americans without a four-year degree, even prior to the arrival of COVID-19,” said study author Anne Case, the Alexander Stewart 1886 Professor of Economics and Public Affairs, Emeritus, at Princeton University. “Without a four-year college diploma, it is increasingly difficult to build a meaningful and successful life in the United States.”

The study was based on death certificates in the National Vital Statistical System, which includes records of 48.9 million deaths of people aged 25 to 84 between 1990 and 2018 — before the COVID-19 pandemic. The data indicate age, sex, race, ethnicity, education and year of death.

Case and Deaton constructed a time series with a summary of each year’s mortality rates in adulthood from ages 25 to 75. Like life expectancy at birth, their measure is what’s known as a “period measure,” or a summary of mortality rates between ages 25 and 75 in a given year. To calculate mortality rates, they drew on population data from the American Community Survey and the Current Population Surveys.

The researchers said that people with some college do better than those with only a high school degree. However, the gap is much wider between those with and without a four-year degree. According to the study, by 2018, American adults with a bachelor’s degree could expect to live another 48.2 years out of a possible 50, compared with 45.1 years for those without a college degree.

Case and Deaton said in addition to deaths of despair, contributing factors to reduced life expectancy include obesity, smoking and cardiovascular disease, along with a shrinking pool of high-quality jobs.

“Good jobs have become increasingly rare for workers without a college diploma, many of whom have lost their jobs to globalization and automation and for whom the cost of employer-provided health care has increasingly priced them out of the high-quality labor market,” said Deaton. “There has been a real loss of the pillars of working-class life, and it has contributed to this decline in adult life expectancy.”

The study’s data predate the devastating COVID-19 pandemic. Other studies — including a recent study by USC and Princeton scientists — have calculated pandemic-related life expectancy declines by race and ethnicity.

Case and Deaton predict the pandemic will only exacerbate the education divide in life expectancy. They point to the fact that those without a bachelor’s degree are more likely to work in sectors where they may face a greater risk of exposure than those with college degrees who are more likely to be able to work at home.

In their book, Deaths of Despair and the Future of Capitalism, Case and Deaton documented the deaths of despair — a devastating epidemic that preceded COVID-19, taking the lives of 158,000 Americans in 2018 and contributing to the first three-year drop in U.S. life expectancy since the Spanish flu. They explored the struggles that have primarily affected those without a college degree, which led them to suicide, alcoholism, drug overdoses and premature death.

The study was supported by the National Institute on Aging with support through a grant to the National Bureau of Economic Research (award no. R01AG053396).