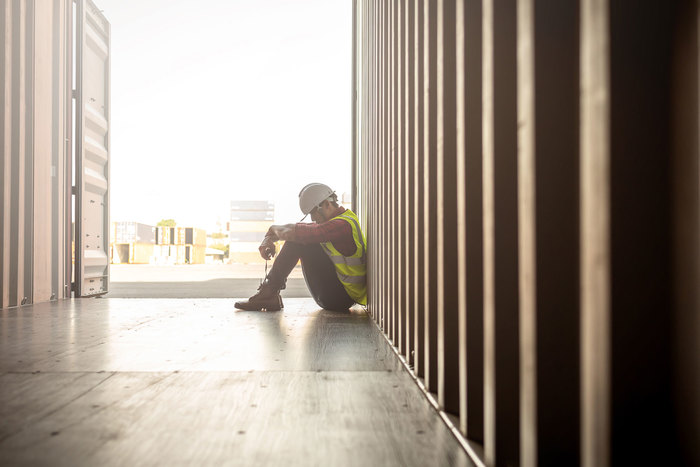 USC and Princeton researchers found this pain pattern is unique to the United States compared to other wealthy nations. They say the findings have serious implications for the American healthcare system.

A new study finds middle-aged Americans are now reporting more pain than the elderly — and it has to do with their level of education and that pain is rising more quickly in younger people.

Using survey responses from more than 2.5 million adults in the United States and the European Union, researchers found pain is more prevalent among the two-thirds of U.S. adults without a four-year college degree than among older Americans. Strikingly, each generation of less-educated Americans is experiencing higher pain throughout their lives than older generations.

The study was published online today in the Proceedings of the National Academy of Sciences.

“Our expectation was that pain would increase as one’s age increases, due to physical deterioration and higher probability of chronic illnesses,” said study author Arthur Stone, professor of psychology at the USC Dornsife College of Letters, Arts and Sciences and director of the Dornsife Center for Self-Report Science. “But our research found middle-aged Americans had higher levels of pain than the elderly, which is especially pronounced for people without a college degree, and the question was, why?”

The study authors also found this pain pattern is unique to the United States compared to other wealthy nations. They say if pain prevalence continues to increase with each generation, tomorrow’s elderly will be sicker than today’s elderly. The findings have serious implications for the American healthcare system.

“Pain undermines quality of life, and pain is getting worse for less-educated Americans,” said study author Sir Angus Deaton, Presidential Professor of Economics at USC Dornsife, fellow at the USC Schaeffer Center for Health Policy and Economics and the Dwight D. Eisenhower Professor of Economics and International Affairs Emeritus at Princeton University. “This not only makes their lives worse but will pose long-term problems for a dysfunctional healthcare system that is not good at treating pain.”

Decoding the mystery of pain

The research team used multiple data sets and definitions of pain from surveys conducted by Gallup, the U.S. Census Bureau and the European Union. Reports of pain were recorded between 2006 and 2018 among adults aged 25-79 in the U.S. and 20 other wealthy countries. The American data included only Black and white non-Hispanics adults.

The authors looked at different birth cohorts born between 1930 and 1990 using data from four U.S. surveys: the Gallup Health and Wellbeing Index, the Census Bureau’s National Health Interview Survey, the Department of Health and Human Services’ Medical Expenditure Panel Survey, and the University of Michigan’s Health and Retirement Study.

In their first set of analyses, they found that men and women living outside of the United States report more pain as they age — the expected result. In their second analysis, after examining education level, they found this to also be true for Americans with a bachelor’s degree but not for the two-thirds of U.S. adults without a college degree, who reported more pain in midlife.

The key to the mystery was examining when people of different ages were born. For example, researchers compared three groups or cohorts of 52-year-olds with less education: those born in 1955, 1960, and 1965. Forty percent of the 1965 cohort reported pain at age 52, compared with 32% of the 1955 cohort. For these less-educated cohorts, each year of age is associated with an increase in pain prevalence of around one percentage point per year.

Less-educated Americans also experience more pain as they age. But because each birth cohort reports higher levels of pain throughout their adult life than the cohort before them, those who are middle-aged report more pain at any given age than older adults, who have had lower pain levels throughout their lives.

“The connection between less-educated Americans and pain is shaped by a number of factors from income to social isolation to rising deaths of despair. It’s of great concern to us, as researchers, that it seems to be worsening,” said study author Anne Case, the Alexander Stewart 1886 Professor of Economics and Public Affairs, Emeritus at the Princeton School of Public and International Affairs.

The high cost of increasing pain

More than 100 million Americans experience pain, costing the U.S. as much as $635 billion each year, according to the Institute of Medicine.

Pain plays an important role in the ongoing epidemic of rising “deaths of despair” from suicides, drugs and alcoholic liver disease concentrated among less-educated Americans. Combined with stalled progress for heart disease mortality rates, these deaths brought a three-year decline in life expectancy at birth for the first time in a century, according to prior research by Case and Deaton.

Pain has been used to justify both the approval and prescription of opioids, fueling another catastrophic American epidemic. The authors point to evidence that pharmaceutical companies targeted areas of labor market disintegration, so that the social collapse and opioid explanations for rising pain in middle age are interconnected.

The study lists possible caveats and considered alternative explanations for the findings. First, people could be reporting more minor pain than in the past. Second, obesity is also a major public health problem in America and with more weight comes more strain on the body. Third, Americans have moved into worse jobs that bring more painful tasks with an increased risk of injury. The researchers say the third explanation has been extensively investigated and can be ruled out because “assembly lines or coal mines are more dangerous than call centers, fast food restaurants or Amazon warehouses.”