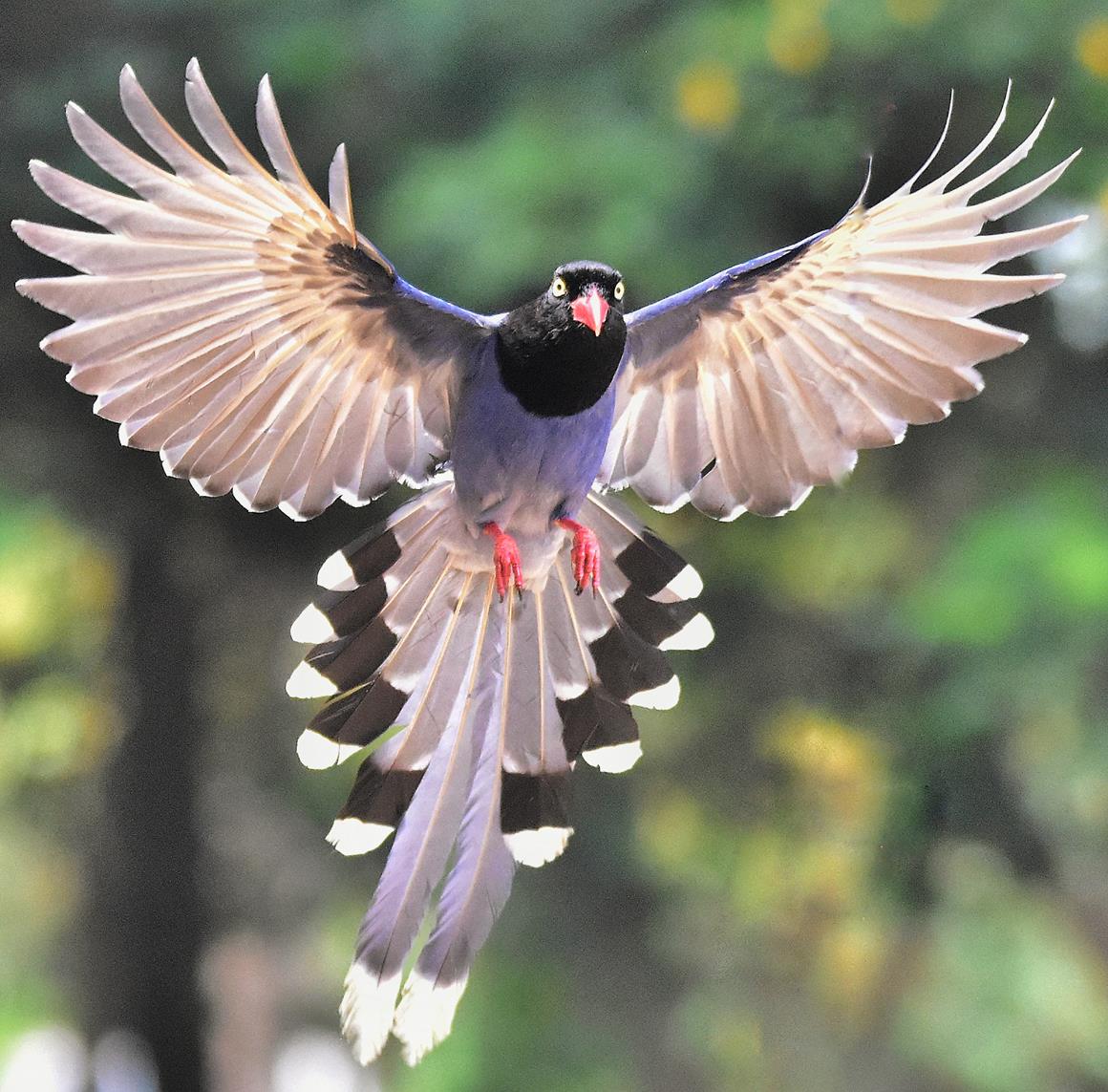 An analysis of the form and function of feathers of 21 bird species by USC scientists and colleagues showed key molecular and structural differences to explain avian diversity and evolution as well as potential applications for modern technology.

Birds of a feather may flock together, but the feathers of birds differ altogether.

New research from an international team led by USC scientists set out to learn how feathers developed and helped birds spread across the world. Flight feathers, in particular, are masterpieces of propulsion and adaptation, helping penguins swim, eagles soar and hummingbirds hover.

Despite such diversity, the feather shares a common core design: a one-style-fits-all model with option trims for specialized performance. This simplicity and flexibility found in nature holds promise for engineers looking for better ways to build drones, wind turbines, medical implants and other advanced materials.

Those findings, published today in Cell, offer an in-depth look at the form and function of a feather based on a comparative analysis of their physical structure, cellular composition and evolution. The study compares feathers of 21 bird species from around the world.

“We’ve always wondered how birds can fly in so many different ways, and we found the difference in flight styles is largely due to the characteristics of their flight feathers,” said Cheng-Ming Chuong, the study’s lead author and a developmental biologist in the Department of Pathology at the Keck School of Medicine of USC. “We want to learn how flight feathers are made so we can better understand nature and learn how biological architecture principles can benefit modern technology.”

A comprehensive inquiry into feather characteristics

They compared feathers using fossils, stem cells and flight performance characteristics. They focused on the feather shaft, or rachis, that supports the feather much like a mast holds a sail, bearing the stress between wind and wing. They also focused on the vane, the lateral branches astride the shaft that give the feather its shape to flap the air. And they examined how evolution shaped the barbs, ridges and hooks that help a feather hold its form and lock with adjacent feathers like Velcro to form a wing. The goal was to understand how a simple filament appendage on dinosaurs transformed into a three-level branched structure with different functions.

For birds such as ducks, eagles and sparrows that fly in different modes, the scientists noted significant differences in the feather shaft compared to ground-hugging birds. On the rigid exterior, the shaft cortex was thinner and lightweight, while the interior was filled with porous cells resembling bubble wrap, aligned into bands of various orientations and reinforced with ridges that operate like tiny lateral beams. Together, it forms a light, hollow and buoyant structure to enable flight. Cross-sections of feather shafts of different birds show highly specialized shapes and orientations of the inner core and outer cortex.

By contrast, feathers in flightless birds were simpler, consisting of a dense cortex exterior that is more rigid and sturdy with fewer internal struts and cells found in flying birds. The features were especially pronounced for penguins, which use wings as paddles under the water.

As part of the study, the researchers looked at nearly 100 million-year-old feathers, found embedded in amber in Myanmar. These fossils show early feathers lacked one key feature that modern birds have. Specifically, the researchers report how fossil feathers had barb branches and barbules, which form a feather vane by overlapping, but not hooklets. The hooklets, which act like clasps to turn fluffy feathers into a tight flat plane for high-performance flight, evolved later. The scientists also identified WNT2B, another growth factor, as the agent that controls hooklet formation. These also originated from epidermal stem cells.

Taken together, the findings show how feathered dinosaurs and early birds could form a primitive vane by overlapping barbule plates, although that wasn’t aerodynamically fit to carry much load. As more complex composite features occurred in the wing, it got heavier, so feather shafts became stronger yet more lightweight, which led to stiffer feathers and sturdy wings that powered flight to carry birds around the world.

“Our findings suggest the evolutionary trends of feather shaft and vane are balanced for the best flight performance of an individual bird and become part of the selective basis of speciation,” the study says. “The principles of functional architectures we studied here may also stimulate bio-inspired designs and fabrication of future composite materials for architectures of different scales, including wind turbines, artificial tissues, flying drones.”

Work at USC was supported by the National Institutes of Health (AR 047364, AR 060306) while team members in Taiwan were supported by grants from their own institutes and the Taiwan government.