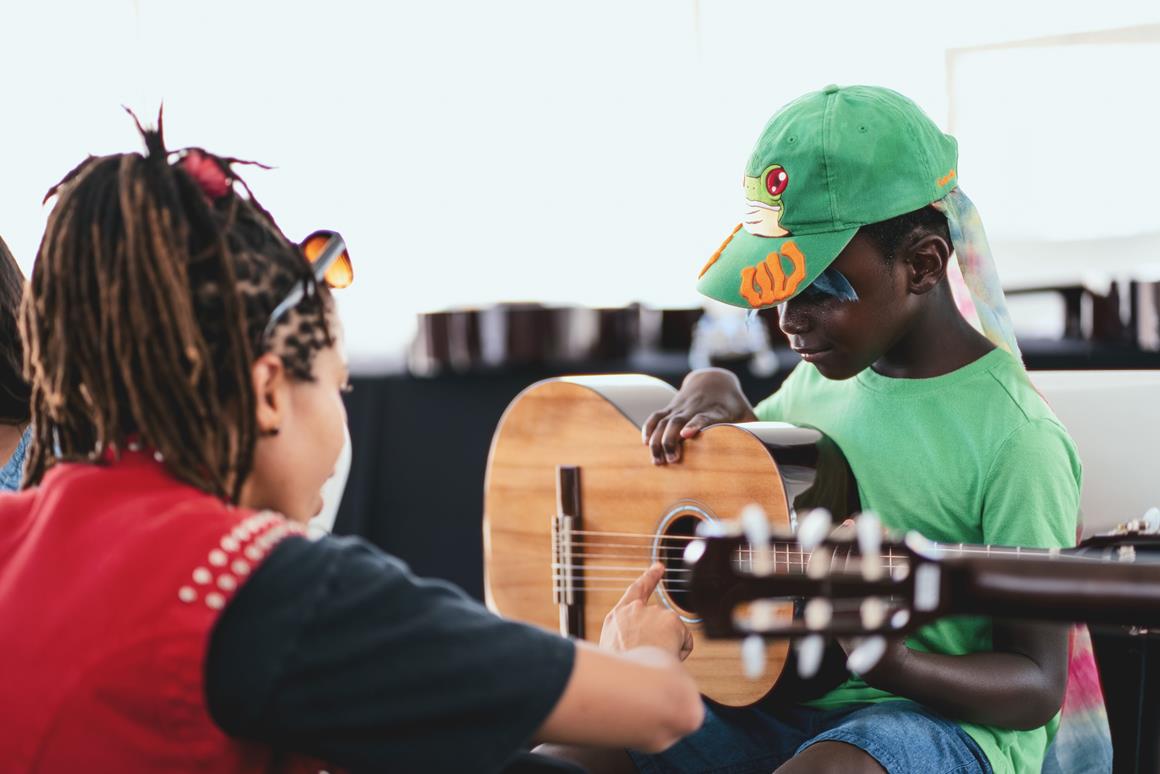 Results highlight areas for state legislators and school leaders to consider as they expand music education programs across California.

The latest USC research on the impact of music education shows that for adolescents, the benefits appear to extend beyond a surge in neural connections in their brains. It actually boosts their wellbeing.

The study published Wednesday by the journal Frontiers In Psychology comes just weeks after voters statewide approved Prop. 28 to increase funding for arts and music education in California public schools.

A USC Thornton School of Music researcher said the results are especially meaningful amid a nationwide mental health crisis.

“We know that the pandemic has taken a toll on student mental health. The many narratives of learning loss that have emerged since the start of the pandemic paint a grim picture of what some call a ‘lost generation’,” said Beatriz Ilari, an associate professor of music education at the USC Thornton School of Music and corresponding author of the study. “Music might be an activity to help students develop skills and competencies, work out their emotions, engage in identity work and strengthen connections to the school and community.”

The work was supported by grants including one from the Fender Play Foundation, a nonprofit organization that places instruments in the hands of youth who aspire to play and reap the powerful benefits of music education.

Evidence of those benefits continues to mount, although many states and school districts have reduced the amount of class time, faculty and curriculum dedicated to the arts amid budget crunches and changes in curriculum standards.

Ilari contributed to prior studies, including a longitudinal one by the USC Brain and Creativity Institute, that demonstrated children who learn a musical instrument have enhanced cognitive function. Other research also has shown music education contributes to improved creativity and confidence, better mental health and emotional stability, and student performance, according to a paper published last year by the International Journal of Environmental Research and Public Health.

Greater hope for the future 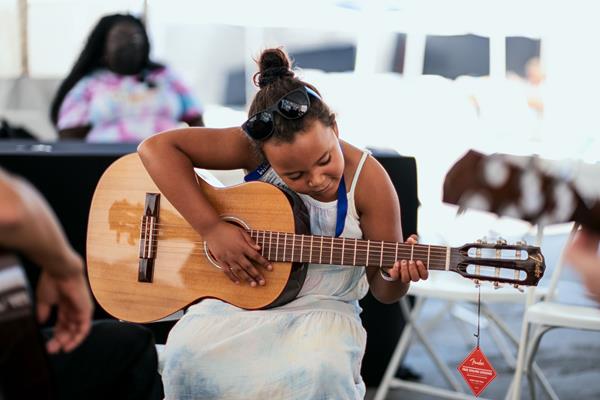 For the study, researchers examined the impact of music on “positive youth development,” a measure of the strengths of adolescents and their potential to contribute to society developed by scholars from Tufts University. Researchers also included measures for school connectedness and hopeful future expectations.

The researchers administered anonymous, online surveys to 120 students from 52 Los Angeles Unified School District middle schools. The survey questions covered the key domains of positive youth development including competence and confidence. Past research shows that adolescents who manifest these attributes are more likely to make positive contributions to society and less likely to engage in risky behaviors later in life.

Ilari and her fellow researchers, including USC Thornton alumna Eun Cho, found many positive effects. They found that students who started music education before age 8 were more hopeful about the future, and younger students receiving musical training scored higher in key measures of positive youth development.

In completing the study’s survey questions, students were invited to choose from multiple gender categories beyond the usual binary gender options, including “non-binary” and “prefer not to answer,” to identify themselves. Non-binary students scored lower in overall positive youth development and connection than girls. They also scored lower in confidence and connection than boys.

“Given the high levels of depression and suicide ideation among LGBTQ+ and non-gender conforming students, it is crucial that research examining adolescent well-being move beyond the gender binary,” Ilari said. “In addition to filling critical gaps in the existing literature, results from our study can be used to inform the development of programs and policy for all young people.”

In addition, the study explored students’ engagement in different music programs, including the Virtual Middle School Music Enrichment (VMSME), a tuition-free, extracurricular program that focuses on popular music education and virtual learning. The program is available through a school district partnership with the Fender Play Foundation. Researchers found that students participating in multiple forms of music education and for longer periods of time scored higher in measures for competence and hopeful future expectations. Some participants in these groups were also enrolled in private lessons and/or playing in small ensembles that offer more individual attention than large group classes. In contrast, students in the extracurricular VMSME program came from low-income neighborhoods and participated in fewer extracurricular activities.

“By expanding access to instruments and music classes for students from low socioeconomic areas – a population that is often left out of school music programs – VMSME contributed to the democratization of music education,” Ilari said. “Throughout the pandemic, students in public schools, especially in urban areas, were disproportionately impacted by the lockdowns that deprived them of physical and social contact with peers. VMSME brought together students from different neighborhoods and at a time when forming peer groups is essential to social identity development.”

More research is needed to better understand disparities in access to formal music education, Ilari said, but she said programs that give student agency in their learning and allow them to engage with peers from other schools, like VMSME, have the potential to promote learning and well-being.