USC researchers hone in on the elusive receptor for sour taste 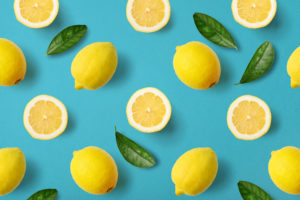 Sour is the taste of summer, a taste that evokes lemonade stands and vine-ripe tomatoes. Among the five basic tastes — the others being bitter, sweet, salty and umami — it is arguably the most subtle. In small amounts, it adds a critical tang to an otherwise bland dish. At higher concentrations and on its own, it’s unpleasant or even painful.

But what causes the sensation of sourness, and why do we like it so much? USC scientists may have solved the first mystery: how sour tastes are sensed by animals.

Fruits and vegetables that taste sour are high in acids, including citric acid for lemons, tartaric acid for grapes and acetic acids in fermented foods like vinegar. It has been recognized for more than a century — since the introduction of the pH meter — that the low pH and high concentration of H+ ions in these foods generate a perception of sourness in humans. But how pH is sensed at the level of the tongue, and specifically what molecule constitutes the pH sensor, was not known.

A group led by Emily Liman, professor of biological sciences at the USC Dornsife College of Letters, Arts & Sciences, have reported in Current Biology that a sensor for pH on the tongue is the otopetrin 1 gene (Otop1). Otop1 is a member of a class of molecules called ion channels, which allow charged ions to cross cell membranes. In the case of Otop1, the charged ion carried across the membrane is H+, which is released into the mouth by acids.

Last year, Liman’s team published research in Science that closed in on the sour-taste sensor. In that study, they used high-throughput sequencing methods made possible by advances in genomics to identify a list of roughly 40 previously uncharacterized genes that could encode a sour sensor. By studying the function of each gene, they whittled the list down to Otop1 because it was the only candidate that, when introduced into non-taste cells, gave them the ability to respond to acids.

While the USC scientists had identified OTOP1 — the protein encoded by the Otop1 gene — as forming a proton channel, they did not show that it was required for sour-taste responses in an intact animal.

Taste occurs when ingested chemicals interact with specialized cells on the tongue and palate. These cells are called taste receptor cells and are found in taste buds, which are concentrated on the back, sides and front of the tongue and on the roof of the mouth. Different taste receptor cells respond to each of the five basic tastes, and they release neurotransmitters onto gustatory nerves that send signals to the brain. This allows the nervous system to determine whether the ingested chemical has qualities perceived as bitter, sweet, umami, sour, salty or a mix of the five.

The new study followed up on previous findings that OTOP1 gave cells the ability to detect low pH. Graduate student Yu-Hsiang Tu used gene-editing technology to generate mice with an inactivated Otop1 gene to test if the OTOP1 protein was necessary for responding to sour chemicals — or acids. When sour taste receptor cells are exposed to acids, they respond by producing an electrical signal — or current — because of the movement of H+ ions across the cell’s membrane.

Whereas the previous experiments were performed with isolated taste receptor cells, the researchers also studied the importance of OTOP1 in mice by measuring the activity of the gustatory nerves in response to sour-tasting solutions introduced into the mouth of the mice. For these experiments, they teamed up with leading taste researcher Sue Kinnamon and graduate student Courtney Wilson at the University of Colorado Medical School. As expected, the activity of these nerves was severely reduced in mice with nonfunctional OTOP1, showing that the ability of the mice to sense acidic solutions — and thus sour tastes — was impaired.

Surprisingly, the scientists found that mice with a nonfunctional Otop1 gene could still produce a small response to sour taste stimuli; the sour taste receptor cells still produced a few action potentials and the gustatory nerve produced a small response to very acidic stimuli. They postulate that another signaling mechanism, unrelated to OTOP1, also contributes to sour taste. They also tested the behavior in mice and found that the mice with a nonfunctional Otop1 gene still found acidic stimuli aversive.

“The behavioral response to acidic stimuli that are ingested is complex. You have the taste receptor cells that can detect acids, but you also have the pain system, which responds to low pH,” Liman said. “Finding the molecular basis for the sour taste sensor takes us one step closer to understanding how different animals and individuals perceive the world.”

Identification of the molecule responsible for taste opens up possibilities for wide application. This information may lead to an understanding of individual differences in food preferences and flavor perception, guide nutrition science and lead to novel approaches to pest control. Professional flavorists and chemists can leverage this information to manipulate flavors to make food or even medications more pleasing to the palate while also making household products containing toxic chemicals less pleasing.