USC researchers share their discoveries on Alzheimer’s disease, discuss a new drug and other potential therapies

USC remains among the top private institutions in federal funding for Alzheimer’s research, and its fleet of dedicated researchers continue to lead the way on understanding the disease. Now, during Alzheimer’s and Brain Health Awareness month, USC scientists are covering new ground, revealing cultural barriers to reaching people who need support with care, learning why an Amazonian indigenous group rarely develops the disease, and contending with a controversial drug approval. More than 5 million Americans struggle with the disease.

• Facebook Live this Wednesday: USC experts Karen Lincoln, Michael Rafii and Andrei Irimia will discuss these topics and more at a live event on Facebook at 10 a.m. Wednesday, June 23. 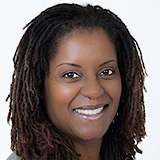 “African-Americans still have the lowest level of basic knowledge about Alzheimer’s, have few trusted sources of information for it, and have the highest risk of the disease in the United States,” says Karen Lincoln, an associate professor at the USC Suzanne Dworak-Peck School of Social Work. “Increasing Alzheimer’s literacy among African-Americans is crucial for increasing their awareness of their personal risk for the disease, improving care, reducing disparities and ultimately enhancing the quality of life of people diagnosed and their caregivers.”

Lincoln, who is the founder of Advocates for African American Elders, draws insight from personal experience – her own mother’s diagnosis with dementia. Despite her professional expertise, it took Lincoln several years to convince her family that something was wrong.

Today, Lincoln focuses on tailored text messaging as a way to educate the Black community about the disease. Where the Alzheimer’s Association might text reminders to engage in brain games such as Scrabble or Sudoku, Lincoln urges her community to play dominoes or try driving a different route to church. 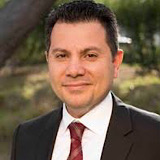 “Keck Medicine of USC maintains a very robust Alzheimer’s disease research program and we are interested in all treatments that could potentially benefit patients. There is still a lot to be learned about aducanumab,” says Krist Azizian, chief pharmacy officer at Keck Medicine of USC. “The drug was tested on patients with mild cognitive impairment. Therefore, while the Food and Drug Administration (FDA) has issued a broad authorization of aducanumab, we will work to designate a select patient population that may benefit from the therapy.

“Keck Medicine’s strategy is to first develop a screening criterion for appropriate candidate selection. We will also create guidelines for monitoring and assessing patients during and post-treatment that includes brain imaging. Access to the medication will not be an issue for patients as our health system has multiple infusion centers available to administer the drug. We will also keep in mind the fact that the FDA can ultimately remove aducanumab from the market pending additional data and verification of clinical benefit as part of the accelerated approval process.” 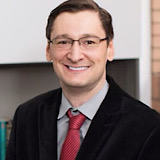 “The Tsimane people have provided us with an amazing natural experiment on the potentially detrimental effects of modern lifestyles on our health,” said Andrei Irimia, an assistant professor of gerontology, neuroscience and biomedical engineering at the USC Leonard Davis School of Gerontology and the USC Viterbi School of Engineering.

In his study of this isolated group in Bolivia’s Amazon, Irimia has found that despite high levels of inflammation, these individuals are unique for their healthy brains that age more slowly.
Although people in industrialized nations have access to modern medical care, they are more sedentary and eat a diet high in saturated fats. In contrast, the Tsimane have little or no access to health care but are extremely physically active and consume a high-fiber diet that includes vegetables, fish and lean meat.

“These findings suggest that brain atrophy may be slowed substantially by the same lifestyle factors associated with very low risk of heart disease,” Irimia says.

A drug target other than amyloid 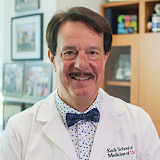 Berislav Zlokovic, director of the Zilkha Neurogenetic Institute at the Keck School of Medicine of USC, is investigating whether a hepatitis C drug called Debio-025 might prevent Alzheimer’s by keeping the brain’s blood vessels healthy.

Zlokovic’s research focuses on how the lining of capillaries in the brain break down in some people, leading to brain tissue damage and cognitive problems with or without the presences of amyloid plaques.

In mice with the APOE4 gene, which carries a high risk for Alzheimer’s disease, Debio-025 appeared to inhibit one step in that breakdown process. The results of that study were recently published in Nature Aging.

“We are excited to further study the potential that interventions focused on blood-brain barrier repair and blood vessel strength, independent of amyloid pathology, could have on slowing down or stopping neurodegeneration and cognitive decline in advanced Alzheimer’s disease,” said Zlokovic.

Could virtual reality serve as a form of ‘medicine’ to preserve cognition? 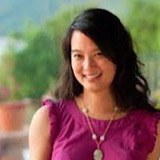 “A large body of literature has found that exercise enhances cognition. But very few studies have looked at physical and cognitive activity, simultaneously, in a virtual reality environment,” says Judy Pa, an associate professor at the Mark and Mary Stevens Neuroimaging and Informatics Institute in the Keck School of Medicine and the department of Neurology.

“In my lab, we are putting volunteers wearing virtual reality headsets on exercise bikes and observing whether this impacts their cognition. We’re excited about the potential for creating an adaptable and safe environment for improving cognitive dysfunction in older adults at risk for Alzheimer’s disease.” 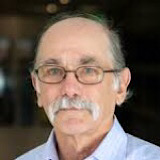 “As part of the brain’s waste clearance system, perivascular spaces play an important role in maintaining brain health across the lifespan. Our research is now showing that changes in PVS function are linked to the cognitive decline seen in both Alzheimer’s and Parkinson’s,” says Arthur W. Toga, director of the Mark and Mary Stevens Neuroimaging and Informatics Institute (INI) at the Keck School of Medicine of USC.

Perivascular spaces, or PVS, are fluid-filled regions around blood vessels in the brain involved in clearing waste and toxins. Recent advances in imaging technology have enabled scientists to get a closer look at PVS and to study their role in aging. In 2020, the INI launched a five-year study to map PVS across the lifespan as part of the National Institutes of Health-led BRAIN Initiative. 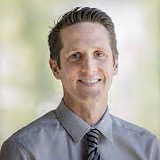 “We’re interested in the biological aging of neural stem cells—the stem cells of the nervous system—which are particularly vulnerable to the ravages of time, contributing to normal age-related cognitive decline, as well as to Alzheimer’s disease,” said Michael Bonaguidi, an Assistant Professor of Stem Cell Biology and Regenerative Medicine, Gerontology and Biomedical Engineering at the Keck School of Medicine of USC.

To combat these challenges, the Bonaguidi Lab has already identified one FDA-approved chemotherapy drug, Imatinib, that encourages neural stem cells to divide more. Ongoing studies seek to induce these stem cells to make more new neurons and demonstrate that these additional neurons improve learning and memory.

“Much work remains to be done, but we’re making exciting progress towards our goal of identifying prescription drugs that could rejuvenate our brains as we grow older,” Bonaguidi said. 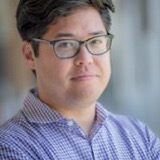 “We’re using a stem cell-based approach to create patient-specific models of Alzheimer’s disease in the laboratory,” said Justin Ichida, who is the John Douglas French Alzheimer’s Foundation Associate Professor of Stem Cell Biology and Regenerative Medicine at the Keck School of Medicine of USC, and a New York Stem Cell Foundation–Robertson Investigator.

To accomplish this, the Ichida Lab takes small skin or blood samples from patients. They then reprogram these skin or blood cells to become immune cells called microglia, which scavenge and clean up tangled proteins and plaques from the brain.

“We’re currently testing whether these microglia stop scavenging in response to genetic changes associated with Alzheimer’s disease,” Ichida said. “If we do observe this problem with the microglia, then we not only will understand why there’s a buildup of tau proteins and amyloid plaques in patients’ brains, but also will be able to better guide the quest for new treatments for Alzheimer’s disease.”