Will next week’s midterm elections be hacked? 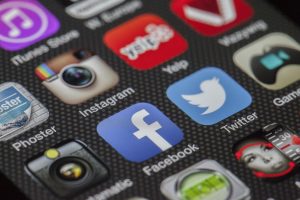 With the 2018 midterm elections just one week away, social media companies are stepping up efforts to identify and stop viral deception campaigns. Facebook recently announced a new “war room” to detect and counter hate speech, voter suppression efforts and fake social media accounts due to Russian meddling in the 2016 presidential election and the rise of ‘”fake news” to influence voter opinion. USC experts are available to offer analysis and describe the latest efforts to mitigate meddling in the midterms. 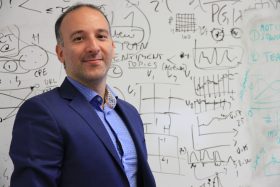 The Ferrara research team is closely monitoring the ongoing Twitter conversation regarding the midterm elections.

“We plan to investigate whether conditioning or manipulation operations will emerge, coordinated by bots or trolls. We hope to highlight any such attempts in a timely manner. However, the volume of discussion that is rapidly growing will pose complex computational challenges.

“From an AI standpoint, our recent research has highlighted increasing levels of sophistication of bots, thus making them harder to identify. As for trolls, we are observing the emergence of accounts standing on both sides of the political spectrum, such as the so-called Twitter ‘NPCs’ (non-playable characters) which often increases the polarization of discussions of political issues.”

Emilio Ferrara is a research team leader at the USC Information Sciences Institute and a research assistant professor of computer science at the USC Viterbi School of Engineering. 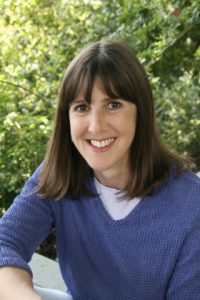 “Meddlers are motivated to influence elections, but more so, they are interested in sowing division.

“In the digital age they target us by our known qualities such as race, gender, interests and passions so that they can use psychological principles to manipulate our beliefs and behaviors.

“We are increasingly more vulnerable to the manipulations of those interested in influencing our opinions, especially as they pertain to elections, faith and trust in government, and camaraderie with our fellow citizens.”

Karen North is the director of the Annenberg Program on Online Communities for the USC Annenberg School for Communication and Journalism. 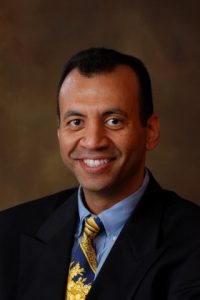 “Social networks are scrambling to filter out fake news. One direction is hiring cybersecurity firms or using pattern recognition to identify fake news sources and content for the important issues. Another is to change fundamentally their model and vet news; this direction is not being explored.”

What does this mean to us as users of social media?

“We must learn to take lightly what we read on social media sites if they are not vetted.”

What does this mean to social networks?

“They will eventually lose credibility as information sources unless something is done. Identifying the sources is one direction, but changing the model to make it more reliable, albeit at the expense of complexity, is another. This is the real decision social networks need to address.”

Ali Abbas is the director of the USC Neely Center for Ethical Leadership and Decision Making and a professor of industrial and systems engineering and public policy, a joint appointment between the USC Viterbi School of Engineering and the USC Price School of Public Policy. 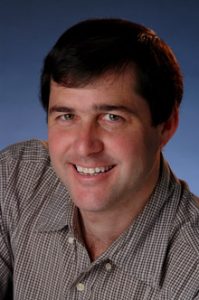 “Recent ‘hacking’ of our elections has involved the use of social media and targeted advertising by foreign nationals to influence voters and spread distrust.

“Hacking of elections can take a more direct form when individuals are able to subvert the hardware and software used to count votes, to manipulate tallies or to cause votes cast in some areas to be lost or voided.

“An adversary able to retrieve information about registered voters could also use that information to falsely notify voters of changes in their polling location as a way to interfere with the ability to cast ballots.

“In most states, including California, information on voter rolls is not protected very well.”

B. Clifford Neuman is director of USC’s Center for Computer Systems Security and associate professor of computer science practice at the USC Viterbi School of Engineering.