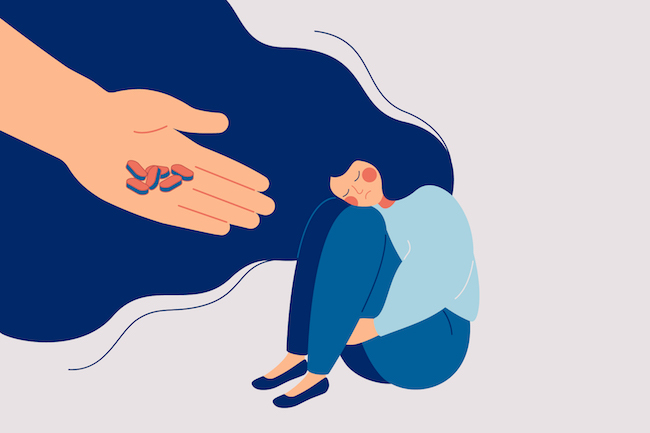 This is according to a new study by researchers at the USC Schaeffer Center for Health Policy & Economics and Keck School of Medicine of USC and published this week in Pediatrics. The study is a significant contribution to understanding opioid prescribing patterns in pediatric patients.

“Most patients, whether young or old, who come into the emergency room are experiencing some kind of pain,” he added. “This is an important finding as we think about the role and best practices of emergency departments in managing that pain while reevaluating how opioids are used.”

Young people have not been shielded from the national opioid crisis: Since the 1990s, children, adolescents and young adults have also experienced dramatic increases in exposure to and harms from prescription opioids.

While recent research has shown a link between exposure to prescribed opioids in the emergency room and future opioid misuse among young people, the Centers for Disease Control and Prevention (CDC) guidelines for opioid treatment are specifically for adults. In fact, the CDC guidelines explicitly exclude children because of the lack of an evidence base for prescribing standards. Furthermore, some pediatric pain experts have warned of potential serious negative consequences when applying the adult guidelines to the younger population.

The authors say identifying disparities between pediatric and general emergency departments provides opportunities for the development of best practices in emergency care and pain management for young patients.

Opioid prescribing habits for adults “trickle down” to children

Menchine and his colleagues analyzed a large nationally representative data set of emergency department visits from 2006-2015 compiled by the CDC to assess whether or not the hospital setting was associated with differences in prescribing patterns. They defined a pediatric emergency department as one in which the average age of patients treated was under 18 and less than 10% of visits were from patients over age 25. In their data set, nine out of 10 young persons were treated in general emergency departments.

The researchers also looked specifically at young adults and children who came into the emergency room with a fracture or dislocation. They found 39.1% of those treated in general emergency departments received an opioid prescription at discharge compared with just 11.9% of those treated in pediatric settings.

Extrapolating out, the researchers estimate that if general emergency departments had employed a similar prescribing pattern as pediatric emergency departments, 28 million fewer opioid prescriptions would have been given to children, adolescents and young adults over the study period.

“We would like to believe that the decision of whether or not to prescribe a patient an opioid would be largely driven by the patient’s condition. However, these findings highlight how the culture of the particular environment are huge drivers of prescribing,” Menchine said. “It seems like the general habit of high levels of opioid prescribing to adults simply trickles down to children and adolescents when they are treated in general emergency departments.”

Menchine and his colleagues point out that adult emergency department patients report significantly higher levels of severe pain and have more chronic painful conditions which may lead to expecting or demanding higher rates of opioid prescribing. General emergency department providers may therefore have a higher set-point, whether intentional or not, that may influence prescribing for adults and children.

The authors say given adolescents’ vulnerability to drugs due to their changing brain chemistry, as well as the nation’s opioid crisis, understanding why the disparity in prescribing occurs is an important next step in the research.