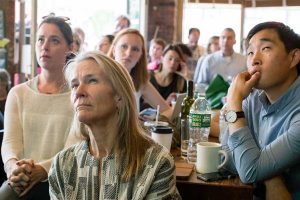 Cable news networks are the must-see TV of the Trump era. Primetime cable news audiences increased 55 percent in 2016, according to the Pew Research Center, and have stayed strong amid events such as the recent hearings held by the U.S. Senate Intelligence Committee. USC experts explain how such political events and news become a highly watched spectacle influenced by pop culture, ritual, storytelling and, in some cases, fake news. 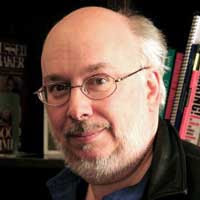 “Donald Trump is a product of three different strands of popular culture. For sure, he was one of the reigning kings of reality television. On his show, there were no juries, no votes from the audience. Trump could fire anyone he wanted and there was no one to ask any questions afterwards. He was also a product of professional wrestling, having performed off and on through the years on the WWE. There, he learned that the way to hold onto your audience was to generate ‘heat’ – that is, to say outrageous things which provoke emotional responses, positive or negative from the audience.

“Third, he was a star on trash talk radio – in particular, on the Howard Stern show, which is where so many of his more outrageously sexist comments come from. In many of these formats, the star is set up against an embodiment of the system –often, in the case of the WWE, the announcers (or the media) so, again, Trump knows how to play this role very well. None of these formats follow the rules of traditional political journalism, let alone your high school debate team, so many reporters have felt themselves constantly blindsided by Trump and not sure how to find the truth in a discourse that, like the formats from which it originated, consistently blurs the line between fact and fiction.”

Henry Jenkins can respond to inquiries about popular culture, media history, entertainment, and transmedia storytelling. Jenkins is a provost’s professor of communication, journalism, cinematic arts and education at the USC Annenberg School and the USC School of Cinematic Arts. 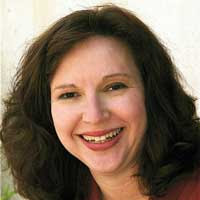 “At the very moment when many Americans blame the news media for their role in fomenting political polarization, it is, ironically, the news and the media that still bring us together. Case in point, the recent testimony by former FBI director James Comey drew 19.5 million television viewers plus millions more who streamed, time shifted or watched the proceedings online. Even if many of those millions would not agree on who did what to whom and when, they could agree that viewing the spectacle was a ritual of citizenship, affirming national values and a common national good.

“Since the dawn of television in the 1950s, political spectacles have attracted large audiences. The Army-McCarthy hearings, JFK’s funeral, the Watergate hearings, and the Iran-Contra hearings have been opportunities for Americans to reflect on sin, sacrifice, guilt and salvation within the national context. Larger-than-life, these televised trials remind audiences that their own individual stakes in society are bound to a higher notion of what it means to be an American. That notion is the belief that America remains a city on a hill, a home for freedom, democracy and opportunity.”

Diane Winston can discuss the secular ritual of watching political hearings. Winston is an expert on media coverage of religion and politics. She holds the Knight Chair in Media and Religion at the USC Annenberg School of Communication and Journalism andis the director of the publication Religion Dispatches. 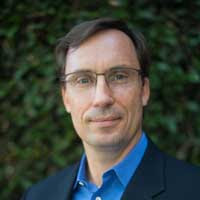 “These hearings provide a civic classroom on our system of checks and balances. It’s like an engineer stress test: This administration is revealing dynamics between and within the branches that we normally wouldn’t see. Typically, the Attorney General and FBI Director are viewed as part of the executive branch, but in fact, the Attorney General belongs to what scholars call the ‘presidential branch of government,’ which includes the Cabinet and White House staff. The FBI director is intended to be somewhat independent of the president, given the director’s 10-year term, and is part of the permanent bureaucracy. These obscure components of the executive branch can come into conflict, as we saw in testimony. Attorney General Sessions’ first loyalty was to President Trump, while former Director Comey sought to protect the integrity of the FBI.

“We are also learning about our checks and balances through the courts. The states’ attorneys general are coordinating efforts to challenge the president’s ‘travel bans,’ although immigration and foreign policy are usually viewed as matters of the federal government. In addition, private entities and the states are suing the president under the emoluments clause, which had been dormant because presidents usually hand their business affairs over to a blind trust to avoid potential conflicts of interests. The more we watch, the more we learn about these latent features of our governmental design.”

John Elliot “Jeb” Barnes can answer questions about politics and legal issues surrounding congressional investigations and hearings, courts and judicial processes. He is an associate professor of political science at the USC Dornsife College of Letters, Arts and Sciences.

Conflation of truth and fiction in politics 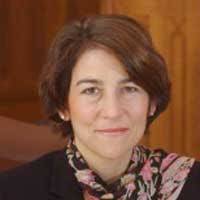 “Lately politics is so startling, that it almost seems to be spectacle more than reality. The practice of conflating reality and fiction has been with us since the advent of television. Technological innovation required candidates be charismatic in the public eye; it was important to be telegenic. This gave an advantage to actors who could play the leading role. President Reagan, an actor, famously based his presidency on filmic representations beginning with ‘King’s Row’ and continued with intertwining of film and politics. He used movies as his own basis for judging reality.

“We are unsure whether the present political drama unfolding is Shakespearean with the demise of a tragic figure destroyed by hubris, surreal events, or theatre of the absurd.” 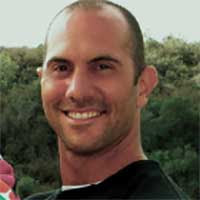 “The path to the White House, typically forged by lawyers and statesmen, has found a new road from reality television. Is it any wonder that the line between news and sensationalist entertainment has been blurred? As we struggle to discern the difference between facts and alt facts, the real and the fabricated, technology is being rapidly developed to produce photo-real virtual avatars modeled from existing photographs.

“New text to speech applications and facial mapping can enable that avatar to say whatever an author wants it to say. Trusting the source of our information will become more and more vital as virtual and augmented technology progresses. At the MxR Lab we’ve discussed the possible future need for a ‘watermark’ to let a viewer know they are in a virtual environment or consuming synthetic information.”

David Nelson can speak about modern, high-tech storytelling, including the use of virtual reality for TV documentaries. He is a special project manager at the USC Institute for Creative Technologies.