CPR: Your Chances Of Survival Are Better On TV 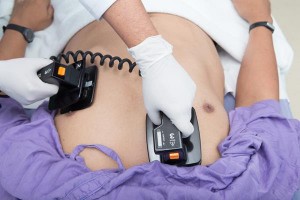 If you think that performing CPR is a surefire way to save the life of someone whose heart stopped, you may be watching too much TV.

The truth is more depressing than fiction: You would have a better chance at survival after CPR if you were a character on the medical dramas House or Grey’s Anatomy than you would as a real patient, according to a study by University of Southern California Davis School of Gerontology researchers.

Characters on the TV shows who were administered CPR survived nearly 70 percent of the time, but the real immediate survival rate is nearly half that – around 37 percent.

Researchers also found another discrepancy between reality and TV: Half of the characters who received CPR made enough of a recovery to eventually leave the hospital, but in reality, only 13 percent of patients administered CPR survive in the long-term, said senior author and Davis School Associate Professor Susan Enguidanos, an expert in end-of-life care.

A comparison with a similar study conducted in 1996 shows accuracy rates of television CPR depictions have flat-lined. The shows seem like harmless entertainment, but widespread inaccuracies in medical dramas could have real-life consequences, the scientists warned.

An estimated 42 percent of older adults report that their health knowledge comes from TV.

“Most people have no knowledge of actual CPR survival and thus make medical care decisions for themselves and family members based on inaccurate assumptions,” Enguidanos said.

For the study, the research team watched episodes of both medical dramas that aired during 2010 and 2011, and found 46 separate depictions of CPR—involving either chest compressions or defibrillation. Investigators recorded whether the patients lived or died, along with the cause of cardiac arrest and the apparent backgrounds and ages of those receiving CPR.

Researchers found a number of discrepancies between TV and reality:

“The findings from this study emphasize the need for improved physician-patient communication and discussions around advance care planning decisions, such as CPR,” said Jaclyn Portanova, Davis School Ph.D. in Gerontology student and first author of the study. “Without these discussions, patients may rely on misinformation from TV in their decision-making.”

The study was co-authored by Bachelor of Science in Human Development and Aging student Krystle Irvine and Master of Science in Gerontology Jae Yoon Yi. It appeared online in the journal Resuscitation on Aug. 18.